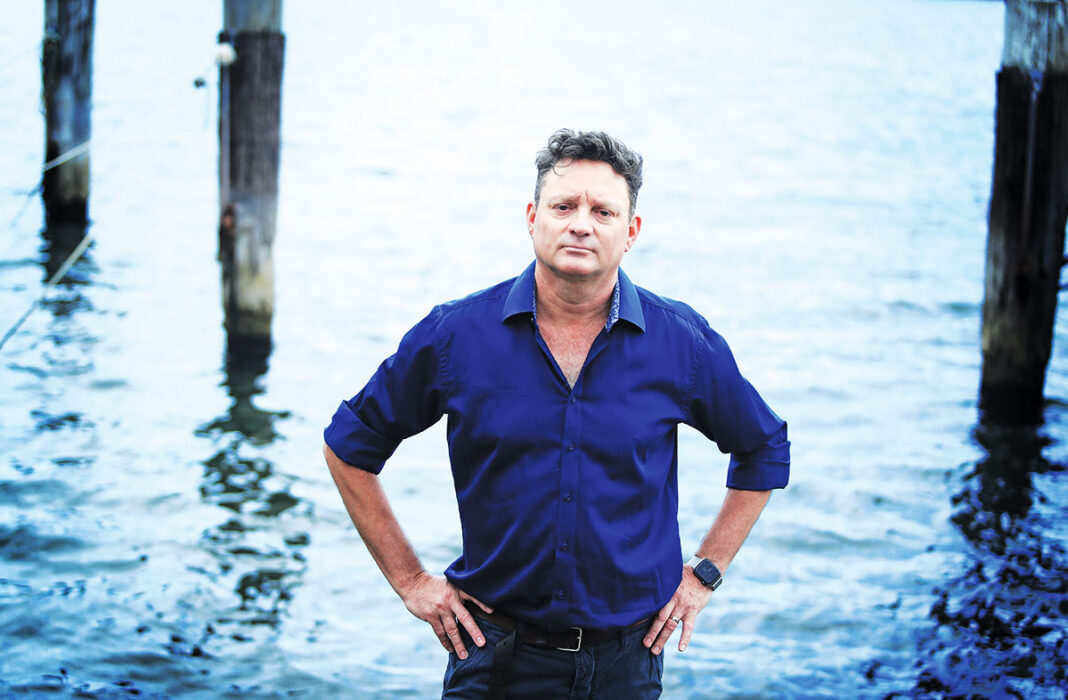 Matthew Spencer was a journalist at The Australian newspaper for 20 years, with long stints running the foreign desk and as opinion editor.

He has written for newspapers and magazines in Uganda and Kenya and been published in The Australian Financial Review and The Sydney Morning Herald.

Mr Spencer has drawn on both his journalism experience and his childhood growing up on the grounds of the Kings School in Parramatta to write Black River, his debut novel.

Mount Gambier Library Team Leader Kristi Brooks said that Mr Spencer has only fond memories of his boarding school days, however Black River is quite the opposite; it’s dark, moody and scary – an utterly compelling read.

Black River centres around the murder of a young woman found on an elite boarding school’s deserted grounds during a long, burning summer in Sydney.

The city is on edge.

A serial killer is preying on victims along the bands of the Paramatta River.

Adam Bowman, a battling journalist, might be the only person who can uncover the links between the school murder and the ‘Blue Moon Killer’.

But he will have to go into the darkest places of his childhood to piece together the clues.

Meanwhile, Detective Sergeant Rose Riley is part of the task force, desperately trying to find the killer before he strikes again.

Adam’s past might turn out to be Rose’s biggest trump card – or it may bring the whole investigation crashing down and put her own life in danger.

“This is the crime thriller of the year,” he said.

Mr Spencer will be at the Millicent Public Library at 11am, and at the Mount Gambier Library at 7pm, with the free in-conversation event hosted by former ABC South East journalist Alan Richardson.