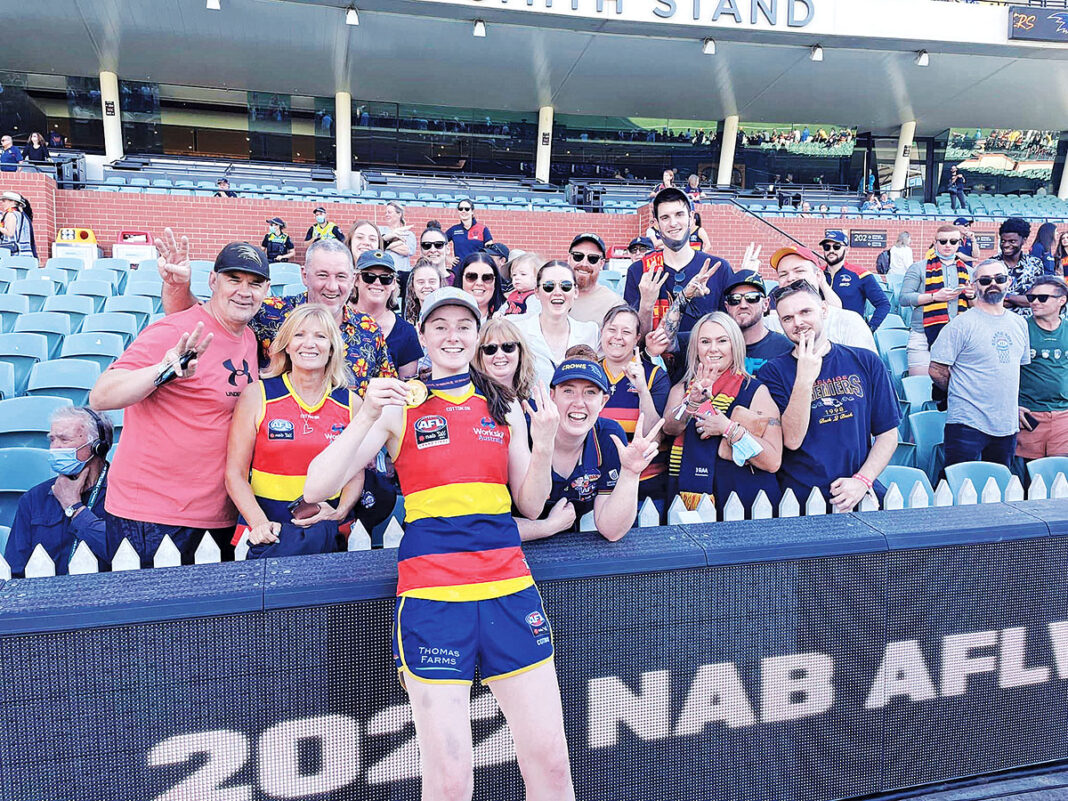 The Adelaide Crows turned its dominance of the NAB AFLW into a dynasty last weekend when it won a third flag in five years.

The Crows completed the trifecta by overcoming a spirited Melbourne team led by Daisy Pearce by 13 points in a tight arm wrestle at Adelaide Oval on Saturday afternoon.

One of the key figures to the success from the very beginning is Millicent’s Sarah Allan, who is the general of the backline.

She reaffirmed her reputation by collecting 11 disposals and repelling many Demons’ entries inside 50 on the big day.

Mount Gambier’s Brooke Tonon was omitted from the team after the preliminary final, but was described as a “premiership player” by coach Matthew Clarke.