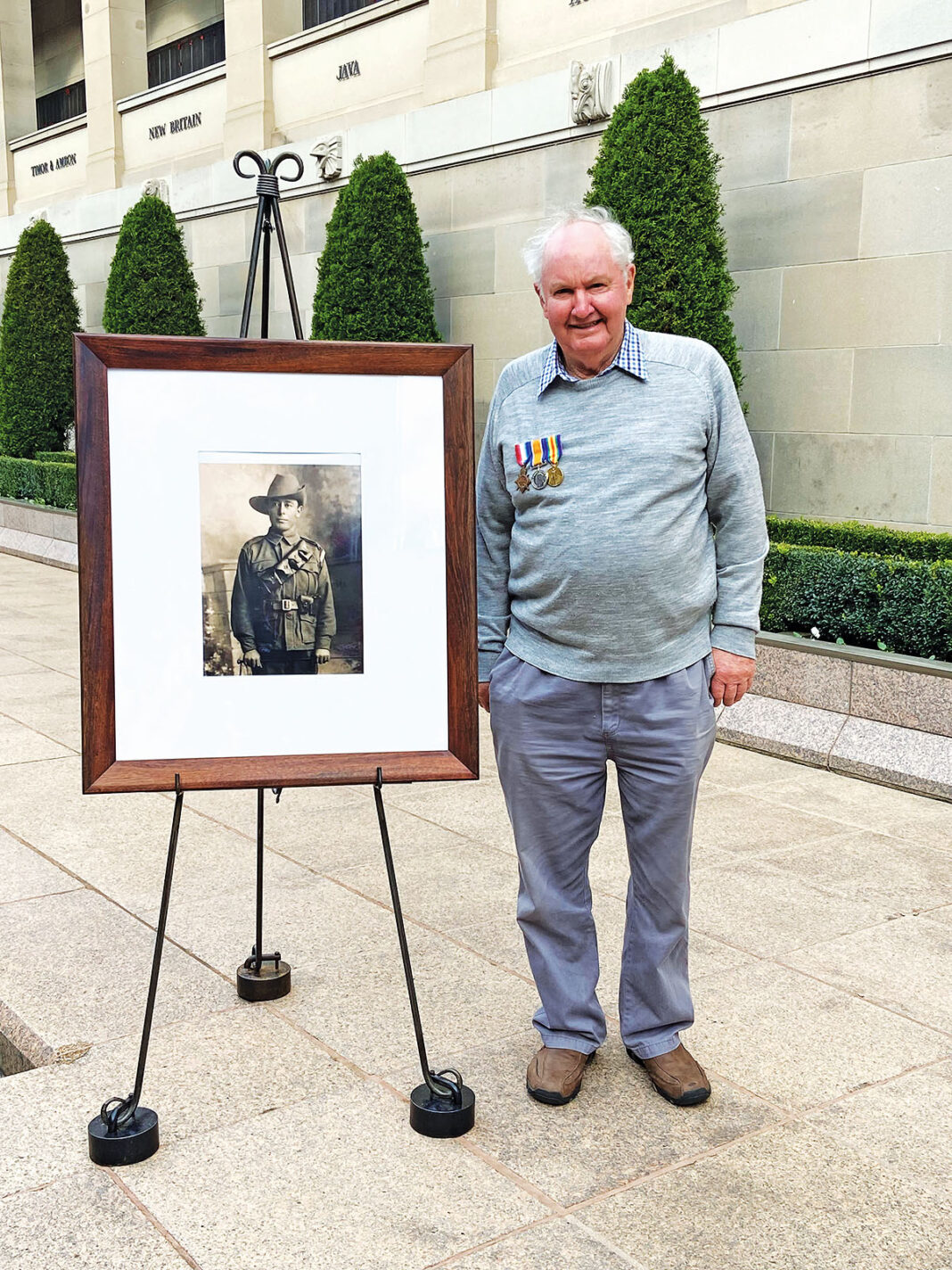 Local soldier the late Provo William Medhurst has been honoured in a Last Post ceremony at the Australian War Memorial in Canberra.

The ceremony took three years to come to fruition and was attended by nine of his relatives who laid wreaths around his photo.

Mr Medhurst’s great niece Karen Lyons applied for the ceremony in his honour after visiting the Australian War Memorial in July 2018 and watching a Last Post ceremony take place.

The Last Post ceremony is presented in the commemorative area of the Australian War Memorial every day commemorating more than 102,000 Australians who have given their lives in war and other operations and whose names are recorded on the roll of honour.

At each ceremony the story behind one of the names on the roll of honour is told and on April 3, 2022, it was Mr Medhurst’s story who saw the light.

Mr Medhurst was born on March 31, 1887 at Moorak, attending school at Glencoe and becoming well known in the region for his sporting ability and his skill as a horseman.

Before the outbreak of war in 1914, Mr Medhurst was working as a labourer in his hometown.

He was assigned to the 9th Light Horse Regiment as a trooper when he volunteered for active service on September 7, 1915.

Mr Medhurst died aged 31 during an attack by Turkey on the Palestinian village of El Salt that forced the allies to withdraw on May 3, 1918.

The attack claimed more than 300 casualties in the mounted regiments alone.

He was hit in the chest by machine gun fire which killed him instantly and was buried at the foot of the ridge by his comrades on the same night he fell.

While serving he gained the nickname Paddy with his comrades later saying “he was well liked among the mob and always did his bit, always smiling … we all liked Paddy”.

Attempts to locate his final resting place after the war were unsuccessful, and he is commemorated today on the Jerusalem Memorial in Palestine.

“His name is listed on the roll of honour on my right among almost 62,000 Australians who died while serving in the First World War,” Mr Clayton said during the prestigious ceremony.

“This is but one of the many stories of service and sacrifice told here at the Australian War Memorial.

“We now remember Trooper Provo William Medhurst who gave his life for us, for our freedoms, and in the hope of a better world.”