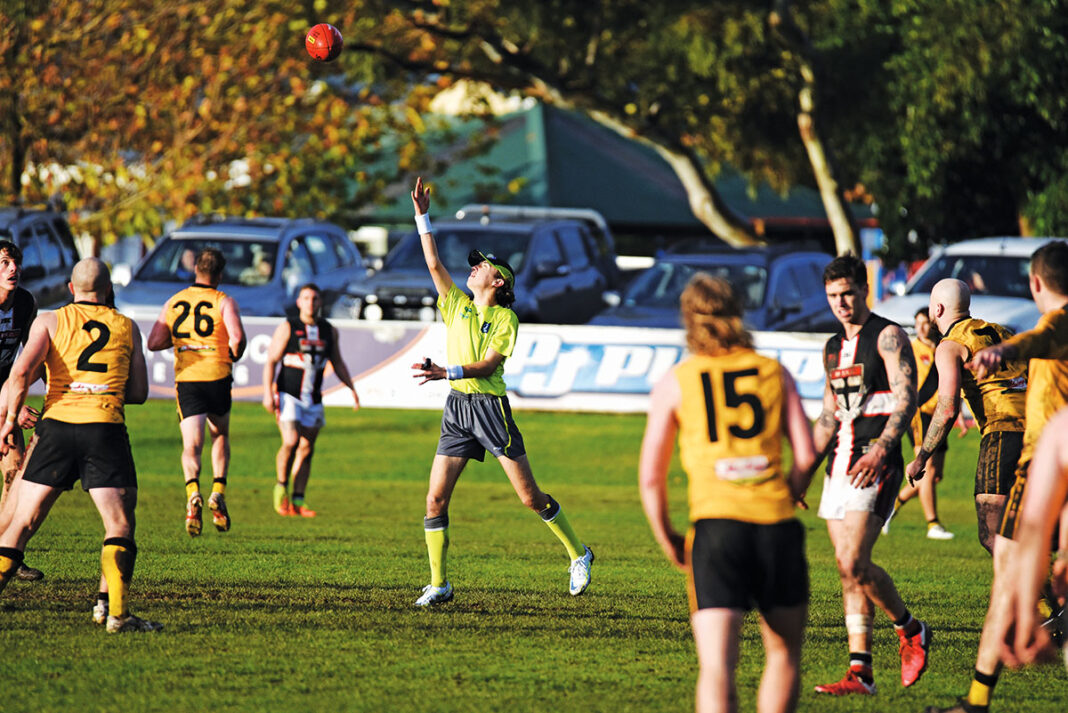 Umpire abuse and numbers have been issues circulating in the background of the local football competitions this year and one club has declared enough is enough.

After numerous incidents have been reported throughout the 2022 Western Border Football League season alone, some are over it and West Gambier Football Club president Shane Giddings has urged spectators to improve behaviour or they could find themselves being shown the gate.

Giddings took to Facebook to spread his message and the post not only threatening to kick abusers out, but also encourage them to blow the whistle themselves.

The man called “Fridge” said he has often felt “embarrassed” and has called for a respectful atmosphere at Malseed Park.

“As the West Gambier Football Club president, the biggest frustration and disappointment of mine is the entitlement we have of voicing our frustrations at volunteers umpiring the reserves,” he said in the statement.

“The Western Border umpires board like our very own club are experiencing difficulty in getting people to fill duties weekly and as a result both playing clubs are required to find volunteer umpires weekly.

“Frustratingly it has been raised with me last week that as a club, a West supporter felt privileged enough to abuse an umpire on a decision they failed to agree with.

“This has been a regular occurrence with me this year and not only am I embarrassed personally but I have even had to tell parents/supporters to lower their voices and stop similar behaviours during junior grades towards the umpires.”

Since 2021 the South East Football Umpires League has not been in position to continue supplying field umpires for the Reserves grades, plus some Under 14’s games which has forced club volunteers to take the step up.

Unfortunately, this has been the arena where most of these incidents have taken place and Giddings has put the onus on his club to improve otherwise they will need to umpire themselves.

“Most are dads doing a job they do not want to do for our kids to play a game we want them to play, so, I/we as a club will not be tolerating this behaviour anymore,” he said.

“If you are a West supporter/volunteer and want to abuse an umpire you will be asked to leave on the day and given the contact details of the Western Border umpiring coordinator, so we do not waste your apparent skill set.

“As a player if you abuse an umpire you are required to umpire before you play again.

“If you take offence to this feel free to call me.”