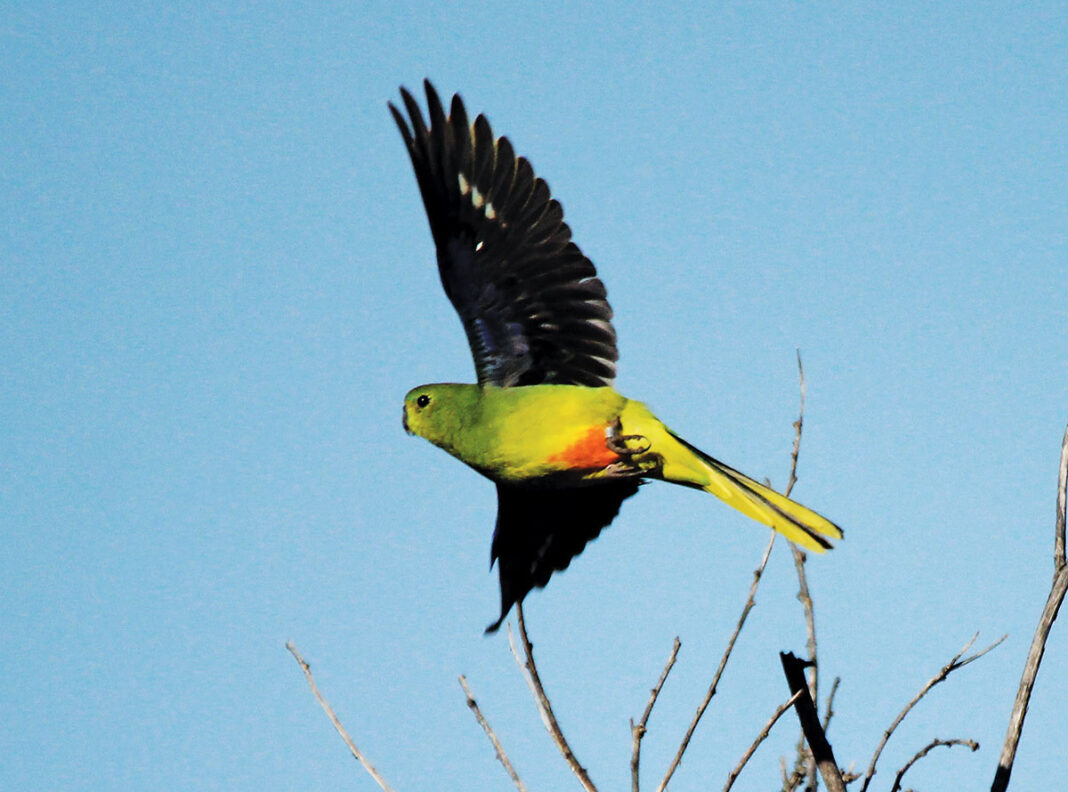 Limestone Coast residents are being encouraged to be on the lookout for the critically endangered Orange-bellied Parrot in the region.

SA Orange-bellied Parrot regional coordinator Bob Green said, with the first of the 2022 official winter counts under way, it was a timely reminder for people to be on the lookout in coastal and near coastal areas for the rare bird.

Mr Green said it was rare for the species to be seen more than a few kilometres from the coast or lake shores.

“The 2021/22 breeding season has ended, overall it was a good year for OBPs, with 60 wild-fledged and 50 captive-fledged juveniles joining the wild population, meaning that around 140 OBPs have departed the breeding grounds, hopefully to arrive on the mainland for the winter,” he said.

“Last year saw the first confirmed record of OBP in SA for eight years, although multiple other reports had been submitted in recent times, none could be confirmed by either follow up searches or based on the observational information supplied.

“It is hoped this year the birds seen last year may return and possibly bring additional birds with them.”

Mr Green said the parrots were usually found on mainland Australia between March and October and migrated to Tasmania in late spring.

“A difficulty with searching for the rare bird is its similarity to three similar parrots that occur in similar habitats, to counter this identification workshops are run each year to show the differences and for people to learn how to confidently identify these birds.

“One workshop is being held in the Lower South East on May 28, and another on Hindmarsh Island on June 11.

“Anyone is welcome to attend but registration is essential.”

Should anyone be interested in attending either of the workshops, or to be involved in one of the surveys run during May, July and September,  contact Mr Green via email shriketit@bigpond.com or call 0407 649 909.