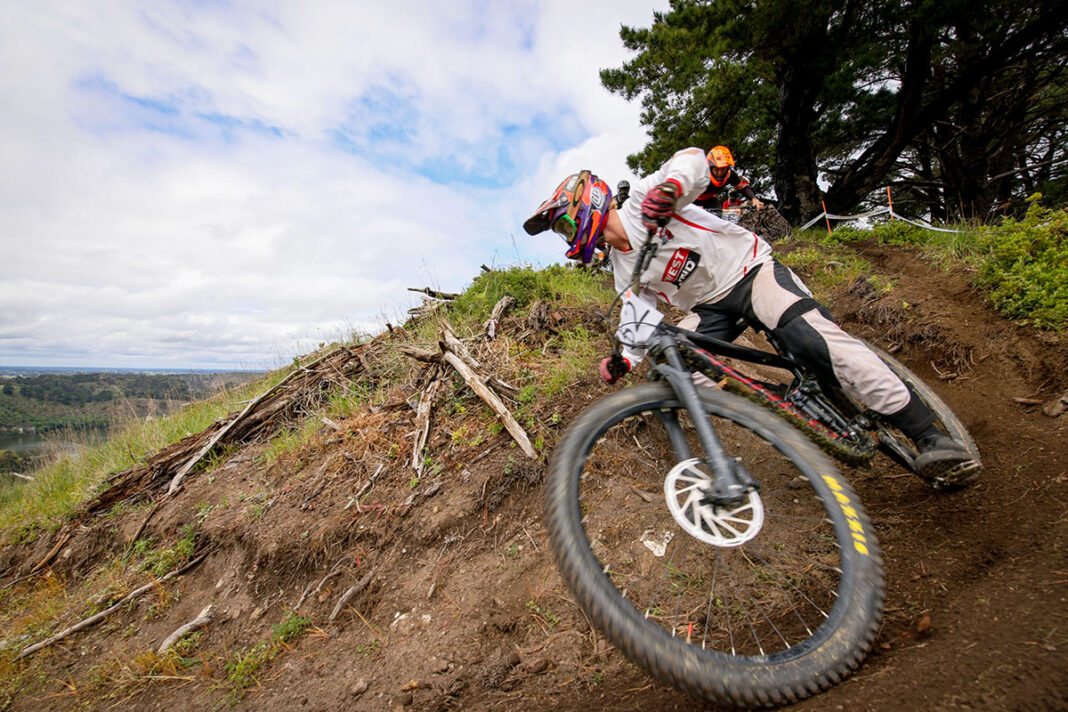 The Limestone Coast Mountain Bike fraternity will rise from the ashes this Sunday by hosting its first major event of the year with riders coming from far and wide to compete in the Gravity Enduro.

Despite fires burning through many of Mount Gambier’s revered and respected mountain bike tracks in January, the Valley Lakes will roar back to life with hundreds of riders flying down the slopes in search of the fastest time at the second round of the Gravity Enduro South Australia Series.

With the usual event hub location of Browns Lake currently fenced off, the heartbeat will be at Marist Park, which is the finish line for several the trails in use, while another fast and technical course will also challenge riders going down the Leg of Mutton.

Action will start from 10am and finish around 2pm, which means fans will be treated to around four hours of breathtaking and adrenaline pumping riding, especially if rain arrives.

Simply bringing the event to life was a massive achievement and Mount Gambier Mountain Bike Club president Shane Dejong said it will be a big moment after many months when planning was in limbo.

“It was kind of weird because we did not realise it was going to happen,” he said.

“We just assumed it was not going ahead with the fires and such a short margin for it to get done.

“So it seemed like it was all a bit last minute and we have botched it together.

“The Mount Gambier City Council has been super supportive in everything we wanted to do and made it happen.

“It has been tricky for everyone because they do not know themselves which made the whole planning process rushed.

“It has been a pretty stressful couple of months but now looking back we feel like we have done a good job because the tracks we are going to use look pretty awesome.”

Sadly, the tracks dropping from Centenary Tower and into Browns Lake that left such a big impression on the world class field last year are out of action due to the fire, but fortunately there are still plenty of tracks available and Dejong promises the new course for 2022 will offer something unique.

“We have two tracks going into Marist Park and also “Nurses Curses” which is from the back of the old hospital and into the Leg of Mutton,” he said.

“We also have two that we are utilizing into Browns Lake, but they do not go anywhere near the danger zone at all.

“Most of the courses are technically challenging, but there is one section going into Browns Lake which can be hard.

“There are ways around it, but you must give up time to take the easy route.

“There is not anything that is super scary, but its technically challenging at reasonable pace.

“Probably the most challenging thing is the steepness here where you have to brake at the right spots.”

In previous years this event has brought some of the world’s best riders to the Limestone Coast in addition to the masses.

However, with the world opening up Dejong confirmed some of the big stars like last year’s winner Sam Walsh will not be able to return due to outside commitments.

But he did say a greater amount of riders are anticipated to come into the region with restrictions no longer in place.

“We have lost a few names which is a bit sad, but they are racing in the world enduros which is an awesome opportunity,” Dejong said.

“Last years winner Sam Walsh wont be here or the third place finisher Cameron Ryan, but the runner-up Steve Gebert will be back.

“Will Ride is coming down to ride e-bikes from Adelaide and is very good as well. I think we had about 170 entrants last year and this year we will have 260 with 17 locals.”

Despite the big increase in participation numbers, locally the mountain biking fraternity has shrunk slightly since the fire.

Dejong said he hopes this event can rekindle the region’s passion for the sport which was rapidly growing before the unfortunate accident.

“With the fires coming through we have not seen the numbers grow as much as before,” he said.

“The core group keeps on working hard, but the greater community that were starting to ride have found other things to do because the trails are not the most family friendly.

“So it will be interesting to see if they come back and watch and hopefully it sparks people up to dust their bikes off and come down again.”