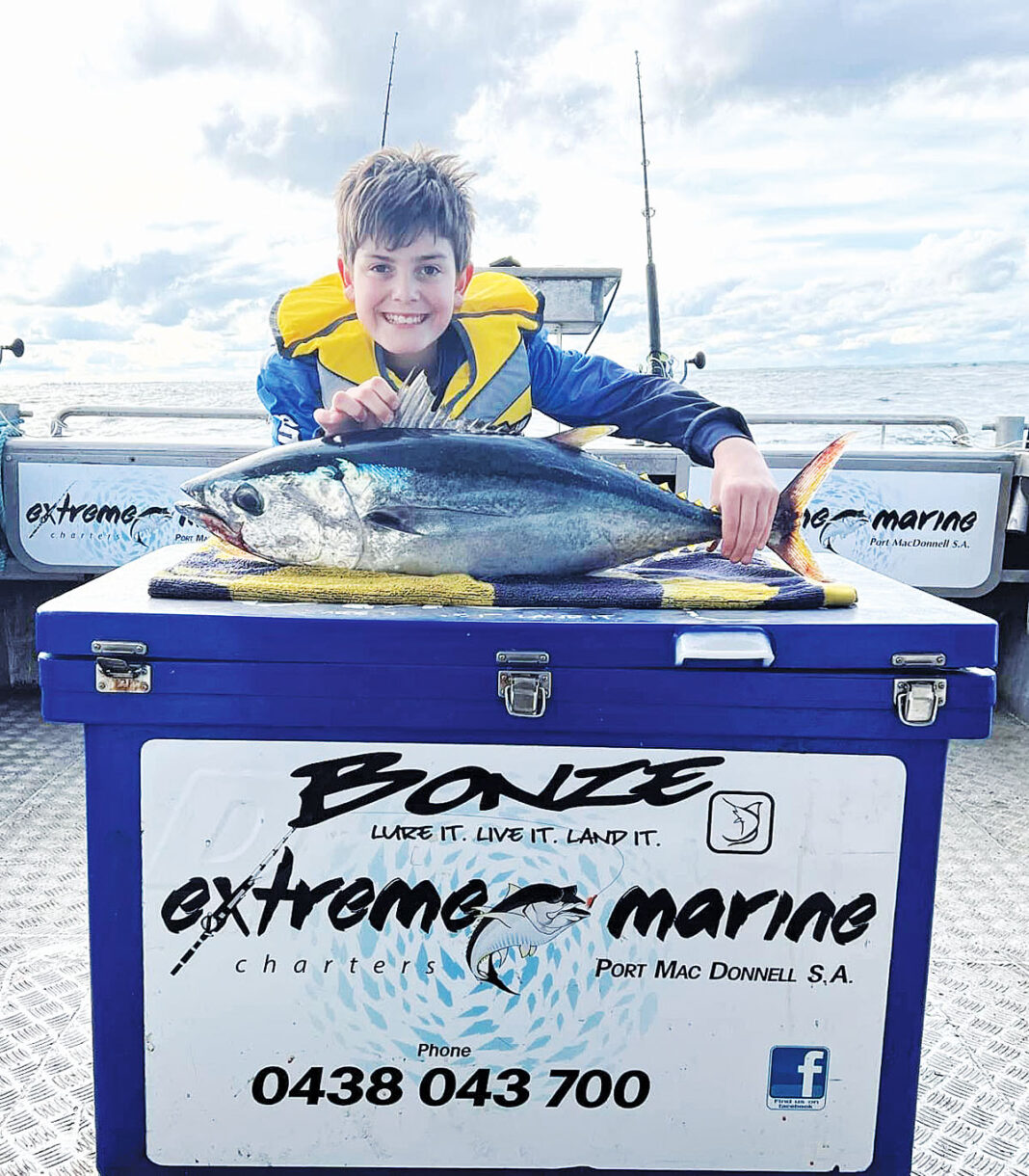 Apretty miserable weekend of weather across the South East has not been enough to keep the keen anglers away, those who do not mind a bit of rain found some reasonable fish right across the board, so let’s get into it.

Despite all the boats offshore over the weekend, there were only a handful of barrels caught that I have heard about.

The hot area still seems to be that 18mt – 40mt zone, and if you can find the bait fish, generally the predators are not far behind.

Live baiting has become more and more popular this season as we start seeing more boats fishing in the same area.

Jigging up the live baits on bait jigs, pitching them into a bait ball and hanging on for dear life is my kind of fun.

The trollers are still finding fish too, the weapons of choice have been mixed between manufacturers, but the style is all very similar, 8-to-10-inch, bullet or smoker heads and spreader bars.

The school fish are in no shortage of supply, with most boats finding countless numbers over the weekend.

Jamie Widdison took the young fellas on the weekend and between the three lads they managed to land 12 school tuna, and even had a crack at a much bigger fish that just was not to be!

There’s not a lot of bottom fishing news, but that’s largely due to the weather being only just good enough to troll.

We will see some better weather soon, and I am sure the bottom bouncers are all looking forward to that.

The salmon news has all been from the Beachport and Canunda areas.

Fish to a kilo and a bit from the salmon hole have been fairly common, with the odd one nudging 2kg or better.

Flicking lures is the pick of ways to get into them; you can cover a bit more ground that way.

The baito’s are still finding their fair share too though, pilchards or squid strips are a good way to go, and a simple paternoster is the pick of rigs.

The fishing at Carpenter Rocks has been hard going.

Between weed, clear water and a big mob of seals who have moved in down there, things are tough.

There has been the odd fish caught by the bait fishos in the eastern end of Redrock Bay towards the Yacht, but they’re not big numbers.

Nene Valley has seen a few fish and much like Beachport, they’re predominately that 1kg – 1.5kg average sized fish.

I’m sure there’s the odd bigger fish out there with them, but you have got to fish through the smaller ones.

A few anglers have been targeting the mullet in the shallows and having pretty good success.

In the corner of Bucks Bay, Pelican Point and Blackfellows Caves have been productive, but any sheltered bay with a bit of weed and sandy bottom should produce a feed.

Get the burley in the water and you should not struggle too much.

Garfishos, much like the mullet anglers, have been finding some good numbers.

The usual hunts such as Petrified Forest, Cape Douglas and Livingstons (when the weather allows) have all been fairly reliable.

The size has been a talking point here in the shop more so than numbers, but when the fish are bigger-than-average size, you do not need 20 of them.

There have been a few locals heading down to the Valley Lake in Mount Gambier and chasing the carp down there.

They are not really good for too much, but they’re a great fight and really put in.

The flat grassed area to the left of the boat ramp is a good spot to fish, and sweet corn or bread is a simple and easy bait to use.

Fish in the lake can get up to 10kg or more, but most recently have been anywhere from 500g through to 4kg – 5kg, so great fun.

If you do get a few, chuck them in the bins up there, or take them home and dig a hole in the veggie garden and bury them, they make a very good fertiliser to get ready for the upcoming spring veggie season.

The Glenelg River can be a frustrating place but just when you think the bigger mulloway have turned up and they’ll be a bit easier to catch, they completely go missing for most anglers.

There was a handful of very reasonable fish caught recently and anglers in the know were thinking that’s the start of the big run, but for most fishos that was not the case.

There have been on or two caught that I know about, and they have been very spread out, but with a bit of rain forecast this week and the weather looking like it will settle nicely towards the back end of the week, things are looking pretty good for this coming weekend.

The bream and perch have not slowed down at all, they have been in excellent numbers right along, so if you’re chasing those, you should do well.

Light winds, easing seas and good tides this weekend are all big thumbs up.

Those who have been waiting for a break in the weather will no doubt hit the water this weekend.

Let’s hope they have got it right anyway.