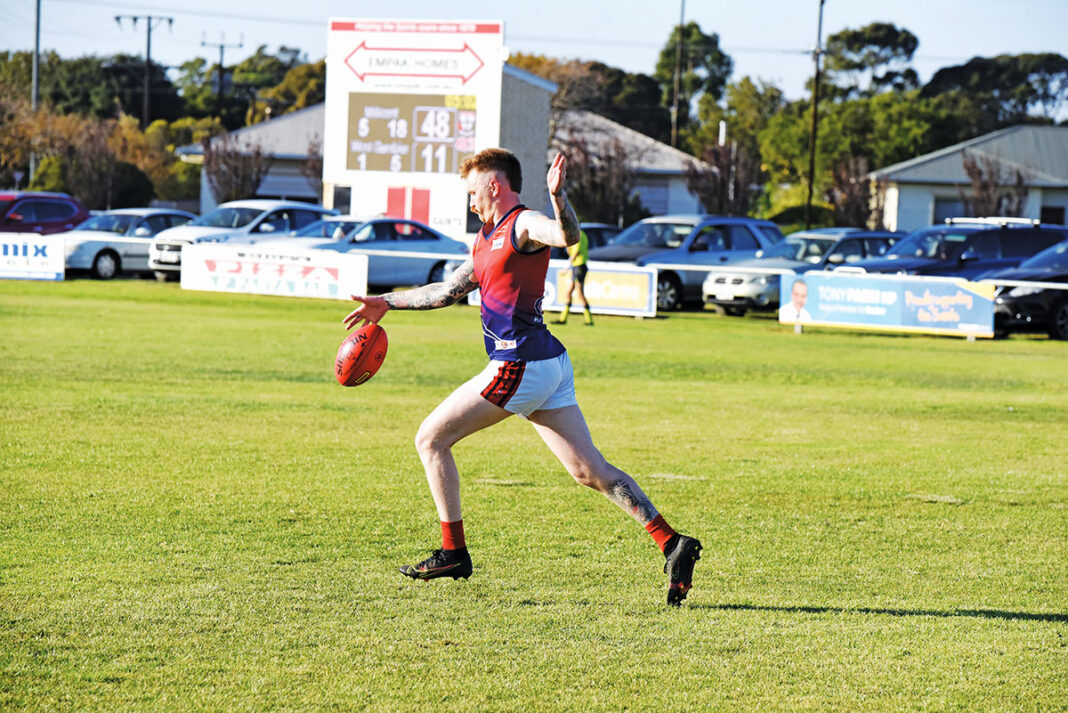 Fight for finals goes up a notch

Only one game separates North Gambier, West Gambier and Casterton Sandford in the fight for finals and the events of this Saturday could have a huge say on the end result.

The big game of the 12th round of the 2022 Bendigo Western Border Football League will be at Vansittart Park where the Tigers and Roos face off.

Both teams are currently in the finals and are beaming after important wins last weekend, but need to keep the momentum going forward.

The two clashes earlier this year suggest fans could be in for another enthralling contest with the bragging rights currently split.

A return to Vansittart Park for West rekindles memories of Daron McElroy’s and Mitch Cornolo’s heroics from round 2 where they pulled an unlikely win out of the fire.

But the Tigers also have reasons to be confident having just disposed of East quite comfortably and outmatched the Roos away from home by 21 points in round 7.

Their big trump card is Sam Stafford, who is the form player of the competition at the moment having kicked 16 goals in his last two games and another big haul will bring him on the cusp of the 250-goal milestone.

West Gambier assistant coach Nathan Lewis said slowing Stafford will not be easy, but feels his team has what it takes to push for the premiership points.

“We should be full strength and we feel like we match up well,” he said.

“They have a few guys who kick goals like Sam Stafford and we have few players who could be capable of playing him like Lewis Lean and Todd Mcpartlan who have been great for us down there.

“They are always a hard to beat.”

After losing to two of their respective nearest rivals, Casterton Sandford and Millicent feel it will be important to sing the team song again at Island Park.

The Saints in particular will be determined to regain some pedigree after receiving a touchup by South Gambier in the top of the table battle at home.

That result makes this road trip all the more important, but the visitors cannot take it lightly after the Cats came within four points of snatching victory in the previous contest.

If the Victorians can hurt the young Saints side early and make it a contested battle across the four quarters, this could be another intriguing contest.

East Gambier – a team winless for nine weeks – faces the dauting task of taking on South Gambier on home turf at full flight.

The Demons have only lost one game and appear to be nearing top gear with big names starting to comeback and helping the whole team play super aggressive football.

With sunny skies forecast for Saturday it could be perfect conditions for South to go on another charge and setup another big win after winning the previous two clashes by 44 and 65 points respectively.