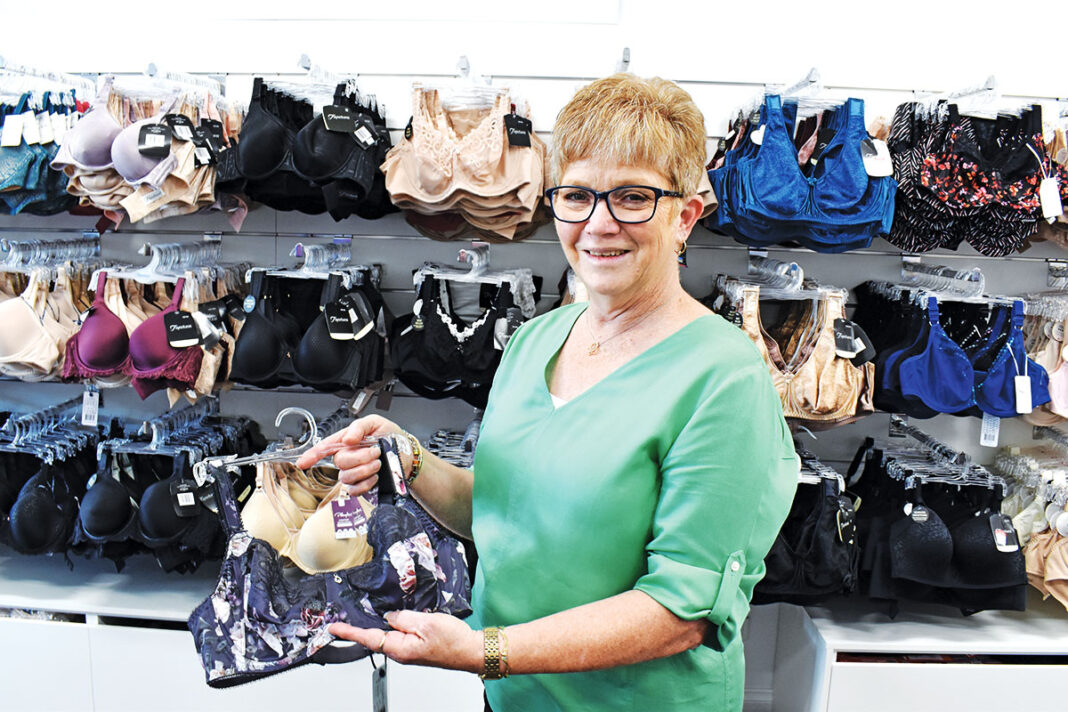 There’s not much about lingerie that Mount Gambier’s Sherilyn Wilson does not know – as she notches up 50 years in the industry.

Mrs Wilson started working at Josephine’s owned by Josephine Pasin on Commercial Street in May 1972 after completing what is now known as Year 12 the previous year.

In the late 1980’s the business expanded from just lingerie to high end fashion, bridal and clothing, and in the 1990s the franchise increased to include Gem Stores.

Mrs Wilson worked between both stores and was involved in nearly all aspects of the business including buying, selling, fashion parades, Fashions on the Fields and the Women’s World program on Channel 8.

She was exposed to a series of high-end designers in the 1980s and 1990s including the likes of the late George Gross and Harry Watt of Harry Who, Shirley Brown and Jane Lamerton.

“I got exposed to the really high-end world of fashion right here in Mount Gambier,” she said.

“A lot of high-end shoppers came down here because they got personal service.

“It was a destination shop, and I learnt the art of putting things together, colouring and styling.

“I also met Denise Drysdale and got to dress Mem Fox every season.”

Mrs Wilson said she enjoyed dressing brides and their family.

“The bride would come in looking for a dress and we would end up seeing the finished product as a family member would often come in with a photo to show us,” she said.

“It was really rewarding to see that it worked out for them.

“I would fit people from when they were a teenager and see them grow up through the years, dressing them for their deb, wedding, bras, and then fitting their own children.

“I have been in this industry for so long that I see generations of people and they still come back, even today.”

Mrs Wilson continued with Josephine’s until its closure in 2012, before joining co-worker Sharon Tuffnell who started Bare Necessities Lingerie with Mrs Pasin’s blessing.

While she has seen Mount Gambier’s Commercial Street and industry trends change, Mrs Wilson’s philosophy has remained the same.

“I serve customers how I would like to be served, always have and always will,” she said.

“There has not been a day in 50 years where I did not want to go to work.

“I think I am the luckiest person in the world because I have the best career.

“I still love it and would like to continue for a while longer.”