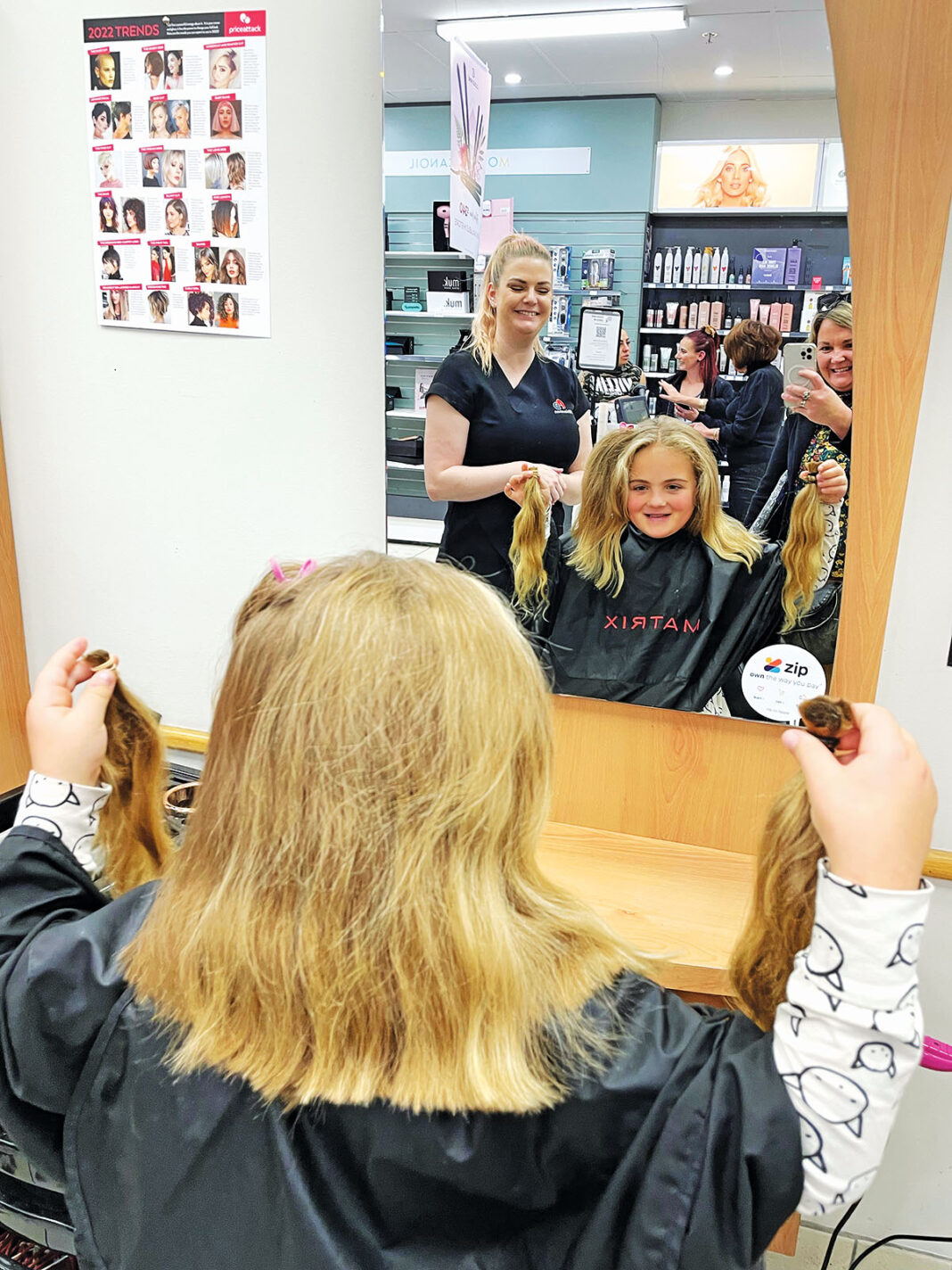 Youngster Haddi Lawlor recently donated her hair to Sustainable Salons, which will be used to make wigs for people who have lost their hair.

The six-year-old from Millicent generously donated 30cm of her long locks at Price Attack Mount Gambier.

Sustainable Salons recycles and re-purposes salon materials that would usually be thrown away, such as hair, plastics, foil, chemicals, tools, paper and cardboard.

Haddi’s mother, Amy Lawlor, said Haddi had been wanting her hair cut for a while and when they were in Mount Gambier for her brother’s football match, they went into Price Attack for ahaircut.

“As she had such long hair, they suggested she could donate it,” Ms Lawlor said.

Haddi’s hair cascaded all the way down her back and, after the chop, it now sits around shoulder-length.

“Haddi was very excited that her hair would be useful and she loves her chopped locks and she is very happy to help out some one that needs it, I am very proud of her,” Ms Lawlor said.