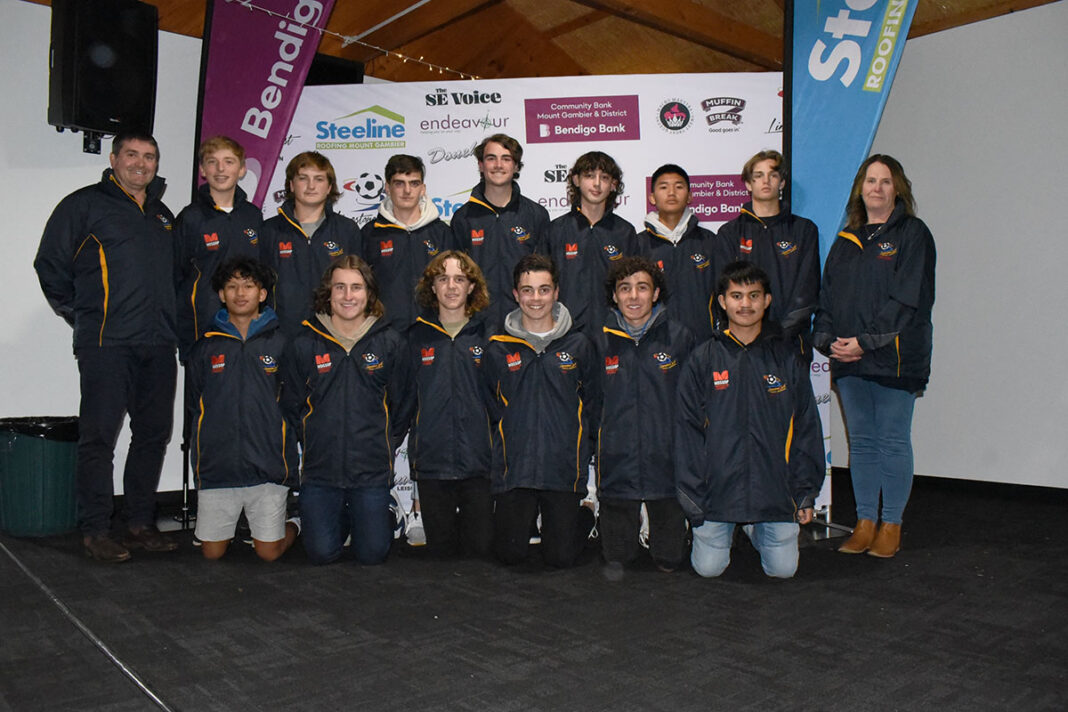 There may not be any Limestone Coast Football Association action this weekend, but the young stars of the competition will be showing what they are made of at the 2022 SAJSA State Championships.

The association will be out in force at the statewide event at Adelaide’s state of the art Centre of Football, with eight teams representing the region wanting to prove their class against the best of the best.

The LCFA has a strong history at the competition and is keen to continue its pedigree.

Last year the association sent seven teams to the competition, with all but one finishing inside the top three.

The Under 16 boys are the new addition and a well-rounded team featuring five clubs will be coached by Michael Prior.

They will be joined by the Under 16 girls team which wants to go one better than last year under the guidance of the experienced Chris Fleetwood and rising star Ella Doody.

The side has many young guns from all Mount Gambier clubs, plus Millicent and has big ambitions after falling just short in 2021.

Only Adelaide Hills stood in their way and expect both of these teams to be fighting it out again for the honours.

Jason McCrorie has taken the Under 15 boys under his wing and the team has big shoes to fill after being the dominant force at last year’s event.

A 1-1 draw with Port Pirie was the only concern as the LCFA side dominated the remainder of the competition, compiling double the amount of points than its nearest rival.

Vlada Gajic takes the helm of the Under 14 boys who have their eyes on the top spot after falling just short.

Limestone Coast was one of the standout sides at last year’s event and edged out Broken Hill in a thrilling semi-final 6-5, but was outclassed in the decider by Port Pirie.

The region’s Under 13 boys are the players to beat having dominated the SAJSA State Championships last year.

No team could get close to the Limestone Coast which had the impressive goal difference of 41-5 and coach Henry Shoemark hopes to achieve similar success with the talented team.

Another familiar face at Centrals in Olivia Gwilym is coaching a solid Under 13 girls team which is looking to rise up the ladder after a learning campaign in 2021.

It will be a new experience for the girls, who are used to playing nine-a-side locally, but will need to adjust to full-sized pitches and teams in the competition.

The side outclassed all opponents except for eventual winner Adelaide Hills and dual coaches Brian Corfield and Frank Morello will be confident of another successful carnival.

The association will also field a team in the Under 12 development competition coached by Bruno Vadori after a promising campaign last year which included big wins.

Corfield said the association was pleased with how the teams shaped up after the selection process received a little shake up.

“It will be a big year for us and there are a lot of new faces in the squads,” he said.

“We try to open it up to as many kids as possible to get the best representation across the clubs.

“This year we asked clubs to nominate players who were suitable and we had huge lists during the two weeks of trials, so we had to turn a few a kids away.

“It probably made it harder, but the squads are stronger and they will be highly competitive matches.”