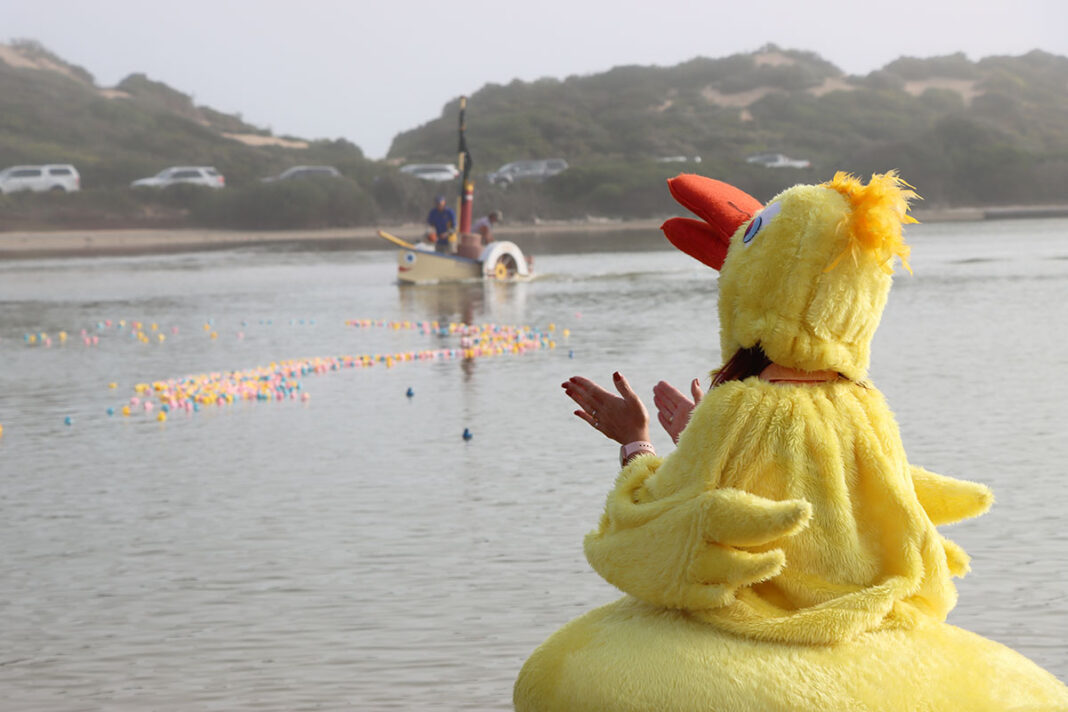 Beachport came alive over the Easter weekend with locals and tourists flocking to the seaside town for events including the annual duck race.

The postponed event gave duck “trainers” an extra three months to prepare for the race.

A further half an hour delay to the start of the race allowed late entries to be made and the sea mist to clear.

Vantage points for spectators were taken up along the finish line at the foreshore, along the lake jetty and a small group of youths seated on the floating pontoon.

Boat captain Roger Smith attempted to create ripples to get the colourful ducklings moving toward the finish line, but the little plastic novelties were not eager to disperse.

With the help of his crewman “Squeak” Lister a leaf blower came in handy for plan B of the ripple effect.

Local identity Ralph Adamo has been a past live commentator and was again an entertaining addition to the running of the event.

Mother duck, also known as Jenny Walker, was seen in the water enthusiastically coaxing the ducklings toward the finish line.

A barbecue served up by the Beachport Lions Club and amplified music added to the atmosphere.

Supported by the Beachport District Development Association the sale of the ducks at $5 a head has been a major fundraiser for the past 20 years.

Earlier in the day the association staged the ever-popular Easter Saturday market attracting a bustling crowd of locals and tourists.

The influx of tourists and locals were still in abundance when the market was scheduled to close at 1pm.

Stall holders took advantage of the undying patronage with many opting to remain set up nearly an hour longer than anticipated.