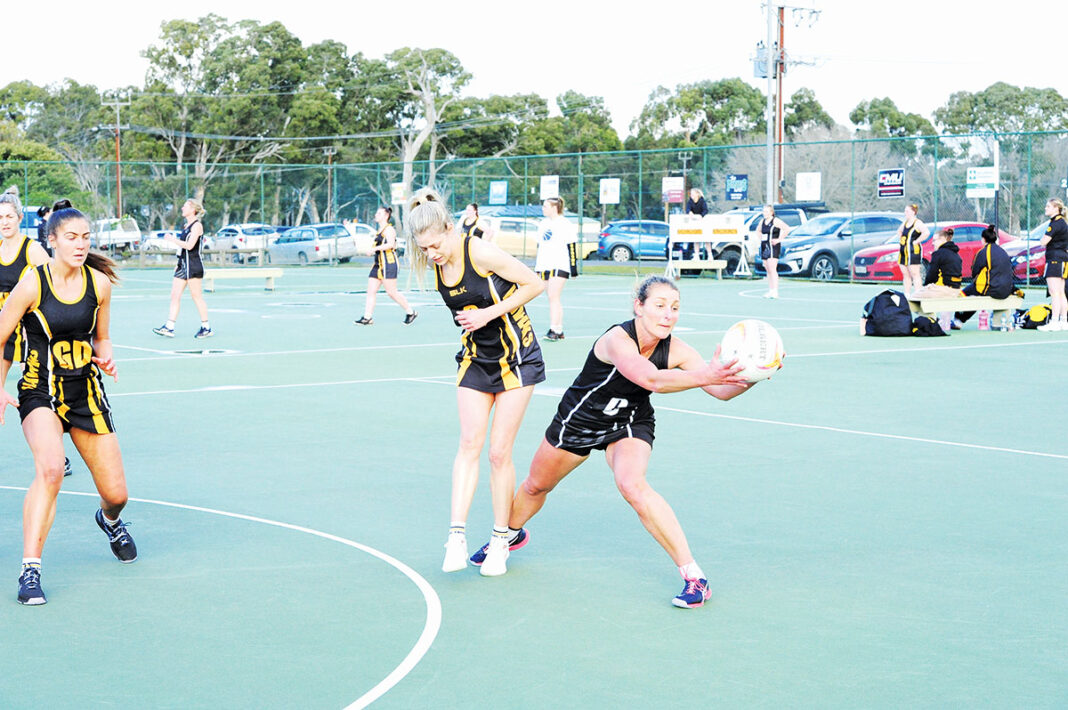 In an important Mid South Eastern Netball Association game for both sides, a win was up for grabs with Robe sitting third and Tantanoola sitting fourth on the ladder.

It was going to be a tough battle and the Tigers came out strong with a great first quarter.

The Roosters found it hard to settle in their goal circle, with some inaccurate shooting as Tantanoola opened an eight-goal lead.

In the second quarter Robe gained some confidence and momentum with some great pressure all over the court.

Robe’s Halle Carter and Annie Hunter were getting their hands to many balls and converting their turnovers into goals with goalies Tori Gluyas and Sarah Laurie shooting with confidence and accuracy.

This saw them win the quarter by six goals, to cut the deficit down to two.

With neither team making changes at half time, Tantanoola once again came out strong and took control.

Defenders Tayla Rowe and Kate Bromley made it hard for Robe’s goalies to capitalise on their turnovers.

During the third quarter Robe’s Gluyas went down with a serious ankle injury, stopping the game for about 15 minutes.

Demi Carter came on to replace her at goal attack, but the Tigers kept the pressure on and made the most of any opportunity chasing down loose balls to rebuild their lead to nine goals.

With all positions staying the same it was a tough tussle to the end.

Robe fought hard and had some good passages of play but were unable to keep the momentum and Tantanoola fought harder to win 53 to 40.

It was a special day for Bromley playing her 200th A Grade game for Tantanoola.

Kalangadoo commenced its match against the young Kongorong side with intent, driven by the high work rate of goal attack Abbey Duncan.

Riley Buckingham and Sarah Lucas adjusted to the quick pace of Kalangadoo’s goal circle and worked relentlessly to curve the influence of Duncan.

A blood injury to Kongorong’s Sarah Lucas late in the quarter introduced Jasmin McKinnon but the Magpies still flew into the first quarter break with a 20 to 8 lead.

Kongorong’s centre Rach Perry worked hard to find space and feed her goalies Tilah Buckingham and Emily Lightbody, who were forced to adjust and reoffer due to the tight defence of Kalangadoo’s defensive circle.

The Pies’ goal defence Lauren Kain stepped up her pressure, causing intercepts and touches at the centre pass.

Kalangadoo’s goal shooter Kori Collins positioned herself as a focal point in attack and contributed to Kalangadoo going into the main break with a 31-goal lead.

At half time Kongorong made a couple of changes including switching Tilah Buckingham into goal shooter and bringing on the fresh legs of Evie Sealey into goal attack.

The switch of Buckingham into the goal shooting position allowed some long passes from Kongorong, which were evenly contested by Kalangadoo’s Reanna Wetherall.

The final quarter saw a high work rate from both teams and Kalangadoo’s circle defence continued to work hard and made the most of rebounding opportunities.

The Magpies were able to convincingly run the game out strongly to finish 78 to 33 winners.

Glencoe started what became a classic game against Mount Burr strongly with their defensive pressure all over the court forcing their opponents to work hard for every possession.

The Murphies made the most of every turnover, with Sarah Edwards taking intercepts through the centre court.

Malinda Markiewicz and Jenna Paproth combined well to be a focal point in the circle finishing off goals with accuracy to open a seven-goal lead at quarter time.

The Mozzies brought out Heidi Clark and Sarah Nulty after the break and came out with increased intensity.

Ebony Clark was the focal point in the circle combining well with Nulty as they pegged back the lead, winning the quarter by four goals.

Glencoe came out with a more patient approach to the game with Donna Jaeschke feeding Markiewicz with great passing, while its defence made the most of missed opportunities with Sarah Edwards continuing to apply pressure to build the lead by four goals.

The final quarter was played with great intensity with both sides trying to get the break and have the upper hand on the game.

Heidi Clark had intense pressure over the ball and creating turnovers by reading the play in Glencoe’s attack.

Clark and Schultz also assisted Maddi Haggett and Dean by limiting opportunities for their attack line into the circle.

This allowed Haggett to restrict Glencoe’s goalies from having easy shots as the Mozzies made the most of their defensive turnovers feeding their goalies well and putting on score board pressure.

But Mount Burr left its run too late and was unable to get the win, losing by four goals.

Hatherleigh came out firing turning over the first two centre passes against Nangwarry.

Erin Watson and Tegan Telfer worked the ball with ease into their goalies who were able to capitalise on these opportunities.

Accurate shooting from Maddie Redman and Abby Wight allowed the Eagles to go into the first break with a six goal lead.

The Saints made a change this quarter, seeing Ange Pratt come off the court unwell and Cassie Dinnison coming on in goals.

But Hatherleigh once again came out strong with Georgia Hunter was applying some great pressure and made it extremely hard for Nangwarry to bring the ball down the court.

Shannon Higgins and Carly Ploenges worked tirelessly trying to stop Redman and Wight, but they once again shot with high accuracy to keep building the lead.

The Saints started the second half strong with an intercept from Ebony Lawson, which allowed their goalies to capitalise on this.

Hayley Burner was having a great tussle in the middle with Erin Watson, both bringing the ball down the court well for their teams.

Although it was a very even quarter Hatherleigh was still able to extend the lead they already had.

The Eagles stepped it up a notch in the last quarter and Nangwarry made a few errors.

Wight was a focal point in the goal circle for Hatherleigh, shooting accuratly and creating space for Watson and Telfer to pass into her.

The Saints continued to run out the game, but Hatherleigh proved too strong for the home side, taking the win by 31 goals.