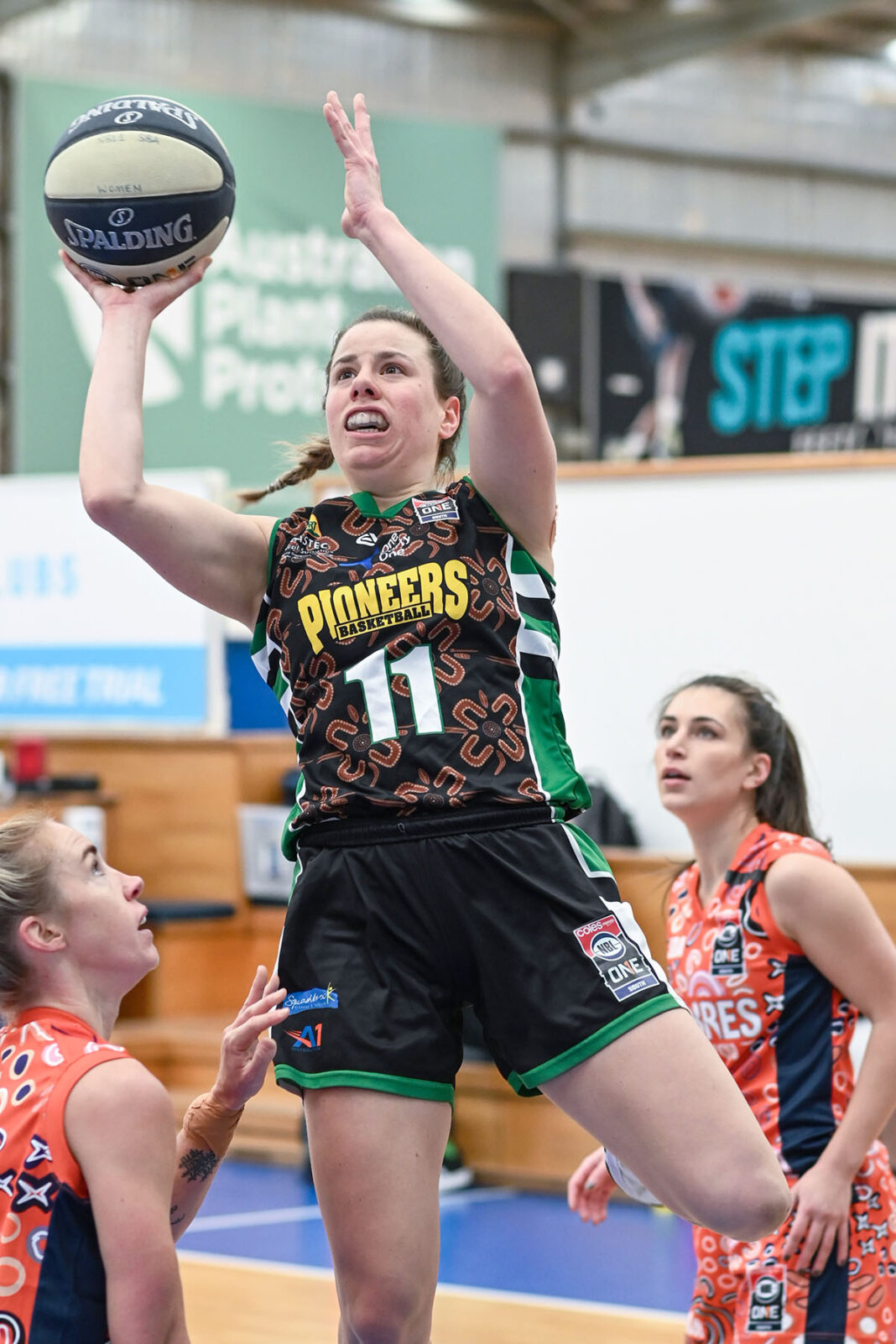 NAIDOC Week in play as part of NBL 1 clash

The OneFortyOne Mount Gambier Pioneers women were on the road last weekend in round 11 of the 2022 NBL1 South Conference season.

Wearing some Indigenous inspired playing jerseys to celebrate NAIDOC Week the Pioneers were faced with a double header, kicking off the road trip against the Diamond Valley Eagles.

It was a four-quarter effort put in by all to get the win, with some good team basketball played around the court.

Mount Gambier set up the win with a fast start, scoring double the amount of points as the Eagles in the first term.

The Pioneers made the most of the opportunities that arose and went in to each break with handy leads.

The Eagles put up a great fight and took it up to the OneFortyOne Pioneers across the entire game.

It was a good boost for the Mount Gambier side to ensure it entered the next game full of confidence in the second leg of the road trip.

On Sunday, Mount Gambier came up against a tough side in the Sandringham Sabres and this game went right down to the wire.

It was the visiting side that got away early after Howe only needed 30 seconds to land the first basket.

Then Mount Gambier’s lead doubled when Cassandra Brown did the same again shortly after.

Following the slow start Rachel Jarry got the points on the board for the home side and Georgia Pineau also helped close the gap.

At the end of an even first term Mount Gambier held an early lead with little separating the rivals on the scoreboard across the following two terms as each side went goal-for-goal.

The Pioneers held a two-point lead at the final break, but the Eagles took flight with some dominant passages of play to make the most of their opportunities when it counted.

The Pioneers’ cogs in Reinoehl, Brown, Young, Howe, Calleia and Reilly all churned out powerful performances, but did not have enough left in the tank to stop Sandringham from winning by seven points.

The mixed weekend meant the OneFortyOne Pioneers dropped to third on the ladder and will look to turn things around this weekend against the fourth placed Nunawading Spectres at The Icehouse.

Arrests made over city break-in