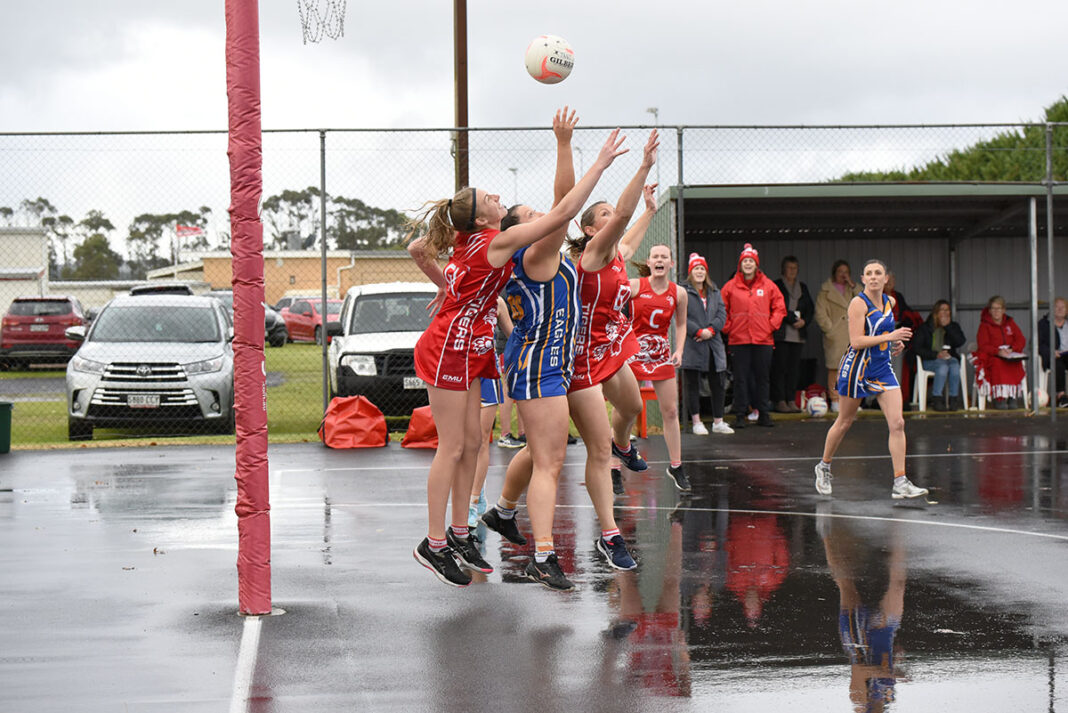 Netballers get back out on court

Glencoe takes on Kalangadoo at home in the match of the round as the Mid South Eastern Netball Association season resumes this Saturday.

The Magpies’ line up has changed since the last time these two teams met, when Glencoe won by 27 goals.

Abbey Duncan is combining well with youngster Kori Collins in the goal circle, and they are fed well by Jayde Peacock and Kirsty Egan.

Sarah Edwards and Chelsea Owen will need to be at the top of their game as opportunities for rebound will be limited.

At the other end of the court, Glencoe have many goalie options with Paproth, Chantelle Cocks and Malinda Markiewicz.

This game will go down to the wire and the result could go either way, with the margin being much closer this time around.

Nangwarry will be looking to reduce the margin from the last time they came up against Tantanoola.

Emma Gould’s confidence would be high after selection in the 2022 Country Championships Senior Team of the Year and the Saints must shut her down if they are to achieve that goal.

However, with Tantanoola having one of the more settled sides in the A Grade competition Nangwarry may struggle to do this.

Kate Bromley and Tayla Rowe in defence for the Tigers will limit opportunities to the accurate Tahlia Wilson and Ange Pratt from Nangwarry in the circle.

Nangwarry will fight hard, however the Tigers should score the win.

Hatherleigh take on Mount Burr in what is set to be another close contest, with only three goals separating the sides in round one.

The Eagles have taken the time to settle their line up, with Maddie Pulmer and Abby Wight combining well in the goal circle, allowing Maddie Redman to play back in her more familiar role of defence.

Meg Fennell will have an interesting tussle with Chelsea Galpin who will be returning to the court after sustaining an ankle injury against Kongorong.

Hatherleigh may utilise Tegan Telfer or Erin Watson in centre to curb Laura Schultz’s influence on the game.

The team whose goalies settles first will win.

Kongorong are on the improve and aim to take the game right up to Port MacDonnell.

Tilah Buckingham, with her height and accuracy, is causing headaches for defenders across the association, while Kirby Carrison will be tasked with shutting Buckingham down.

However, Port MacDonnell are also more settled than they were in round one, with Toni Gilmore’s accuracy and experience providing confidence.

Sarah Lucas is consistent in the defensive end for the Hawks and paired with Emily Lightbody’s height they could cause upsets for the Demons.

Liza Mutch has been a good pick up for the Bay with her fitness and speed through the mid court as Port MacDonnell’s experience should get them over the line.

Councils team up for election