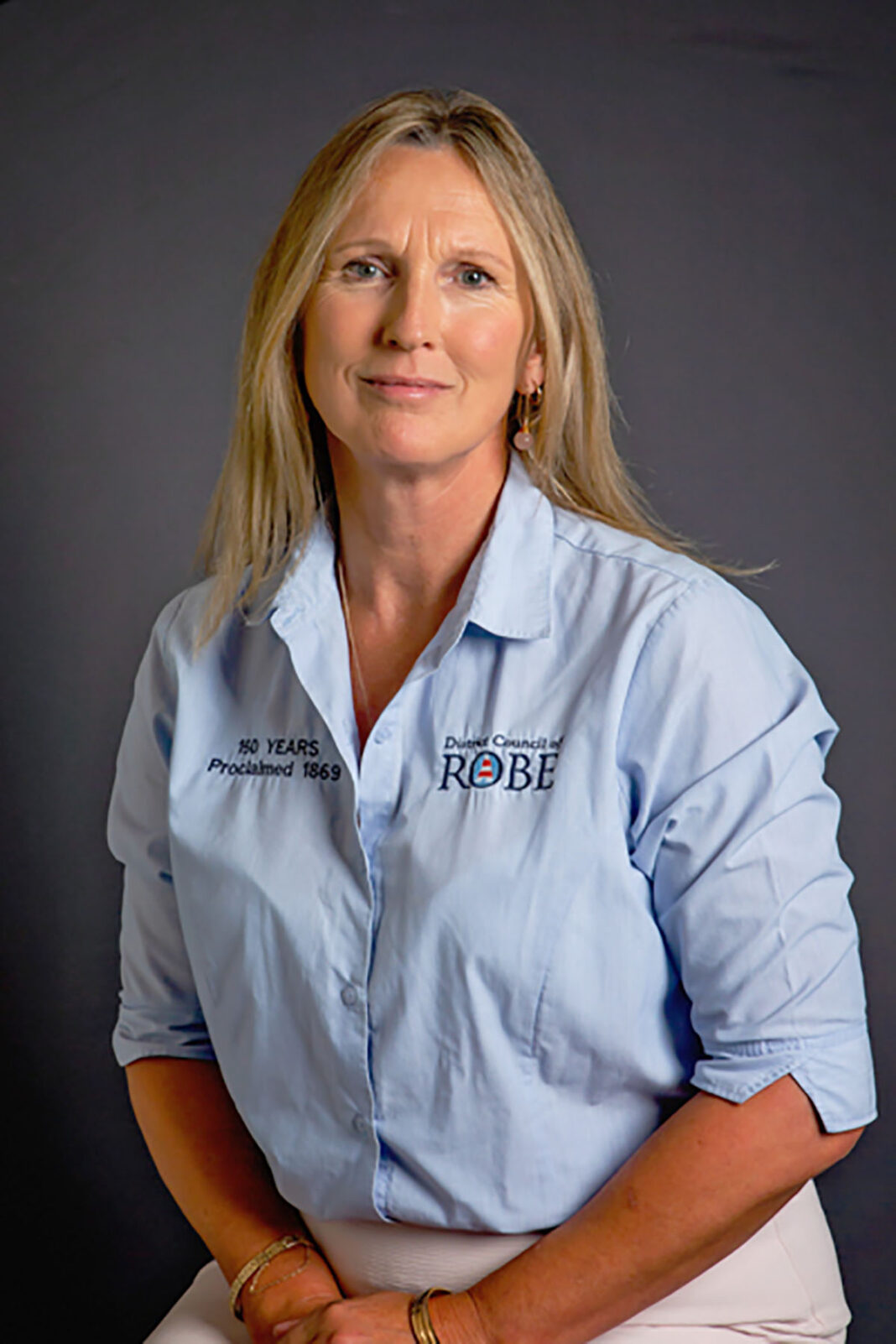 New Robe leader to be appointed

Robe Mayor Alison Nunan (pictured) will not seek a further four-year term at this year’s Local Government elections in October.

She was elected to a casual area councillor vacancy on the council in 2016 and then elevated to the mayoralty two years later.

The retiring mayor is involved with the family’s farming enterprises at Bray and Greenways.

It is these business activities which has prompted Mayor Nunan to leave local government.

Her intentions were signalled at the July monthly council meeting.

“I would like to indicate early that it is not my intention to run again for mayor,” Mayor Nunan said.

“The expansion of our business is making the time commitment to do the Mayoral job properly unmanageable and so I will be returning to my previous role full time in November.

“Meanwhile however, it’s full steam ahead!”

Together with her husband Bradley, they have four children: Maddie, Johana, Kristen and Daniel.

Mayor Nunan is a life member, umpire and players’ advocate of the Robe Netball Club, had two years on the Robe Football Club Junior Committee and has been a long-term member of the Bray CFS.

In the past, she has been the chairperson of the Governing Council at Kangaroo Inn Area School, secretary of the Millicent Racing Club and a foster carer with ac.care Mount Gambier.