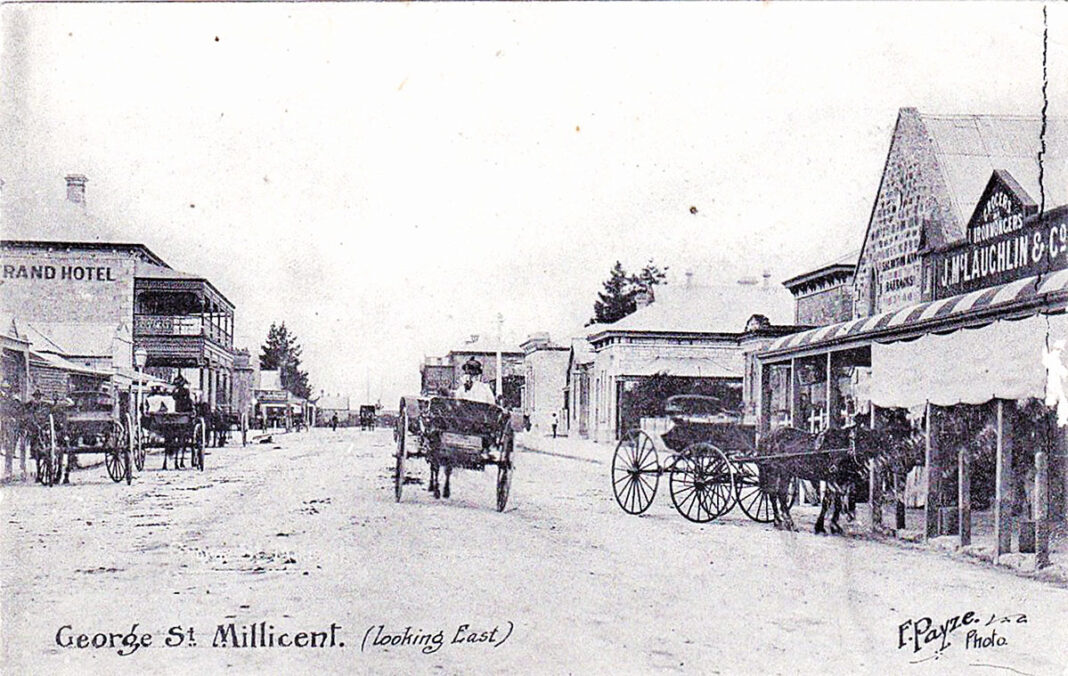 Members of the South East Family History Group have recently used their considerable research skills to assist a Millicent realtor.

Elders’ real estate agent Kerry Smith sought their assistance as she came to prepare the Millicent Newsagency business for sale.

It has been operated by former Mildura couple Paul and Barb Smith since 2004.

The researchers have found that only eight family enterprises have operated the town’s newsagency since 1878.

For its entirety, the business has sold other items in addition to such staples as newspapers and magazines.

The business was based in various locations in George Street for the first 110 of those years.

Millicent bootmaker Samuel Skewes was the town’s first newsagent in 1878 and he held this commercial role for a record 29 years.

He was given the honour of laying the foundation stone in 1908 of the Millicent Methodist Church (now Uniting Church).

The SEFHG researchers could find little about the Sanderson family who were briefly Millicent’s newsagents between 1960 and 1962.

They were followed by popular couple Ross and Joan Wight who operated the business for 15 years.

Two generations of the Higginson family then came to Millicent in 1977 to serve as the town’s newsagents.

They were Don and Dawn Higginson together with their son John and his wife Anne.

During his 27 years in the job, John Higginson had arguably the highest profile of any of the 6000 residents of Millicent.

He was a Justice of the Peace, served as a councillor on the then Millicent District Council and was involved in many local organisations.

During the tenure of the Higginson family, the newsagency business was shifted out of George Street for the first time and into nearby Glen Street.