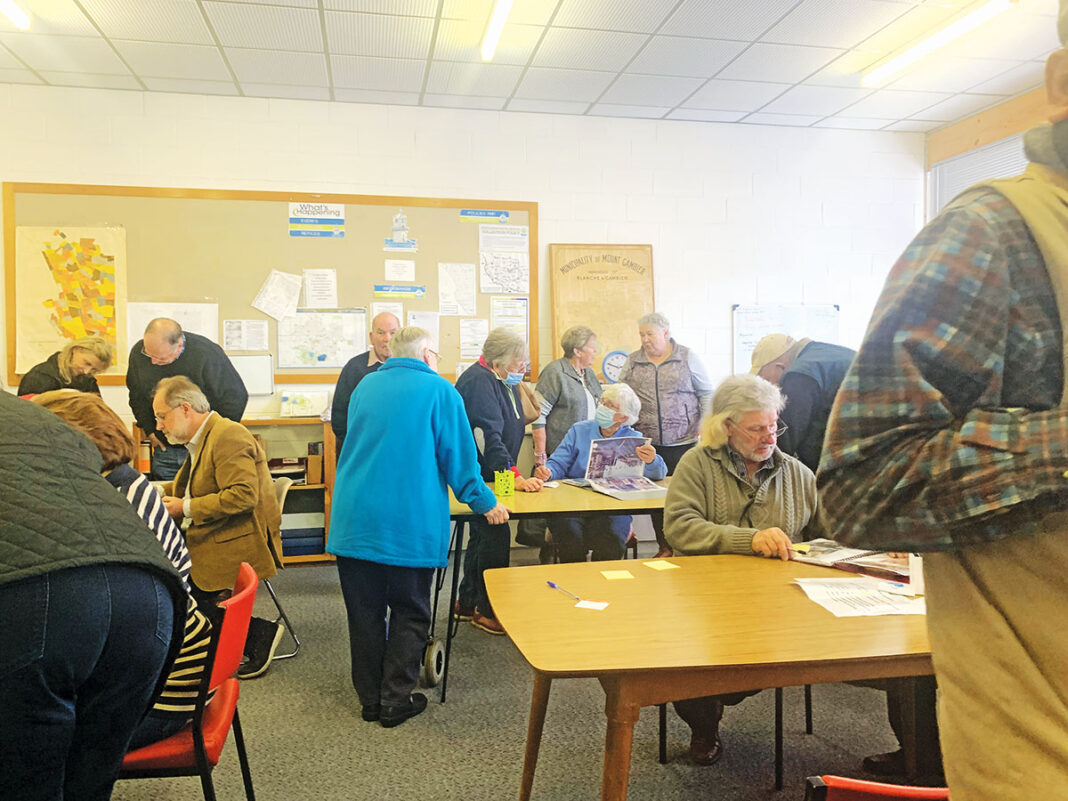 The Mount Gambier History Group recently opened their doors to a crowd of 100 people for their first open day since COVID-19.

The organisation had a portion of their extensive photograph collection on display and were encouraging members of the public to identify people in the images.

The photographs dated from 1950s-1990s, had been donated by the local community and included photographs of employees from Softwood holdings and the local Target store.

There was also a selection of community photographs featuring people undertaking various activities such as working in a limestone quarry, appearing in parades, or making their debut into society.

Also on display was memorabilia from the Isaac and Jennie Aconely Collection (former Mount Gambier draper store owners) and survey records and equipment from the Alexander and Symonds Collection.

Mount Gambier History Group member Jan Hall said it was rewarding to see people back enjoying themselves and the region’s history.

“We did not know what response we would get because everything has been shut for some time now, but we were really happy with the turnout,” she said.

“We certainly got a lot of slips of paper naming individuals in the photos, but we are still sorting through them.

‘We hope to do something like this again in the future.”

Ms Hall said it was important to preserve the history of the Limestone Coast for generations to come.

“Even though we are digitising images, a lot of people who are taking photos are posting them on social media but down the track, they may not be named or accessible,” she said.

“It is for the people that might be looking for an ancestor or even the history of a building they own and also to see how things have changed overtime.

“You would be very surprised what people do research on.”

The group is always looking for volunteers and can be contacted by the Mount Gambier History Group on Facebook or on their website.