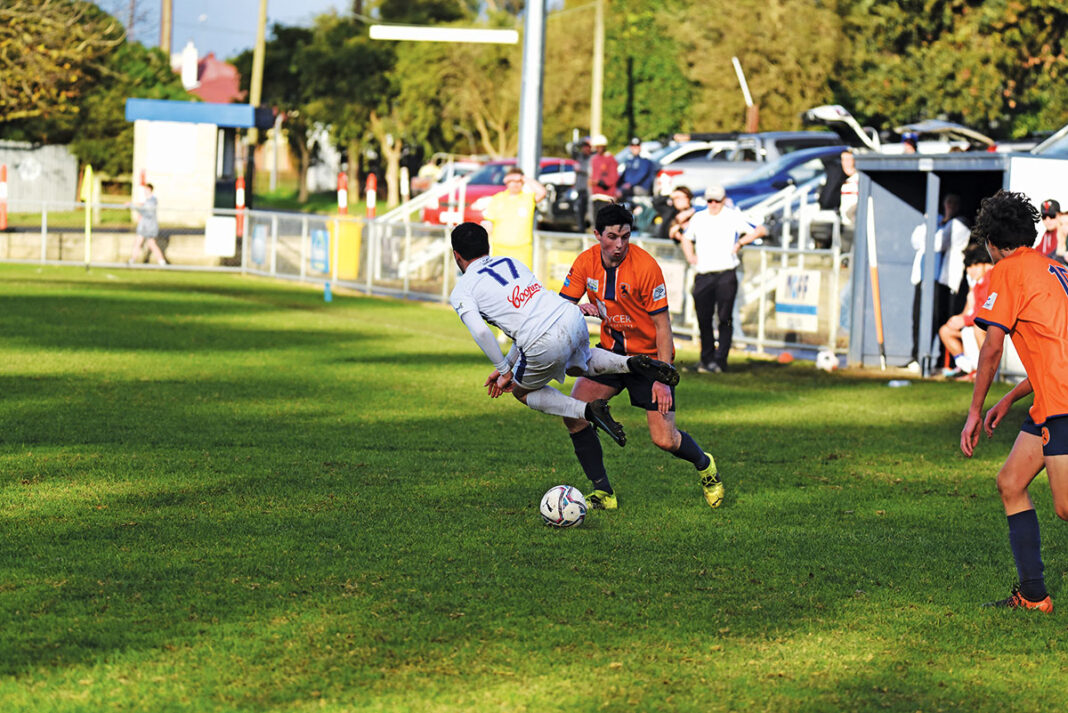 On the same weekend when the historic “State of the game” dinner will reveal the future of the sport, the present-day stars will fight for bragging rights in the 13th round of the 2022 Steeline Bendigo Bank Limestone Coast Football Association season.

On Saturday night Football SA CEO Michael Carter will be present at the Commodore to unveil some exciting details about where the sport is heading.

But before and after that Gambier Centrals and Apollo will do battle at MGA Park in the headline fixture of the weekend.

It will be the final time last year’s men’s grand finalists face off ahead of finals and goals are a near certainty.

No less than 13 goals were scored across the last two games, but the Lions emerged on top on both occasions.

Apollo hopes to make a statement for the road ahead, but needs to get a full strength squad back on the park and contain the huge scoring threats of Sam Shoemark and Cam Saint.

The women’s game will also be an enthralling one on Saturday afternoon and the result now holds greater importance for the Lions after their unexpected defeat to Millicent.

The side which overcame Centrals with a dogged display has a more daunting prospect ahead with the cruising International outfit awaiting at Casadio Park.

Last week’s 1-0 win kept the finals dream alive for Stephan Galli’s team, but the odds of overcoming an Inter team yet to drop a game are high.

Millicent’s senior men’s side also have things stacked against them with International star Matthew Bueti having kicked 10 goals on his own last week.

The team which faced the full force of Bueti at his best was Blue Lake which looks to dust itself off in an important home fixture against Naracoorte.

Only one game separates the pair on fourth and fifth on the ladder, but with a poorer goal difference, the Rangers need to win to stay a realistic hope of making finals.

On the other hand Blue Lake’s women will be confident of a morale-boosting win.