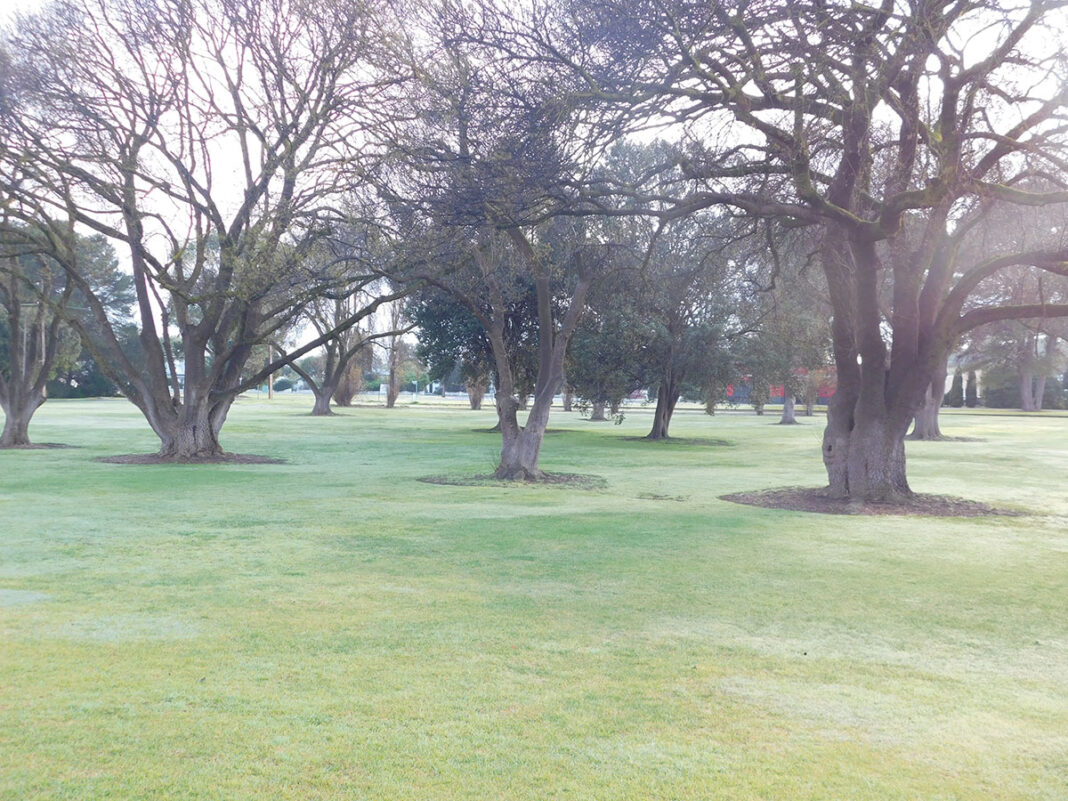 Asignificant portion of a popular Millicent park is set to become a petrol station.

Apex Park near the George Street roundabout was created in the 1960s by members of the now-defunct Millicent Apex Club on parklands and a railway reserve.

A Mount Gambier fuel company looks set to purchase the railway reserve which has grassed areas, around a dozen mature pine and poplar trees and a 50 metre portion of broad-gauge rail line.

According to the documents lodged with Plan SA, the trees will be felled, grassed areas paved and the rail tracks and rubble base removed.

The petrol station will have the usual pumps, signage and lanes and includes the provision of underground fuel storage tanks, a canopy over the proposed refuelling area with a height of 6.8 metres, a price-board to advertise the fuel available and on-site car parking.

Public comment must be lodged with Plan SA by Friday (July 29).

According to the 46 pages of supporting documents lodged with Plan SA, the petrol station will be unmanned and operate 24/7.

“Refuelling services within Millicent are limited and the applicant has identified a need for the proposed development, in the interest of affordable fuel prices for the local community, supporting economic activity and the distribution of primary produce,” stated the applicant.

The railway reserve land in various parcels was put on the open market in early-2019 after being in the ownership of the state and colonial governments since the 1870s.

One parcel was purchased by Millicent Farm Supplies and is now its storage yard.

For much of the past 30 years, there have been talks between the State Government and local government officials about the future of the vacant Millicent rail lands and its potential for housing or other development.

Wattle Range Council has suggested Apex Park and the rail reserve as one of the four possible sites for a new council office but a community poll showed little support.