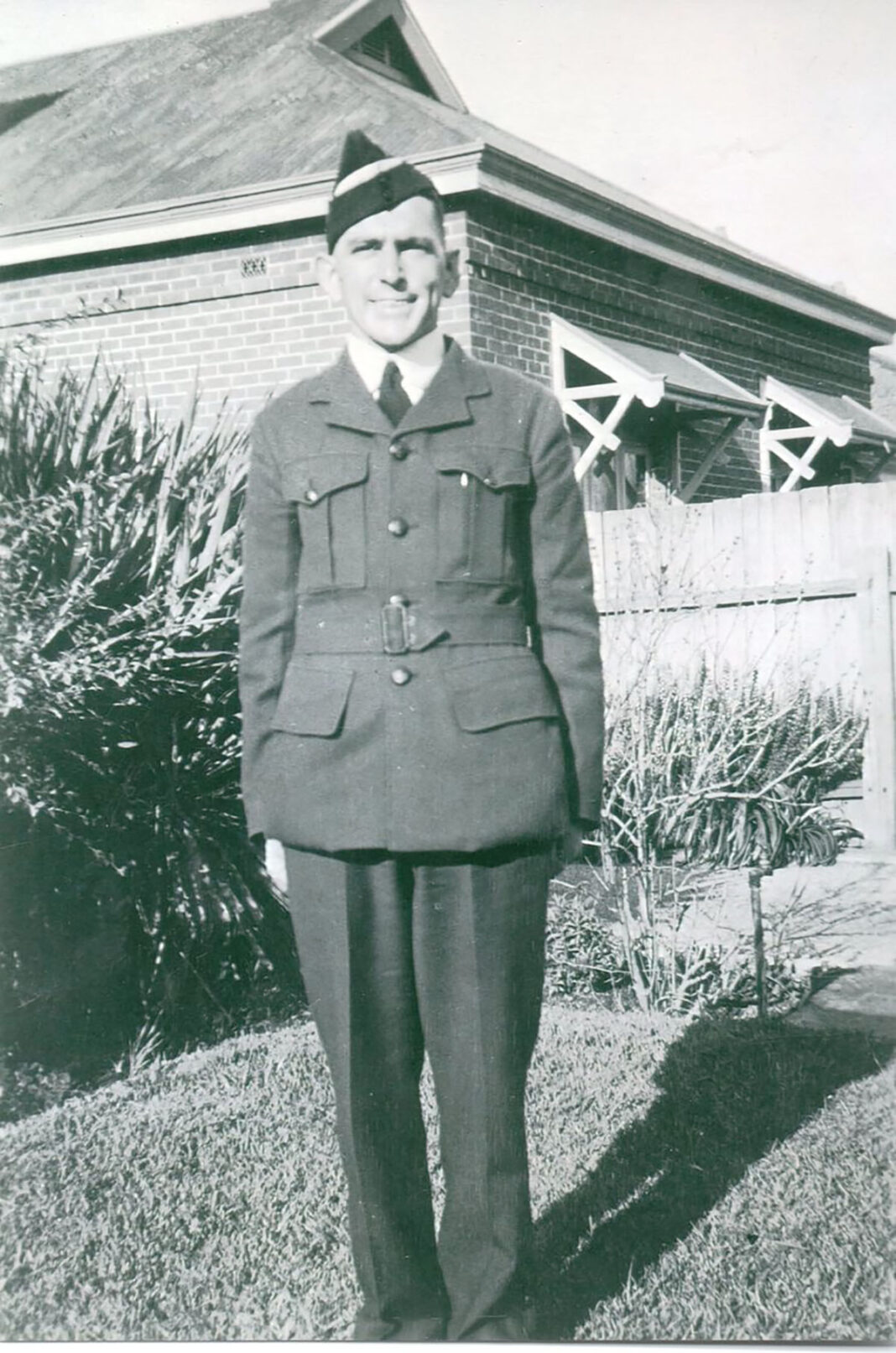 Among the 24 World War II servicemen honoured for their supreme sacrifice on the Millicent Cross of Sacrifice is RAAF airman Frank Fischer.

His stay as a teacher in the Millicent district was relatively brief but he and his comrades-in-arms will be remembered when the Millicent RSL conducts dawn and mid-morning services on Anzac Day on Monday April 25.

Flight Sergeant Fischer was a member of RAF Bomber Command and went missing-in-action over occupied Europe on July 29, 1944.

His body was never found.

There are still people in Millicent who were taught by Mr Fischer at the tiny one-teacher Nangula School over 80 years ago.

Among them are Faye Dunn who has sung the praises of her teacher who had 16 students over seven year levels.

Describing him as a “wonderful teacher”, Ms Dunn said he lived in the adjoining schoolhouse with his wife and their young son.

The school on the Princes Highway closed over 60 years ago and is now a private residence.

“I am not sure why he volunteered,” Ms Dunn said.

“That was the kind of man he was.

“I suppose he was aware of the dangers.

“While he was in the United Kingdom undertaking training, he wrote me a letter.

“It was like a geography lesson as he explained all the places he had visited.

“The sad thing is that we had heard that Mr Fischer was missing in action before his letter arrived.

“I still have that letter as well as a photograph of his widow and their son.

“There would not be too many of us still alive who remember Mr Fischer.”

His official military record states he was born in Mannum, enlisted in Adelaide on July 18, 1942 and was 29 years of age.

His unit was the famed No. 463 squadron.

The squadron was formed in the United Kingdom in late 1943 from personnel and aircraft allocated from No. 467 Squadron RAAF.

The squadron was equipped with Avro Lancaster heavy bombers and flew its first raids on Germany immediately after being formed.

Operating as part of RAF Bomber Command No. 463 Squadron conducted raids against cities, industrial facilities and military targets in Germany, France and Norway throughout 1944 and until the end of the war in May 1945.

Casualties amongst the squadron’s aircrew were heavy and No. 463 had the highest casualty rate of any Australian bomber squadron deployed to Europe during the war, with 78 aircraft being lost and 546 personnel being killed; of these 225 were Australian.