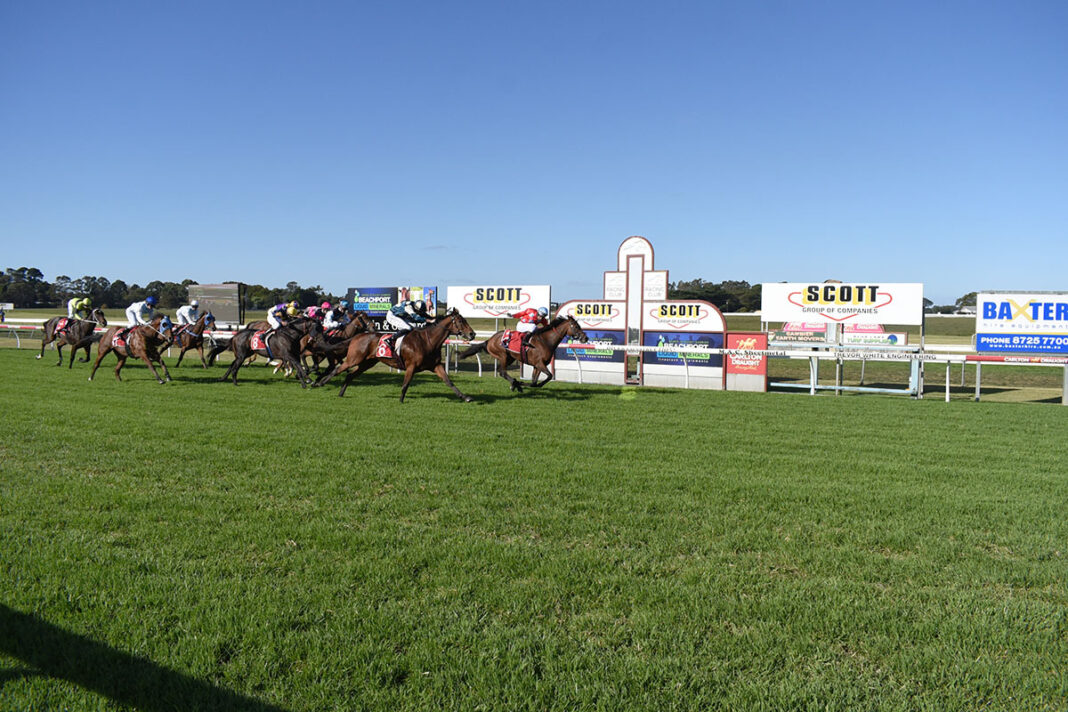 The Allan Scott Glenburnie Race Course was back in action last Wednesday for an eight-card event and with 118 nominations a good day was had by all.

The opening race on the program was the Scott Group of Companies 68 Handicap where a field of six horses lined up at the gate.

In a treat for the fans local Wayne Walters trained Unlimited Ability out of barrier 4 to the winning post.

Unlimited Ability ran clear of Moon Over Alice and Melissa Kate which is also trained by Walters.

Race 2 – the Mathews Petroleum Maiden plate – was held over 905 meters.

A strong field of nine horses took to the barriers and it was Moorak Miss trained by Mount Gambier’s Robert Schultz that took the win ahead of Top Up and Ask for More.

Up next was the Thanks Mount Gambier Ground Staff Maiden Handicap.

This was held over a distance of 1403 meters, but another local horse in Detnaw trained by Mount Gambier’s Bob and Kane Post stormed home from barrier 14.

It made its move from deep in the pack to take the line ahead of Soobmerged trained by local Belinda O’Loughlin and His Zedness rounding out the top three.

Another quality field of 14 horses mounted up for the Carlin & Gazzard Maiden Plate held over 2062 meters.

Bad Boy Bobby trained by Ballarat’s Henry Dwyer ran out of barrier five and won by a huge margin from another Walters horse Streusel and Weightman trained by Warrnambool’s Symon Wilde.

The Carlton Draught Benchmark 64 Handicap was the next on the cards and Walters collected another victory.

From barrier 3 Fast N Forward got ahead of the pack early and won by two lengths from Fabalot and Equine Philosopher.

Cleanaway Benchmark was the sponsor for race 6 where 12 starters lined up at the barriers.

The Murray Bridge trained Obelos crossed the line first ahead of Last Dream and lady Annabel, which both continued Walters’ dominance of the day.

The last race on the program was the TAB Benchmark 58 Handicap.

This was held over the distance of 1403 meters with a strong 14 horse field that had to compete on a soft 7 track.

It was all smiles for Garrett Lynch, who trained Venusian to glory.

Venusian paced itself to cross the winning post first from Chose Miss and Four Outlaws which trained by Mount Gambier’s Michael O’Leary.