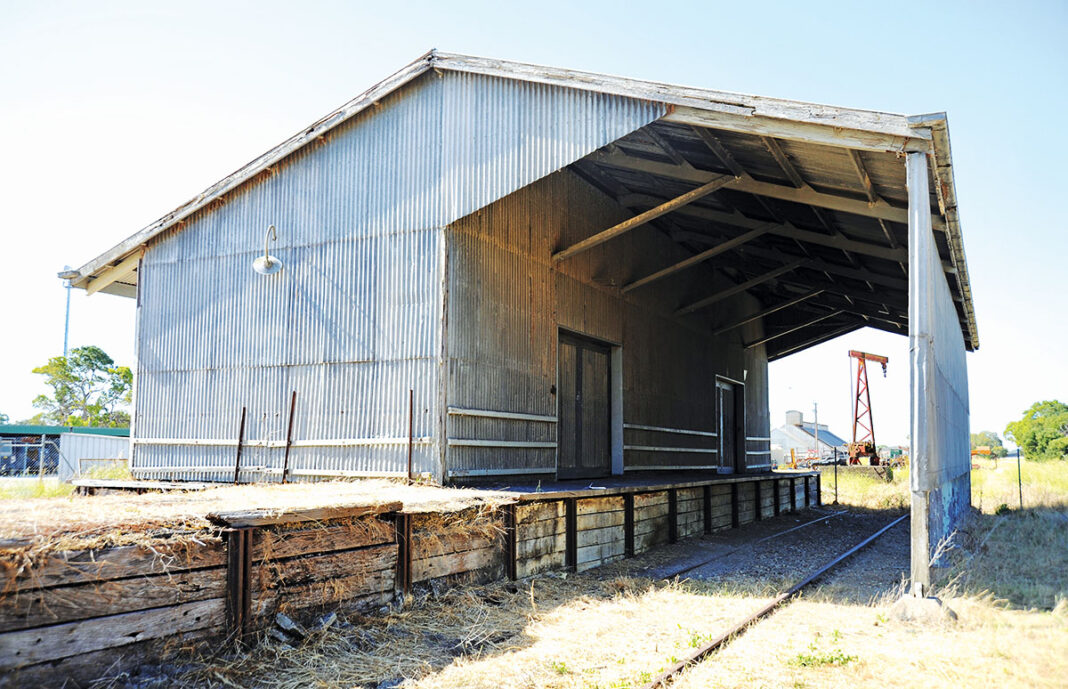 Rail shed too good to lose

Several Penola residents have expressed concerns regarding the future of the Penola Goods Shed, situated on the railway line.

Penola Local History Centre Volunteer Evelynne Bowden and Penola residents Mark Sims and Terry Sims said the community was not informed of the proposal by the Department for Infrastructure and Transport to potentially demolish the building.

“The residents of Penola, being a historical town, we feel that once it’s gone, it’s gone,” Mark Sims said.

Ms Bowden said the goods shed was removed from its original site and modified for the broad gauge line which opened in October 1952.

A Department for Infrastructure and Transport spokesperson said the DIT will be issuing Wattle Range Council a licence to occupy the Penola Goods Shed, as council plans to develop a shared use path along the disused Penola-Coonawarra railway corridor.

The spokesperson said that no decision had been made to demolish the shed.

However, if the shed and the proposed Penola to Coonawarra Rail Trail cannot co-exist, the shed may be deconstructed in a manner that would allow for it to be reconstructed in another location.

The large shed, which was used as storage for approximately 20 years, provides shelter and shade and appears to be very solid and stable.

The residents agreed the goods shed was a special building that should be included as a feature of the Penola Coonawarra Rail Trail.

They suggested the building could be converted into a railway museum with displays, memorabilia and mesh doors.

The old loading crane located on the northern end of the shed was also a notable feature.

Although the shed was inadvertently left off the heritage list several years ago, Terry Sims said it was worth saving due to the heritage value.

“We have lost so much in every area of the state and this is worth saving for Penola, for future generations,” he said.