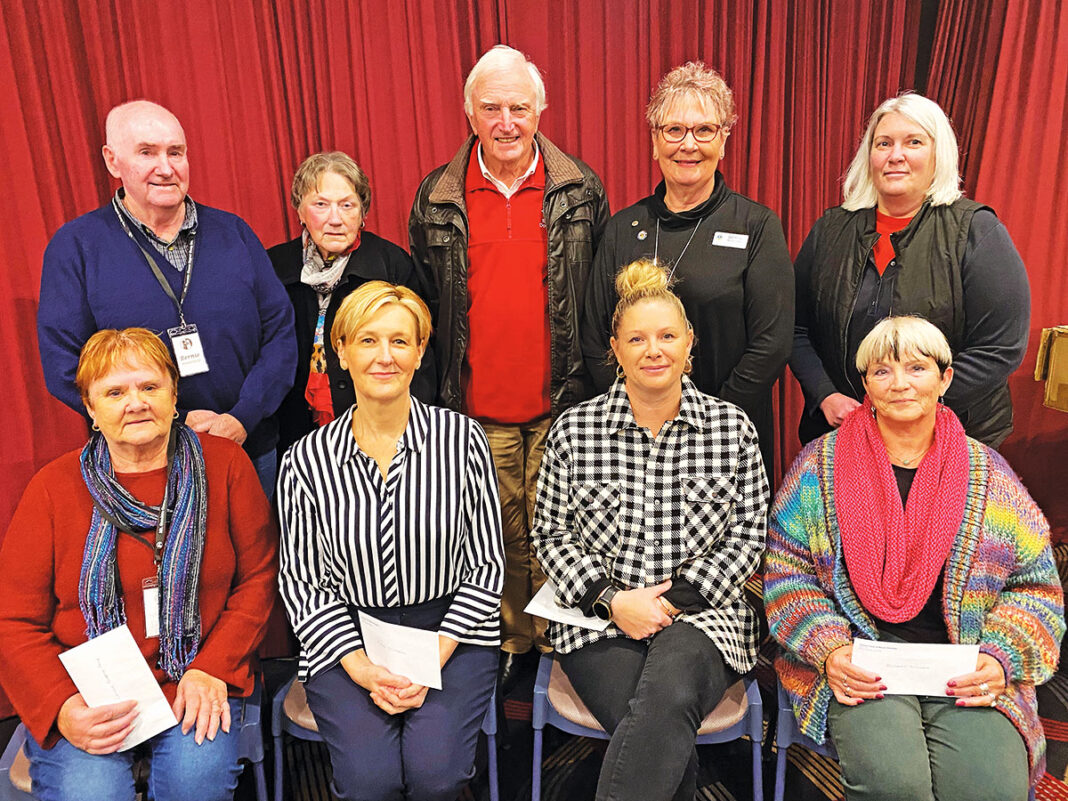 The Lions Club of Blue Lake Lioness (LCBLL) have donated over $17,500 the past year, much of which was presented as cheques by president Beryl Mahoney to different local organisations at their last meeting.

Nikki Tilley from the Mount Gambier Domestic Violence Service received $1000 to assist women in the community who leave home in an emergency with toiletries and sanitary products when they arrive at a safe house.

Maree Thompson and Liz Wheeler accepted a cheque for $1000 on behalf of the Sunset Kitchen to help offset the cost of takeaway containers as there are 50 to 60 meals given each Wednesday evening to help the vulnerable in the Limestone Coast.

The Mount Gambier Cancer Support Group have supported members of the club and community who have been affected by cancer and received a cheque of $500 presented to Colleen Connell, Colleen Winterfield and Bernie Winterfield.

Members of LCBLL have also promised to help them in their fundraising efforts with Bunnings barbecues.

Bill Russon from the Royal Flying Doctor Mount Gambier Support Group accepted a cheque for $1000, many of the club members and the community have either used this service or have had family that have been helped.

Miroma Cottage was given a $1000 to secure sensory room items and Annalise Bates who has worked there for over 20 years, provided an overview of the work they do in assisting families to help their children with disabilities.

The rest of the money has been donated throughout the year.