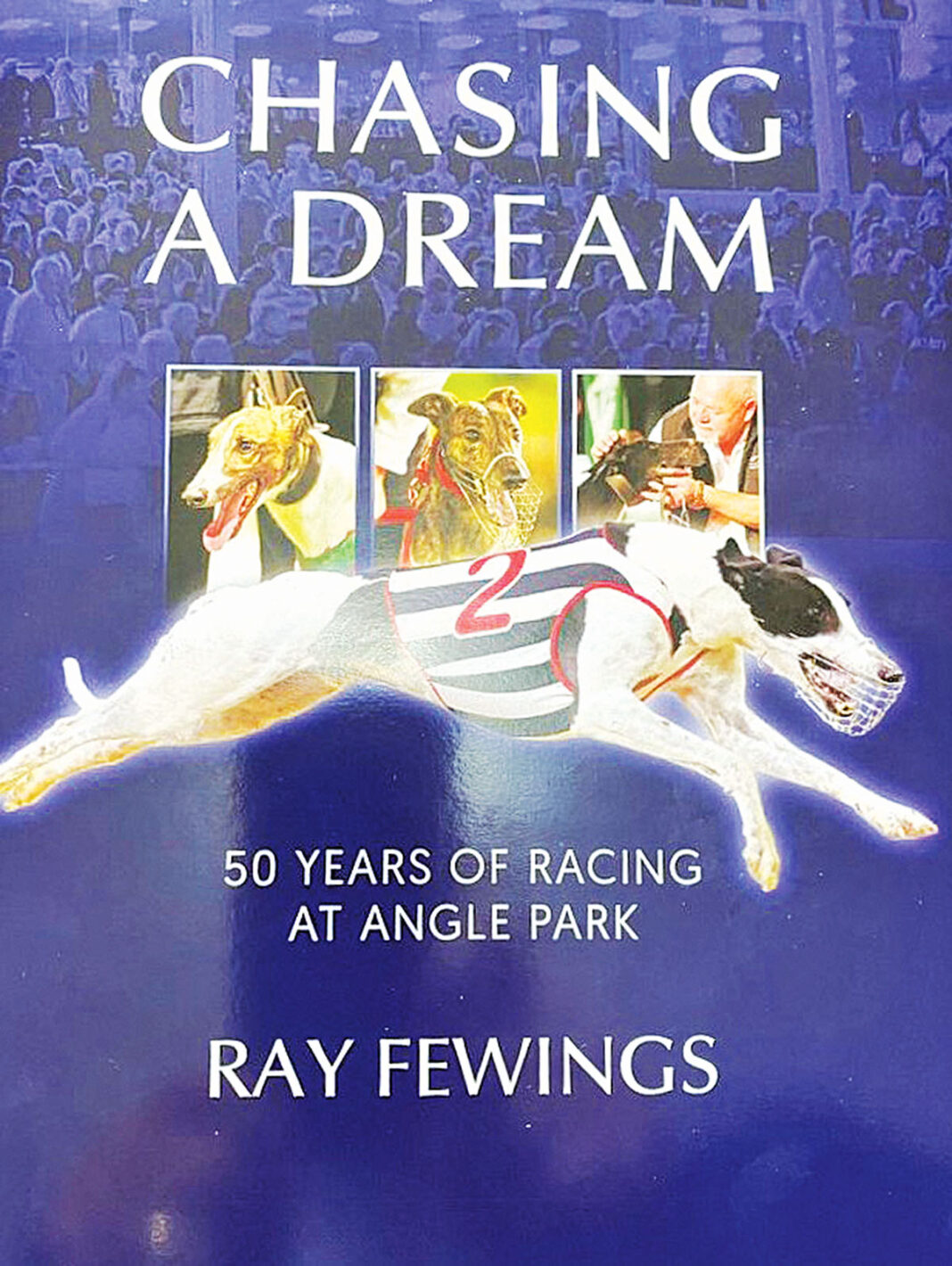 Ray Fewings is a Greyhound Racing SA board member, a licenced trainer and one who has lived the past 50 years as a passionate devotee of greyhound racing.

In Chasing A Dream … 50 Years of Racing at Angle Park, he has dusted down a lifetime of memories to tell the story of greyhound racing in South Australia.

But it’s a story that goes back to 1940 when the Adelaide Greyhound Racing Club first set up racing behind a pilot dog at Payneham Oval – and later at Cavan and Waterloo Corner.

Other clubs had later raced at Campbelltown Oval, Thebarton O val and Elizabeth.

However, rather than develop the track, the AGRC opted for the Harold Tyler Reserve at Angle Park.

And not even a malfunction of the starting box during the main event on opening night – Thursday, April 20, 1972 – could ruin a sensational start to legalised betting on metropolitan greyhound racing in Adelaide.

Fewings covered the opening night for the Adelaide Advertiser.

“A crowd estimated at more than 15,000 stood in confusion for almost an hour at the opening of the Adelaide Greyhound Raceway at Days Road last night.

“They stared in disbelief as the boxes flew open for the start of the feature event, the Commonwealth Invitation Sprint, and the tin hare failed to move.

“The greyhounds completed a lap of the course fighting and bumping as they searched in vain for the lure.

“One greyhound, Mulga Clown, pulled up and ran back to the winning post where he stared into the mirror of the photo finish camera.

“It was almost an hour before the stewards announced the race would be re-run at the end of the night but the star attraction Victorian champion Gerard The Gent was a scratching.”

But for all that, committeemen were overwhelmed by the crowd.

Traffic conditions were chaotic as cars drove bumper to bumper.

There’s plenty more covered in Chasing A Dream, though, with chapters on the long journey, the fight to race, the right stuff, the racecallers, the mischief makers and the memories.

“It’s a story that recalls the men, women and greyhounds who have filled our hearts with joy and our minds with great memories across the past 50 years.

“And it’s a book that will spark many grand recollections of a ‘night at the dogs’ at Angle Park.”

Chasing A Dream … 50 Years of Racing at Angle Park can be ordered at the Mount Gambier race day office at a cost of $25.

For this year’s Carlin & Gazzard MG Mount Gambier Cup winner Departure Gate, last Sunday’s all the way win in the Progreyhoundtips.com Open Stake at Tara Raceway wrapped up a busy week for the son of Fernando Bale x Tarks Nemesis.

Then, four nights later, the black dog returned to Warrnambool for the first time in almost two years and was beaten by 4½ lengths in the Great 8 Regional Series over 650 metres.

But appearing as fresh as a daisy on the back of two middle-distance runs, Departure Gate, trained at Moorak by Jason Newman, was obviously at the top of his game as he strode to the boxes – full of self- importance – for last Sunday’s 512 metre event.

And in the end he had 4½ lengths to spare over Redeem A Prize in a quick 29.59 seconds when bringing up his 10th win at the local track this year.

Speaking after last Sunday’s win, handler Melissa Freitag said Departure Gate would now be freshened in readiness for the Exchange Printers Anniversary Cup, heats of which will be run on Sunday, July 17.