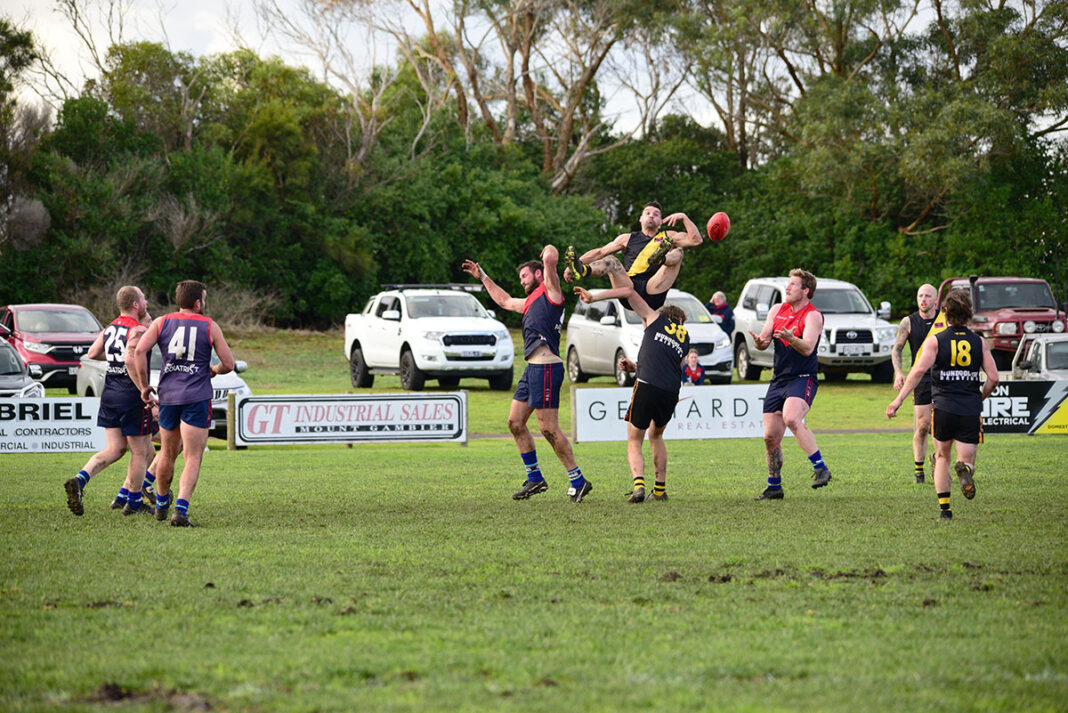 SANFL takes next step in consultation with Limestone Coast survey

Local clubs are currently weighing up their options as they discuss what the future looks like for the sporting soul of the community.

The calls for change have been made since the sport emerged from COVID-19 and the inaugural Limestone Coast Football League was played in 2020.

Almost 12 months ago to the day a historic meeting took place between all playing and umpiring bodies, plus the SANFL at Naracoorte.

Following the afternoon filled with debate, the Limestone Coast Regional Council conducted a full scale review into the state of football and netball in the region and declared change would be ideal.

However, the proposals were declined and the SANFL has now taken matters into its own hands, examining the need for change to ensure the winter codes can thrive in the future.

The first step was to discuss the topic again with clubs, leagues and associations across a number of meetings in recent weeks.

Following the discussions the SANFL has asked clubs to complete a survey to gain a better understanding about the desire for change around the region.

One of the major problems with modern football is the decline of junior numbers in recent years with the WBFL’s total number of players aged 5-17 falling from 1043 in 2017 to 868 in 2021.

The SE Voice has obtained some parts of the SANFL’s survey and can reveal a Junior Regional Hub model is being considered.

Under the proposal hubs would be created throughout the South East from Auskick to Under 12s with boys and girls not connected to any club.

These hubs would be supported by the clubs with players given the opportunity to move to the club of their choice once they are at junior football age.

The survey stated a combined football league with up to 16 clubs is being considered to “build the capacity of the region.”

It also stated there are several factors to be considered for change to occur, revealing clubs have raised concerns about “attracting junior players, fielding Colts sides and the transition of players into senior ranks”.

A total of 12 answers were required to complete the survey including responses to questions such as ‘does your club support continuing investigation into Junior Hub models’ and ‘do you believe your club would be in favour of participating in a newly formed 16 team competition?’

Another question was directed at triggers for change with clubs given the task of ticking one of the following boxes – merger for clubs, transfer of club/s between existing leagues, dissolution of an existing league, SANFL establishing a new league with clubs or change is not required.

SANFL Head of Community Football Lisa Faraci said the survey was a key part of the “consultation phase” and revealed the responses will be collated into next month.

“As part of the consultation phase, the survey is with all clubs and we look forward to working through the responses with them in the coming weeks,” she said in a statement provided to the SE Voice.

Meanwhile, another opportunity to host a high-level SANFL match or AFL trial has been denied to the Mid South East Football League.

The league last hosted an elite match 33 years ago at Robe but its next possible chance will not be until 2024 at the earliest.

This is one of the likely outcomes of a meeting at Naracoorte earlier this month involving the South East Affiliated Leagues Council and SANFL zone club Glenelg.

In-principle support was given to the Glenelg Football Club playing both male and female matches at a venue in Mount Gambier in either March or April of next year.

It is envisaged one of the games will involve the Glenelg AFLW team taking on the SE zone team.

The decision continues the favourable treatment by football officialdom handed to the Blue Lake city over the past three decades as it has hosted numerous AFL trial games and training camps.

The neighbouring Kowree Naracoorte Tatiara Football League has also not been overlooked in this period as it has hosted a pre-season AFL trial at McCorkindale Park at Penola and a SANFL match for premiership points at Bordertown.

For the record, the last higher-level match in the MSEFL was the 1989 pre-season trial at Robe involving Glenelg and Port Adelaide.  Meanwhile, the June 17 meeting at Naracoorte also covered a range of topics relating to male and female academy programs for 2023.

The re-formation of the SE Junior Advisory Council is under consideration.