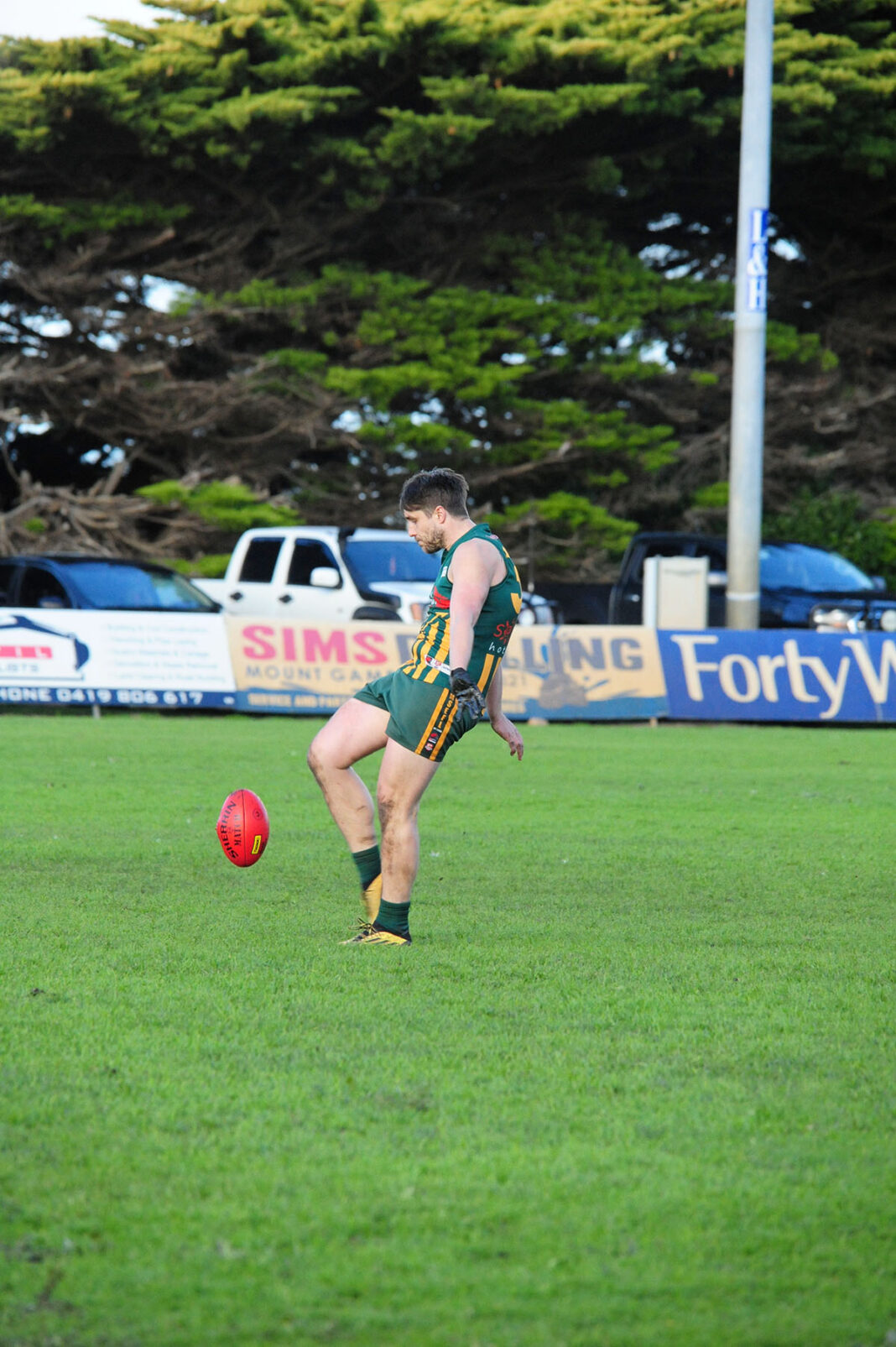 The so-called “September Specialists” are gaining momentum with Mount Burr looking to entrench itself in the top four with a home ground win over reigning premiers Port MacDonnell.

Mick and Jean Walker Oval will definitely host the match-of-the-day on Saturday in round 13 of the Mid South East Football League.

The Mozzies had the early-season blues but have been revitalised by the recovery from injury of such talented and seasoned hands as coach Reece Duncan, Tyler Stanley and Dylan Ridley.

Between them, they would have around 500 games of A Grade experience and their leadership is assisting the green-and-golds work towards enhancing their record haul of A Grade premierships.

Speaking of records, the Demons have yet to successfully defend any of their senior flags.

With just six rounds remaining and top two Hatherleigh and Kalangadoo in good form, it appears increasingly likely the Burr Boys and Bay Boys will meet again in the cut-throat first semi-final.

This scenario provides an additional motive to secure a win.

The hype over Nangwarry ending its 104-game losing streak has yet to subside and the Saints still appear to have their heads in the clouds.

The club has had to endure two heavy defeats and the chance to hand over the wooden spoon is now looking unlikely.

The Saints will probably need to win at least three of their final five games to be clear of the bottom of the table by season’s end for the first time since 2014.

One of those victories may well come at the expense of Kongorong which it hosts on Saturday.

The Hawks have been in the lower half of the table for several seasons but always seem to have the measure of the Saints.

It must be tempting for Hatherleigh’s selectors to rest some players, give some juniors extra A Grade time and promote some of their Reserves as they prepare to take on Tantanoola at Tigerland.

After Saturday, the Eagles have the luxury of a three-week hiatus owing to the SA Country Championships at Whyalla and then their scheduled bye.

Coach Jake Dowdy, his predecessor Jase Faulkner and gun forward Jake Wight were all nursing injuries and opted to sit out that big win over Robe.

They are likely to be spectators again as it is hard to see the young but keen Tiger team mounting a successful challenge.

Glencoe has gone from boiled lollies to chocolates in the space of a week.

Not long ago, it was looking at its first-ever wooden spoon since its formation in 1910 but now it is in sixth place.

The Murphies will be looking for another win at the seaside against Robe as this would be the ideal precursor to their annual premiership reunion day on Saturday, July 23 when they host Tantanoola.

For its part, Robe needs to re-group and reflect on its 126-point defeat at Hatherleigh.

The Roosters would not have factored the form of Hatherleigh forward Sam Telfer into their pre-match reckonings but he played the game-of-his-life to finish with 21.1.

Glencoe does not appear to have a player of his ilk but football is full of surprises.

The Roosters will take to their home ground in need of a win to keep in touch with the top four as well as the ever-present rumours among Rooster insiders of a possible move to the Kowree Naracoorte Tatiara Football League.