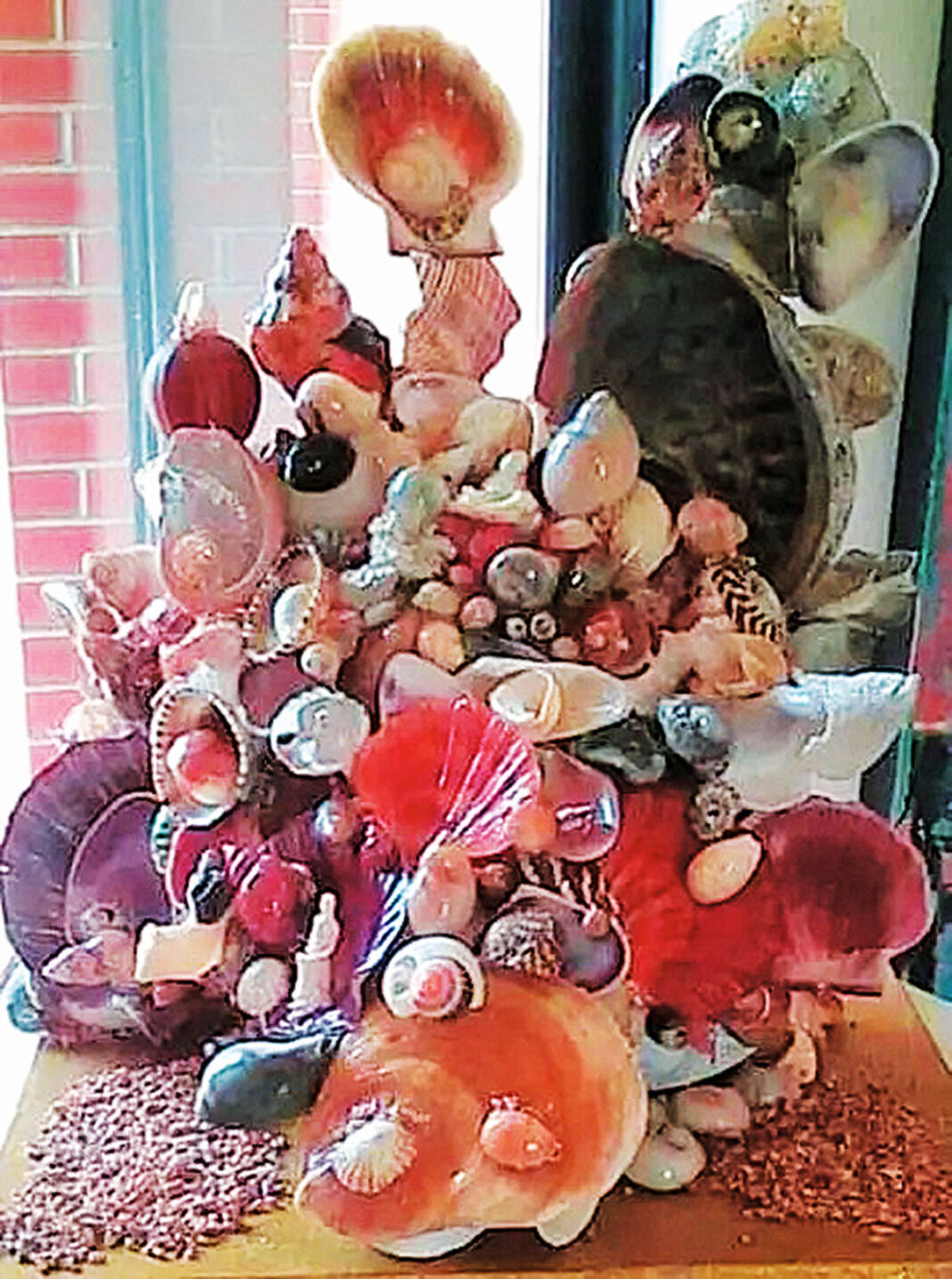 She sells sea shells from the sea shore

She has been showing her art at exhibitions around the region including Mount Gambier, Naracoorte, and Millicent for over 25 years.

Ms MacLeod has been making her shell sculptures for the last 12 years, creating 20 small ornamental pieces and three large sculptures in that time.

One of these sculptures has even made its home in China after catching the eye of an overseas tourist.

Ms MacLeod said she got into shell art by collecting shells on her frequent visits to Beachport.

“In my sculptures, I only use shells I find along the beautiful Limestone Coast beaches, while out beachcombing,” she said.

“I just started collecting them as a hobby and then I decided I wanted to do something with them, so I just seemed to stick them all together and they … turned into a nice little sculpture.

“I am very lucky I do not have to go far to go beachcombing and get my shells.

“I go quite regularly, not recently in the winter but always in summer.”

Ms MacLeod said Mermaid’s Treasure was her favourite sculpture she had made.

“That one was my favourite just because it was a larger piece and to me it just looks more stunning,” she said.

“I found these shells in Beachport, Kingston, Robe and all the Limestone Coast areas but mainly Beachport.”