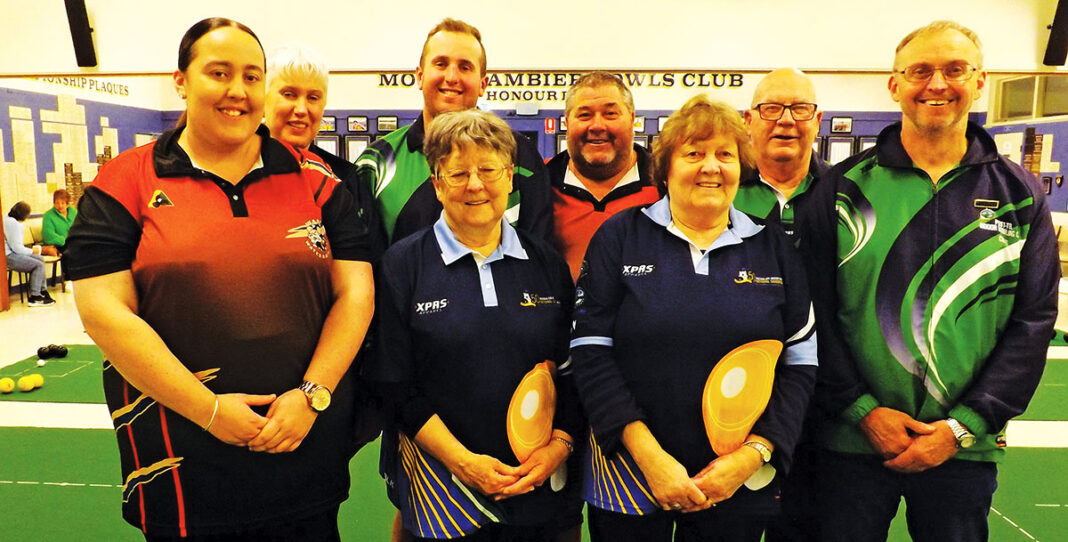 Success runs in the family at indoor championship

Before the start of the championship, the Mount Gambier District Indoor Bowls Association presented cheques to assist Fiona and Keisha Pearson on their selection in the Australian team to play the Trans-Tasman Test against New Zealand at the start of September.

The championships then followed, kicking off with the Elma Attiwill/Intersport Ladies Singles which attracted 18 entries and the Pearson Family/Athol and Sue Malseed Men’s Singles, which also incorporated the Ian Simpson Memorial Champion of Champions and received 29 entries.

This set up a final between the two Australian representatives Fiona Pearson and her daughter Keisha Pearson.

Fiona scored three shots on the first end before they both scored consecutive ends to equal the scores on the last.

With an extra end to be played it was going to be anyone’s game and Fiona hung on by scoring one shot to take victory and win the 2022 Elma Attiwill/Intersport Ladies singles championship 7 shots to 6.

The decider a close game was predicted, but it was not, with Gregory only winning two ends for the game and Zac Pearson scoring three shots on the last end to win 9-3.

This meant the son and mother combination of Zac and Fiona Pearson met in the Ian Simpson Memorial Champion of Champions which is a trophy close to both of them being named after Fiona’s brother.

The Champion of Champions game was a close contest with Zac’s consistent bowling resulting in a full count of three shots on the sixth end to give him a four shot lead into the last end.

This was enough to defeat Fiona and win the Memorial Champion of Champions.

‘The Mills’ lights up