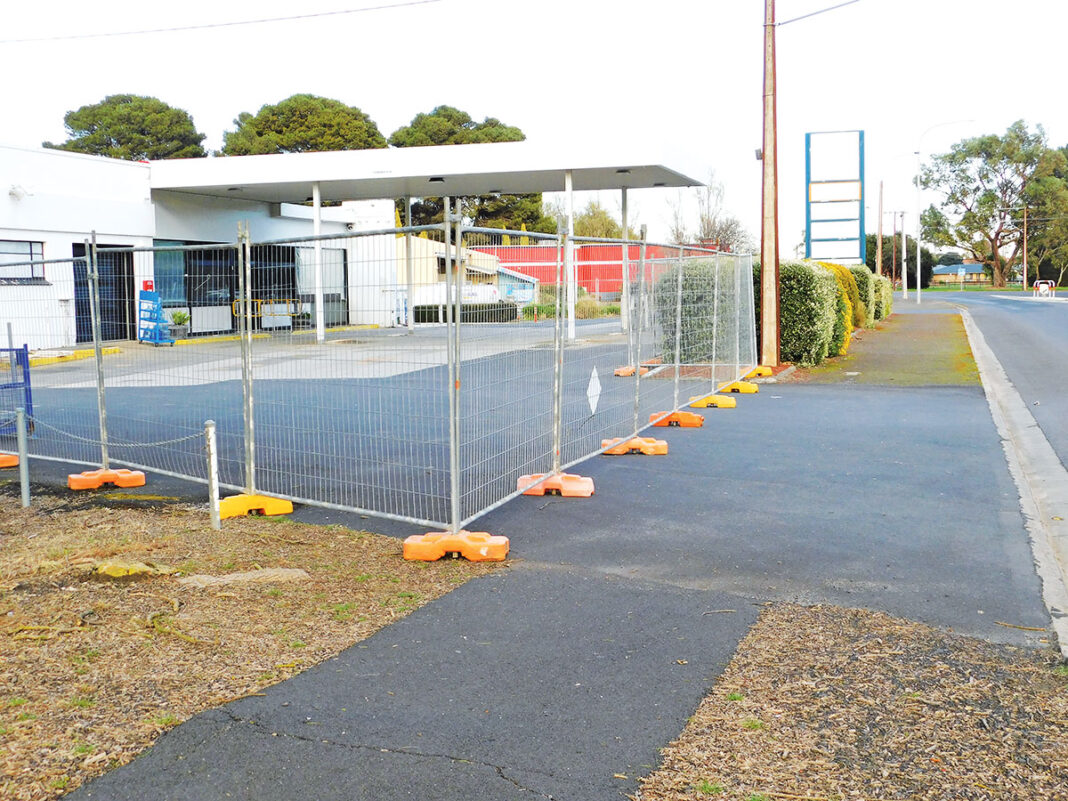 The sale of its service station on Adelaide Road at Millicent has earned Wattle Range Council the sum of $1.1m.

The new owners are the K&S Corporation which operates Millicent’s two other service stations at Billygoat Corner and Mount Gambier Road.

The Adelaide Road service station was closed eight months ago by leaseholders Caltex/AMPOL with the loss of seven jobs.

Within a day of its August 4 closure, signage, most pumps and other fittings had been removed while a 3m high security fence had been erected around the perimeter of the site.

Since then, Caltex/AMPOL has remediated the site including the removal of soil and the underground fuel tanks.

The K&S Corporation has previously informed council staff of a likely reopening date in April but this will not occur as some regulatory approvals are pending.

Due to the sale, council is no longer obliged to pay various maintenance costs but it will forego rent which was worth $110,000 in the 2020/21 financial year.

Council chief executive Ben Gower said the sale proceeds would be applied to the purchase of a 130-acre broad acre property at Tantanoola which contained extensive deposits of limestone suitable for road rubble.

He said the opportunity to exchange such assets played into the minds of councillors and was in line with council’s strategic plan.

According to Mr Gower, it was an anomaly the former Millicent District Council came to own the service station many years ago.

“Council is not in the business of owning service stations,” Mr Gower said.

“We have de-risked ourselves from the ownership of a potentially contaminated site.”

The freehold of the leased and unmanned service station on Mount Gambier Road is owned by Caltex and it has applied for planning permission to demolish the structure.