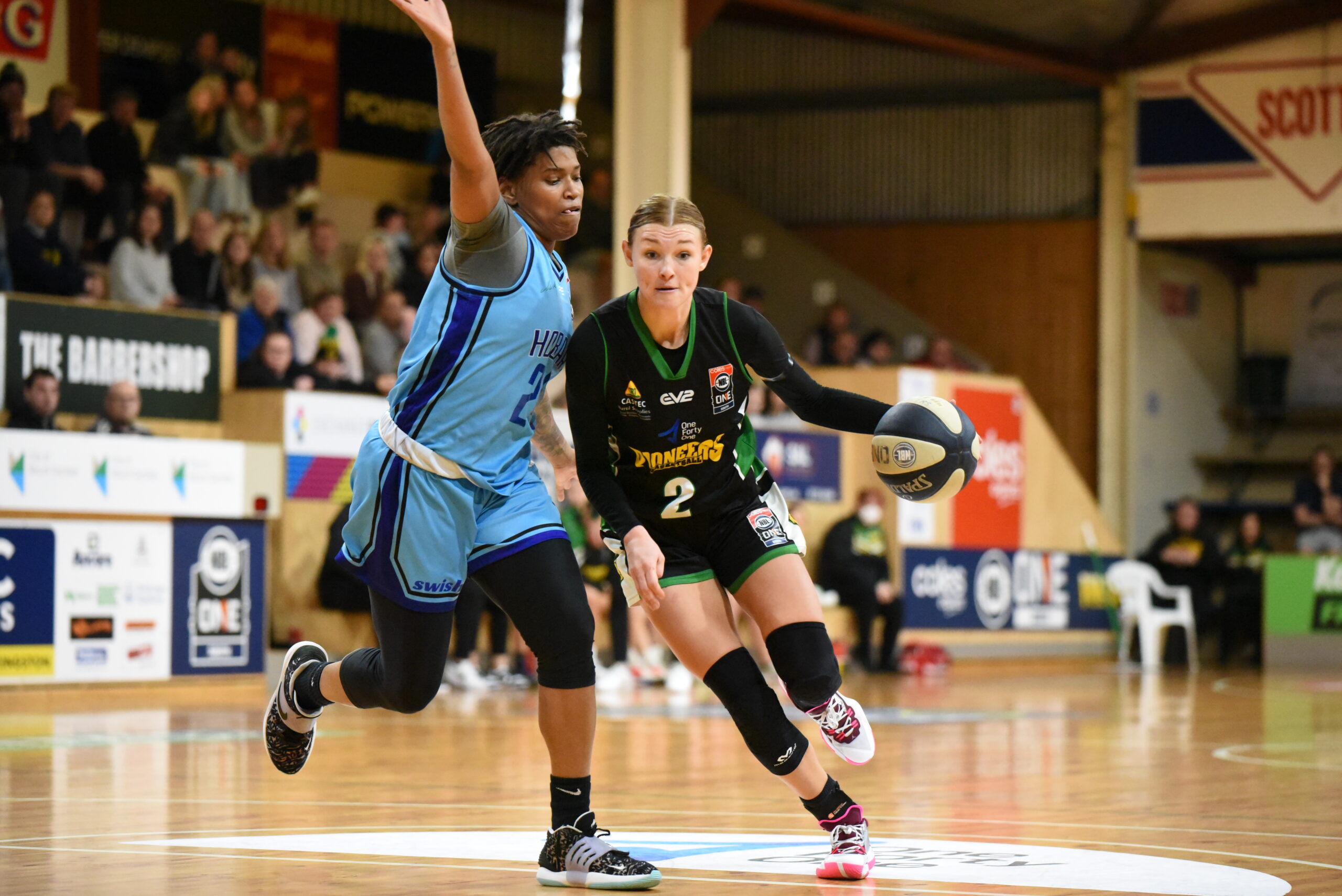 Haliegh Reinoehl arrived in Australia in March as one of two overseas imports and has quickly become one of the most recognisable faces in the OneFortyOne Mount Gambier Pioneers side.

The forward has played all over the world, but has endured a crazy a couple of months in the Blue Lake city having made her Pioneers debut and experiencing a season-threatening wrist injury.

But Reinoehl has put these challenges aside to swiftly become a key component of the Pioneers side, helping them become a top team in the NBL1 South conference shooting regular points and making plays all over the court.

Even though it is her first time down under, she said the Pioneers community embraced her instantly and this helped her find her feet in the team early.

“It has been an extremely inviting environment to enter,” Reinoehl said.

“Out of all the places I have played, this place feels the most like home.

“My teammates and the people in the community (are the some of my favourite things).”

Aside from cutting her teeth in the college system in America for Akron, Reinoehl has also played all over Europe building a reputation as a much-wanted signature.

Even after playing against some of the best in the European teams, she still believes the NBL1 South competition is up there featuring many imports, WNBL and Australian Opals representatives.

“The NBL1 South is a competitive league and has a lot of talent in all of the teams,” Reinoehl said.

“This league is similar to the level of European leagues I have played in.

“These girls can hoop.”

Before shooting hoops all over the world, Reinoehl’s life as a baller started from humble beginnings in Westfield, Indiana with her dad playing a huge role.

“Basketball started with my dad in my driveway,” she said.

“I played street ball with my brother and my dad growing up.

“My dad was a player himself and went on to coach me in club basketball which was a very special moment … and it has shaped me into the player I am today.

“When I played in the NCAA my dad drove five hours there and back to every game.

“He is who I think of when I think about why I started playing.”

Boosted by the support of her father, Reinoehl took on the competitive world of college basketball and performed with flying colours.

From her Freshman year in 2016/17 to her final season as Junior in 2018/19, she played 51 straight contests for Akron becoming the team’s most prolific rebounds collector.

Her development was showcased in her final season where she recorded career-best numbers in points, field goals, three-pointers, free throws and steals.

Reinoehl said her time at the Zips played a major role in the development of her career.

“I loved Akron and my four years there,” she said.

“College basketball is one of the best things I have ever experienced.

“The coaches took the time to develop me into a more dynamic player and I got better every year.

“My position coach, Coach Day, expanded my game greatly during my time playing under her.

“The Akron program took care of me and pushed me aggressively toward my goals.”

But after dominating for the Zips, Reinoehl already had her sights set on shooting hoops abroad.

She had set her career ambition early, deciding to take on an overseas challenge in her Junior year and signed with an agent and headed to Europe as soon she finished her degree, which is a moment she said she would never forget.

In 2020/21 Reinoehl played in Switzerland averaging 17.5 points per game before taking her career to Germany where she represented Wasserburg in the Damen-Basketball-Bundesliga.

The forward could only squeeze in three games for Wasserburg before becoming a Pioneer and it did not take long for her to find her feet.

All was going swimmingly at the start after she put in a pair of big performances to help Mount Gambier catch the competition’s eye winning the first two games.

However, Reinoehl’s Pioneers’ career came to a crashing halt when a training session went wrong.

“I found my role on the team quickly, but I lost flow when I injured my hand,” she said.

“I got into a passing lane and got my hand hit wrong – I knew it was broken but the Pioneers were quick to react and get me help.

“I think honestly breaking my hand and coming back for this team (was my biggest challenge).

“It was quite disruptive because I could not shoot or dribble for a full four weeks.

“I loved it so much here that is was difficult to not be able to do my job, but Squashbrook was great for my comeback.

“I trained in cardio intervals to keep me in game shape because they replicate basketball the best for me, I also lifted five times a week.

“I enjoyed staying in shape and taking this opportunity to work on my strength because there is always a way to get better.”

Despite spending a month on the sidelines, Reinoehl was able to return to the sport like nothing ever happened and has played in all six games since, with her most productive day in an important away contest against Nunawading, while Saturday’s performance against Eltham was special.

With her and the team back firing on all cylinders, the sky is the limit for the remainder of the season.

Off the court, Reinoehl has been all over the globe and said a few things had caught her by surprise – and it is not something Mount Gambier is necessarily known for.

“I have never lived anywhere with palm trees and these tropical plants,” she said.

“You guys are also very dramatic about the cold, but I am from the mid-west and we have extreme winters.

“Also the possums are cute here.”