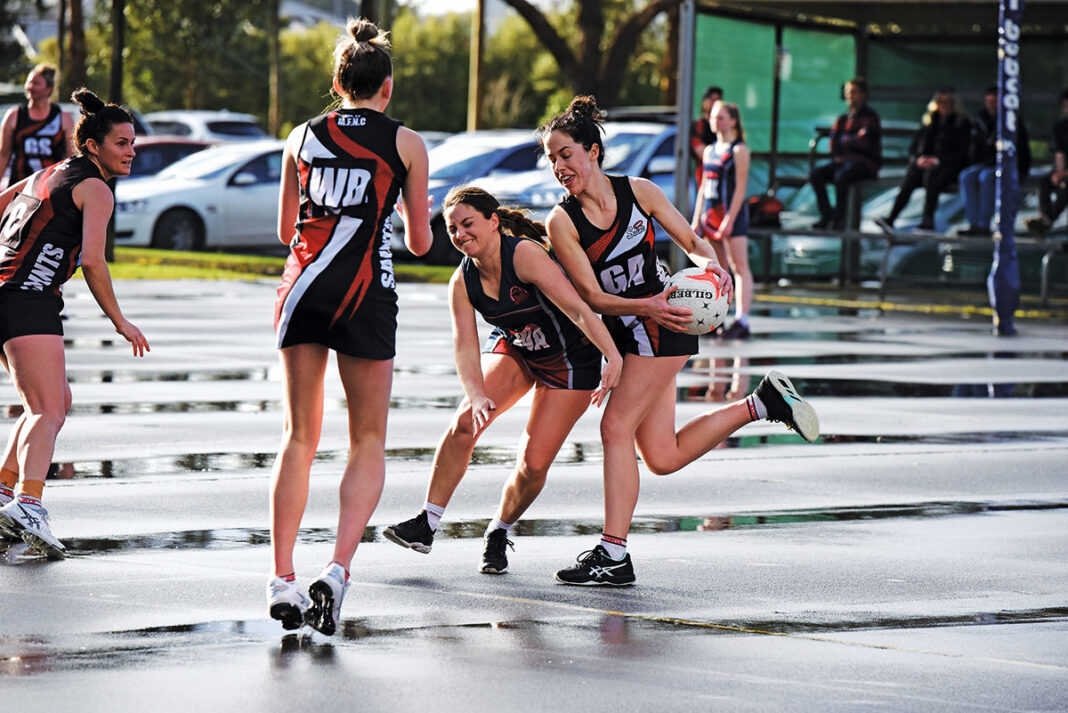 Up and coming Demons ready to turn tables

The traditional Anzac Day clash looms as one of the most competitive in recent memory, with South Gambier keen to make their mark after years of letting the Tigers be the dominant force.

Of course, with Caroline Wakefield starting the season with two outstanding games, showing her usual accuracy and being such a strong target for North Gambier and with Brianna Walters, the 2021 Shirley Underwood Medallist, North still starts favourite.

Mel Renko has returned to the defensive circle and her tight checking and ability to create turnover ball will also be critical.

The Demons welcome back defender Ellie Bouchier, after she has missed the opening wo rounds and with Grace Edwards, provides some serious tall timber to combat the influence of Wakefield.

The battle between Bouchier and 2022 A Grade debutant Macey Griffith will be one of the most pivotal of the match.

Recent Anzac clashes have seen South have one or two strong quarters but totally lose concentration for periods of time that have cost them dearly on the scoreboard.

If the Demons can stick with the Tigers, this could be one of the more entertaining and gripping clashes and while the Demons might not take the points, they should well and truly make North earn them in a nailbiter.

A loss to North and a close victory over South have made for a tough opening for reigning premiers East Gambier but as they continue to work with their new look combination, they will be looking to put together a four quarter performance against Casterton Sandford.

The Bulldogs are yet to put out their preferred seven on court and that has been a similar problem for the Cats, who are also still working around player unavailability and looking to find the best combinations as we move deeper into the 2022 season.

Charlotte Rice, Caeleigh Humphries, Claire Foster and Ebany Jarrad are the rising talent of this line-up and they will only continue to improve as the season progresses.

Scarlett Jarrad’s battle in the middle with Emily Hunter will be physical with neither taking a backward step, while the hard running of Tarsh McCallum and strong positioning and accurate finishing of Amryn Bosko will be critical will certainly test the young Cats defensive line.

Bo Creek’s combination with Morgan Amy will take some time to gel, despite having played together in previous seasons, but their tight checking will ensure the Cats have to be patient and careful in their delivery into their shooters.

East should rack up its second win of the season but expect the Cats to fight hard.

It is a top of the table clash but with the Roos are missing star shooter Sarah Ritter on state duties at the national championships and her sister Jade, who would normally take the goal keeper bib, so it will not be a true test of these two classy line-ups.

Missing Jade Ritter from the defensive circle also adds to the challenge of stopping Millicent’s Tabatha Sanderson, who has started the season with two dominant performances.

The good news for West is Claire Hunter took the goal shooter bib in Sarah Ritter’s absence last round and showed great confidence in taking the shot and combined well with coach and goal attack Lisa McGregor.

Tara Bryant’s battle with Daisy Tunkin will be a highlight of the match, but it is hard not to see the Saints remaining undefeated.

Tigers keen to take the challenge to rising Demons