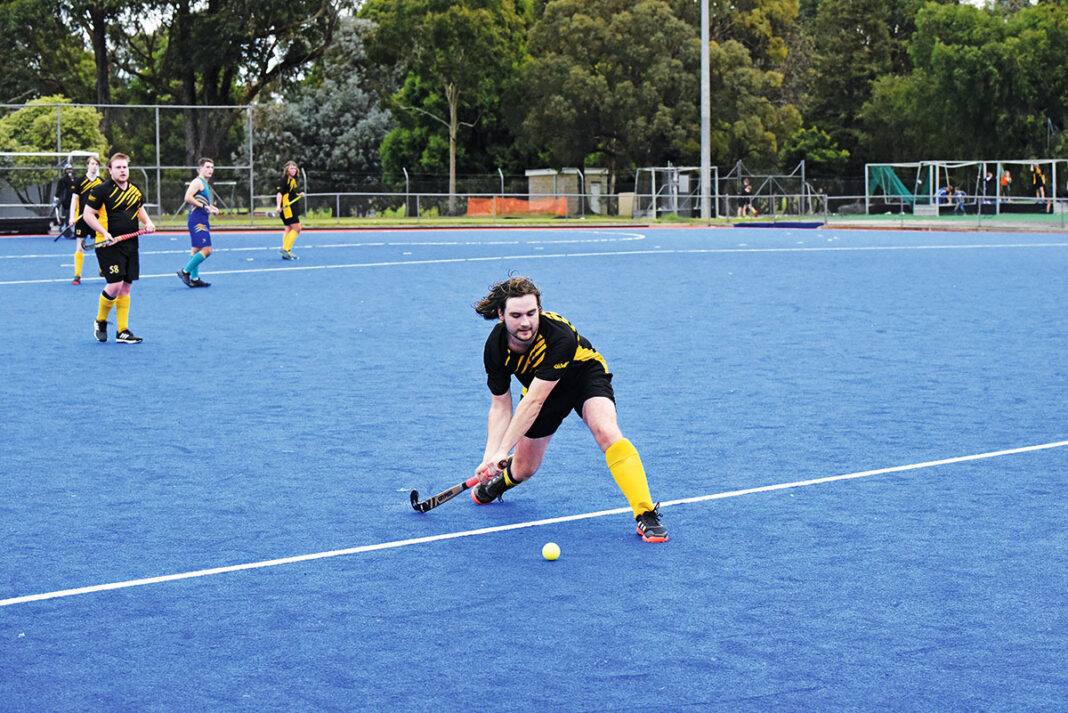 With the business end of the 2022 Lower South East Hockey Association season nearing, both Tigers and West looked to begin a run of momentum to increase their finals hopes in the 12th round last weekend.

With a break from hockey in the previous week, both teams struggled to get a grasp of the game in the first quarter.

Tigers began to get the edge on West in the second quarter, eventually capitalising from the stick of Emma Ryan.

After this breakthrough from Tigers, West kicked into gear and attacked with purpose.

This small period from West set them up for the second half, keeping the tempo high and scoring another two goals through Broad.

Tigers also scored another in the second half, but it did little to stop West from finishing the commanding 5-2 win.

In the other division 1 women’s match, Redbacks continued their dominance over Strikers with a convincing 6-0 victory.

Despite the best efforts of keeper Kate Fabian, Redbacks was able to score at will.

The side’s brilliance was led by the experienced trio of Anna Mitchell, Lauren Manser and Steph Wighton, who all got their names on the scoresheet with five goals between them.

Tayla England and Kim Henningson battled hard for Strikers, but Redbacks was not to be denied after a red hot first half which set them up for the easy victory.

It was an all Tigers battle in the prime-time match on Saturday afternoon in the 12th round of the LSEHA Division 1 men’s competition.

Despite the 2pm start time the game was still played under lights on a very gloomy day at Blue Lake Sports Park.

It was a pretty scrappy affair from the get-go in this clash, with neither side playing structured hockey.

Eventually the drught was broken by Brady Cooper, who initially had his first shot off a short corner saved by Harry Robinson but the rebound went straight back to the former and the striker made no mistake the second time round.

Cooper did not need long to double his tally after the ball popped up awkwardly off Robinson, and the Tigers 1 forward controlled the loose ball to score his second from less than a metre out.

Leading goal scorer Aaron Mengler proved his class and scored the next couple for Tigers 1 to build the lead out to the commanding 5-0 scoreline.

For Tigers 2, former premiership player Ben Weir made a comeback appearance whilst visiting on holidays much to the delight of the crowd.

Matthew Kain worked hard in attack but was solidly defended all day, while Craig Nisbet worked tirelessly in defence as usual.

Harry Robinson was excellent in goals and made many great initial saves, but ultimately the pressure from the league leading Tigers 1 team was too much for the defence on the day.