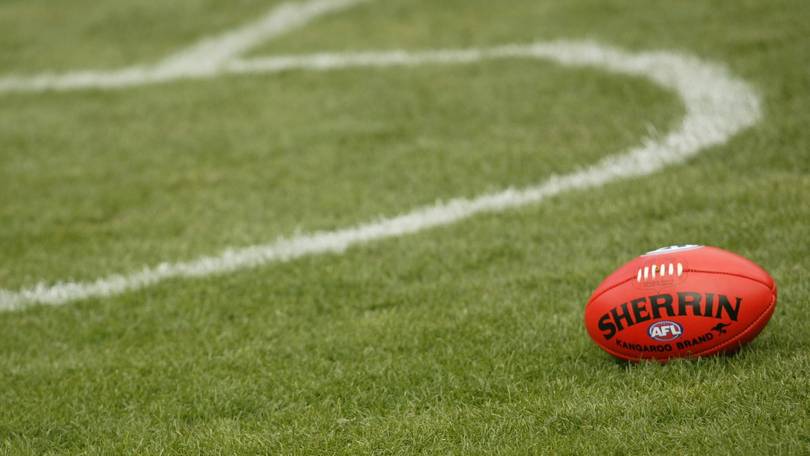 The fight for top spot in the 2021 Bendigo Bank Kowree Naracoorte Tatiara Football League season is back on even terms after Kingston’s unbeaten run came to a crashing end.

After round 7 was postponed, the largest football competition in the Limestone Coast fired back to life on Saturday and every team got on the park during a triumphant weekend of action.

The biggest result was the Saints’ shock loss to Padthaway.

Kingston appeared unstoppable during the opening  segment of the season, winning all six clashes including knocking over nearest rival Keith.

However, the Saints struggled to rediscover their magic in their return and were outplayed by Padthaway.

The Lions roared from the opening bounce and made their premiership ambitions clear by stunning the Kingston crowd.

The home side did not even trouble the scorers in the first term, while Padthaway kicked clear to a 23-point lead.

Archie Longbottom and Lachlan Eats were influential in the ambush, while Joshua Vandermeer and Cody Marshall were the targets inside 50.

After the disappointing start,  the hosts regrouped and man- aged to score two important  goals before half time.

But they couldn’t make any meaningful inroads into the Lions’ lead and another goalless quarter in the third sealed the Saints’ fate as Padthaway eased to a 36-point win.

Vandermeer and Marshall collected a combined total of five goals, two more than the entire Saints side.

Kingston’s ladder lead remains intact, but only through percentage after the Crows beat Lucindale.

The Roos were thrown out of the contest early as Keith charged away with a dominant opening half.

As George Ryan, Will Schreiber and both McMurray’s dominated around the ground, Ben  Simounds and Aydon Innes had a field day in the forward line.

By half time the scoreboard read 16-50 and despite Lucindale outscoring the visitors across the second half, the Crows still flew to an easy win.

The closest game took place at Frances where Border Districts celebrated the easing of restrictions for regional Victoria with a thrilling victory over Naracoorte.

The difference between the rivals never exceeded  double figures during a tense four-quarter arm wrestle.

The Joshua Gregg led Demons extracted an early advantage which finished as a game-high nine-point  lead by quarter time.

But the home team clawed back to within a single point before the main break to set up an electric second half.

The sides were so evenly matched the third term was a draw as they both went goal for goal.

All results were possible, but inspired by the home crowd, Border Districts scored the deciding major and won 70-66.

Mitchell Coles with four goals and Fraser Adams were the heroes for the victors.

Facing third-placed Mundulla, it was always going to be a tough road trip for Penola and that proved to be the case.

The Eagles went down to the Tigers by 72 points, but the game was not without its moments.

Thanks to a four-goal haul from Adam Merrett and an uplifting performance from Sam Gartner, Penola was in the hunt at the main break trailing by just 19 points.

However, the second half was all about the home side with Darcy King dominating the play.

Mundulla kicked nine goals to one after half time to seal the deal.

After scoring just one goal from eight scoring shots, Kybybolite was never in the game against Bordertown.

Despite straightening up after the main break, the Roosters could not be stopped from recorfing a solid 72-44 win courtesy of Billy Hayes.

This weekend Penola has its best chance yet of snapping its losing streak when it hosts Kybybolite.

Both sides only have one win on the board in 2021  and recent history backs the Eagles, winning the pre- vious two encounters.

On the Kowree Naracoorte Tatiara Netball Association courts, Penola ensured it stayed near the top of the tight finals fight with a solid win on Saturday.

April Possingham continued to dominate the scor- ing to allow the Eagles to swoop to an important  21-goal win over Mundulla.

Penola was hardly troubled after a strong start gave it a double-figure lead before the first break.

All other games were decided by 10 goals or less in an entertaining round with Border Districts, Kybybolite and Keith victorious.

The closest was between Kyby and Bordertown, where the home team denied the visitors a maiden win by just three goals.