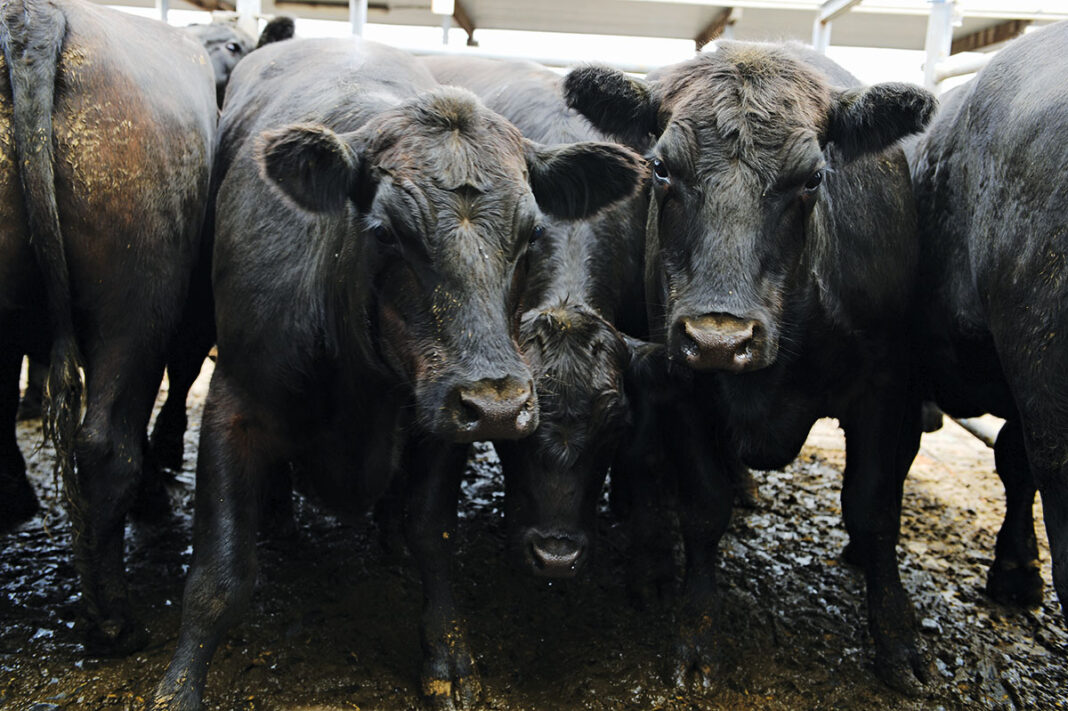 The heavy steer indicator has softened by 59c week-on-week, with only half the throughput seen last week.

Dalby had the majority of the contribution at 57% and was trading 17c under the national average, pulling down the indicator.

This is due to rain events in Queensland preventing larger sales going ahead, including Roma.

The national average price has strengthened as a result, as southern sales such as Wagga Wagga, Tamworth, Carcoar, Dubbo and Casino take out the largest contribution, trading at a premium on the national average.

Casino and Tamworth made up 17% of sales that contributed to the EYCI, with prices at a 75c and 40c premium on the national average respectively.

An easing in throughput increases the volatility of an indicator putting more weight on less saleyards.

Dalby was reported on remotely this week but contributed 13% to the EYCI.

This saleyard was trading at 57c under the national average.

Restocker lambs have bounced back by 58c week-on-week to 837.6c/kg cwt this week with rain improving restocker intentions.

Ballarat, Forbes and Wagga Wagga took out the largest contribution at 39%, 14% and 8%.

Forbes traded at the highest premium to the national average at 979.5c/kg cwt.

Wagga Wagga and Horsham also took out the largest contribution in Merino lambs.

The national average price softened week-on-week and is softer 49c year-on-year as the herd rebuild occurred.

Light lambs have strengthened 29c week-on-week with a higher demand from processors.

Processor sales made up 45% of sales – with 10% coming from Forbes as the highest contributor.

Slaughter softened this week as processors had to close following major rain events.

Lamb and sheep slaughter was not as harshly impacted as southern processing facilities were able to carry out their normal operating weeks.

For the fortnight ending Friday 13 May, the Live Export Price Indicator (LEPI) lifted 4c fortnight on fortnight to 474c/kg lwt.

This reflected a generally steady trading period for feeder values, trending to slightly firmer in some sales according to quality or delivery requirements.

Although a modest rise, the slightly firmer LEPI represented the first upward tick in the indicator since early February, with values largely levelling out in recent weeks after significant fluctuations earlier in the year when the LEPI peaked at 5.43c/kg lwt.

Indications that prices were easing were confirmed when the LEPI retreated to 4.98c/kg lwt one month ago.

The volume of feeder male cattle destined for Indonesia from the Port of Darwin sampled for the LEPI in the past fortnight remained relatively steady, with a total of 5842 feeder steers and bulls weighing between 280-380kg liveweight reported by the trade, which was 10% back on the previous fortnight.

First round mustering is now in full swing across all key cattle regions supplying the northern live export trade, with mustering teams starting earlier than average on many properties across the Top End due to below average wet seasons.

Compelling prices for young cattle and forecast feed shortages in the coming months have prompted the early sale of cattle, with producers turning off calves in considerable volumes to both live export – especially Darwin and Broome – and domestic restocker buyers in recent weeks.

Nevertheless, overall supply remains constrained due to the depleted northern herd which has limited scope for short-term rebuild due to the tighter seasonal outlook and powerful demand drawing stock into Queensland and beyond.

International on the move