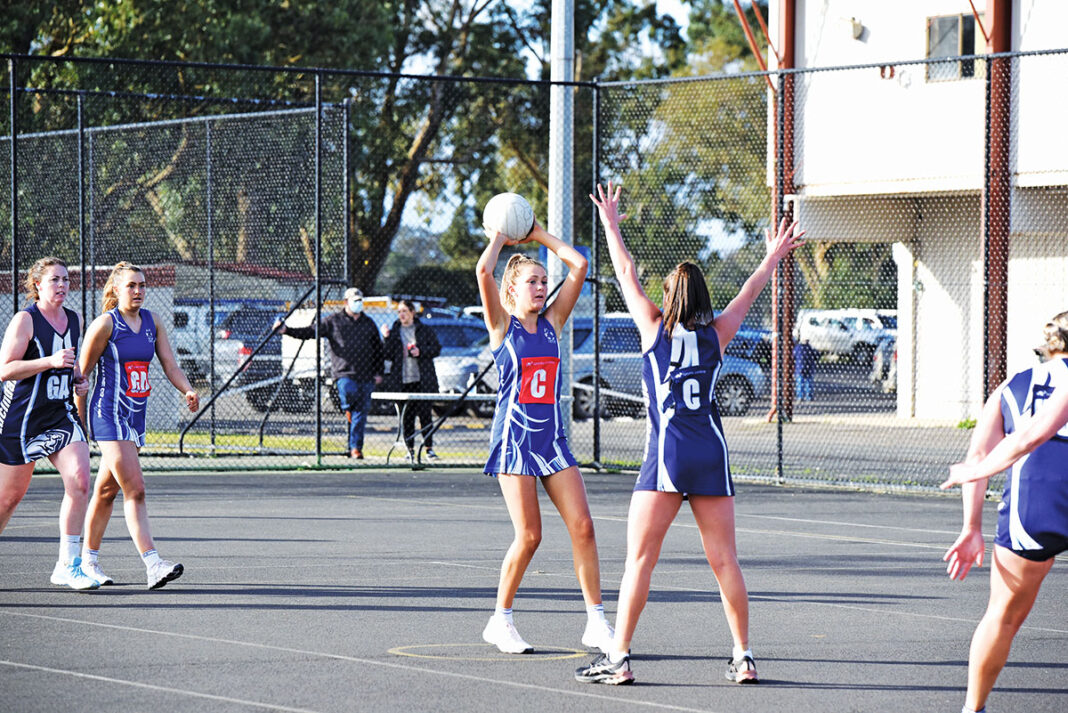 Penola knew it had a job to do heading into the 12th round of the Kowree Naracoorte Tatiara Netball Association season and excelled, scoring a critical win in front of its home fans at McCorquindale Park.

Fierce competitor Keith came to town and the battle between the two top five sides promised a lot with the finals race tightening.

With April Possingham hardly missing from beneath the goal ring and Brooke Klemm making her presence felt, the Eagles flew out of the blocks.

The Crows did their best to give Erika Lamont plenty of supply, but they could not stop the hosts from taking a five-goal into the first break after what proved to be their most productive term.

The game changed when play recommenced as Keith was a different force.

It was goal for goal play with Mia Harper getting into the act for the visitors.

But Penola always had an answer for Keith’s best efforts which put the home side in good stead heading into the second half.

With Klemm, Maddy Teakle and Possingham doing their thing, the Eagles took control of the game in the third term.

The hosts doubled the Crows’ output which meant the final quarter was a formality despite an improved effort from the visitors.

Possingham carried a huge weight in the goal circle shooting 54 of the 59 goals.

Penola now sits fifth, just one point ahead of Naracoorte with a trip to seventh-placed Bordertown coming up this Saturday.

The closest game in an extremely competitive round of netball took place between Mundulla and Border Districts where only three goals split the pair.

Despite getting the better of the last quarter the home side could not catch Border Districts before the final whistle and fell short.

Paige Marra and Chantelle Fromm did their best for Mundulla, while Emma Hausler and Kelsie Moyle-Read were the contributors behind the win.

Ladder leaders Lucindale experienced a tougher fight than expected from a spirited Bordertown.

Little separated the sides across the first half, but the Roos stepped up in the third term thanks to the efforts of Tara Nicolle and Trudy Lane.

This ensured there was enough breathing space to hold 48-39.

Naracoorte almost received an almighty shock from Padthaway on Saturday.

Few gave the winless Lions a chance, but they fought hard with both sides scoring 11 goals across in quarters two and three.

With only two goals the difference at three-quarter time, the stage was set for a big finish, but Lucy Hebschke’s big effort helped the Demons get out of trouble 54-45.