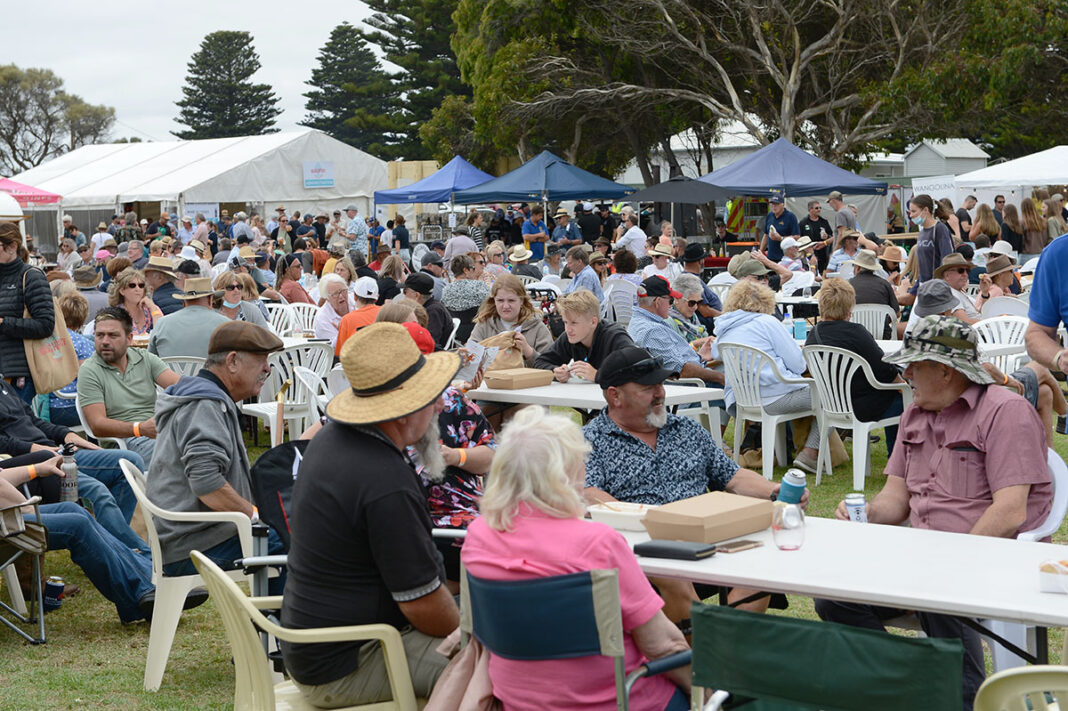 Criticisms of the post-event management of the inaugural Beachport Crayfish Festival continue to be aired in the public domain.

Staged by the Wattle Range Council in February, the festival was judged to be a commercial and social success with 2000 patrons enjoying a range of activities in near-perfect weather.

The latest critic has been festival sponsor Sue Wheal who runs the Bonnies and Bompa’s hospitality and accommodation venues at Beachport.

She claimed at a special council meeting for the draft 2022/23 budget in Millicent last week that a number of firms had yet to be paid by council for their goods and services for the Beachport Crayfish Festival.

According to Ms Wheal, she felt her status as a significant festival sponsor entitled her to a financial report from council but she had yet to receive it.

Similar concerns have been expressed on social media and in the mainstream media by festival volunteer Heather Burdon.

Council chief executive Ben Gower responded to Ms Wheal at the meeting and also provided a lengthy statement to The SE Voice.

“All of this was made possible through the generous support of the numerous sponsors, volunteers and Wattle Range Council staff that helped plan and run the event,” Mr Gower said.

“On behalf of the council, I would like to publicly thank them all for their support.

“Council established a joint committee that was made up of staff and local volunteers to help plan and run the festival.

“During a committee meeting that was held shortly after the event, a number of the volunteer committee members advised Wattle Range Council they did not want to stay on the committee and they believed it was too late in the annual budget cycle to start planning for another festival the following year.

“While the council is prepared to run another Beachport Crayfish Festival, we did not include one in the 2022/23 Draft Annual Business Plan and budget based on this advice.”

Mr Gower said staging the event had been a learning experience.

“One of the lessons that I take away from this event, is that it is really important to establish a Charter or Terms of Reference when Wattle Range Council forms partnerships with the community,” he said.

“Establishing an appropriate framework is really important to ensure that roles and responsibilities are clearly defined.

“The Beachport Crayfish Festival was auspiced by the Wattle Range Council and it was council’s responsibility to pay all of the suppliers.

“Some of the suppliers were contacting volunteer committee members to follow up on their payments instead of the council and this created some confusion.

“As soon as we became aware of the issue, it was rectified and we made sure that all invoices were paid immediately.”

Mr Gower said it cost approximately $130,000 to run the Beachport Crayfish Festival which was funded through a combination of council money, grant funds, sponsorship and ticket sales.

“The festival made a profit of approximately $9000,” he said.

“If another festival is held in the future, it will be recommended that this profit be allocated to help run that event.”