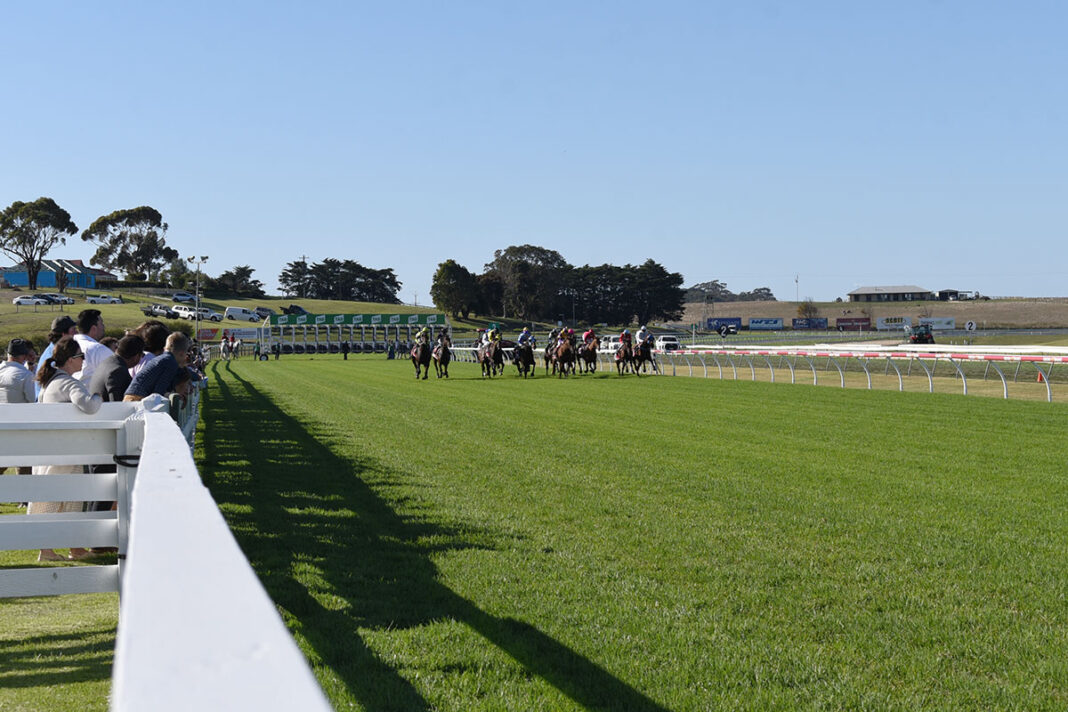 Having sprung back into action this year, the Mount Gambier Racing Club is ready for a huge 2022/23 season after announcing its calendar last week.

Friday, March 31, 2023 will be the date to circle on the calendar when the club hosts the 2023 Scott Group of Companies Gold Cup.

After trialling December meets in previous years, the club opted to provide members and stakeholders the opportunity to give feedback and revert to the traditional autumn running.

“We recently undertook a survey of various stakeholders involved with the Gold Cup event to ascertain the most suitable time of year for the event,” Mount Gambier Racing Club General Manager Brett Watson said.

“While we trialled the twilight format in December, we somewhat surprisingly did not see a huge improvement with weather and crowd numbers were on par or lower than the events held in the cooler months pre-COVID.

“In light of that, we wanted to provide our members, sponsors and others involved some certainty around the timing of the event.”

The scheduling of the event was also endorsed by major event sponsor, The Scott Group of Companies.

“We have listened to the feedback of our members and sponsors and we are relieved to provide certainty around the timing of our major social and racing event on the calendar,” Mount Gambier Racing Club President Peter George said.

“Mount Gambier Racing Club is incredibly grateful to have the continued support of The Scott Group of Companies, along with Carlton United Breweries and our other partners, particularly through the challenges experienced in recent years.”

Other highlights on the 2022/23 Mount Gambier race calendar include the Prostate and Breast Cancer Fundraiser race day on Sunday, September 11, including the Jericho Cup qualifier race, while a twilight meeting is scheduled for Friday, December 2.

With lots to look forward to, Watson hopes next summer will mark a return to pre-COVID times.

“It is fantastic to have a full season of racing scheduled after a few years of disruption,” he said.

“We would love to see local businesses and community groups get behind the twilight meeting in December where we will look to incorporate hospitality packages for Christmas shows.”

Other dates scheduled on the 2022/2023 calendar for Allan Scott Glenburnie Racecourse include:

Councils team up for election

‘Ag title’ on the line