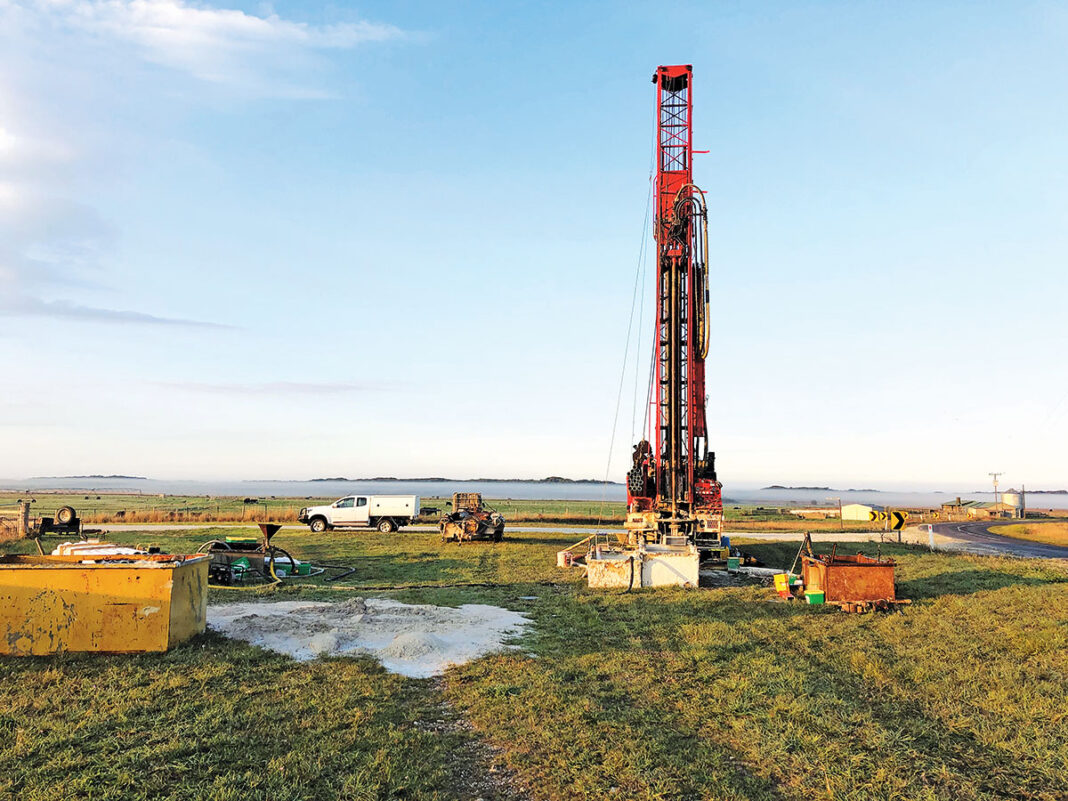 The Department for Environment and Water (DEW) is upgrading its groundwater monitoring network in the coastal region south of Mount Gambier.

A series of new monitoring wells are being drilled more than 100 metres below ground to monitor the aquifer at the depths often used for irrigation.

DEW Water Science and Monitoring Director Neil Power said the wells aim to improve the ability to monitor and detect any changes in the seawater freshwater interface that occurs naturally in coastal aquifers.

They will also support detection of any change in the location of interface, which may indicate potential seawater intrusion risk.

However, declines in groundwater levels in recent decades have raised the risk associated with the potential for seawater intrusion which could impact primary production and the environment.

“The area south of Mount Gambier has a unique combination of rich and productive agricultural land intermingled with incredibly important environmental assets.

“Additional monitoring in this area will ensure we can manage the risks of sea water intrusion,” Limestone Coast Landscape Board Chair Penny Schulz said.

“Geophysical surveys and drilling records show seawater present in the Limestone aquifer up to 1.2km inland near Eight Mile Creek, at a depth of 158 metres.

“The seawater-freshwater interface has been identified in a few other observation wells; however, the spatial distribution of the interface and its relationship with aquifer sub-units is not known.

“Overall the work will help identify risks and opportunities in the groundwater resource, and inform future management review.”