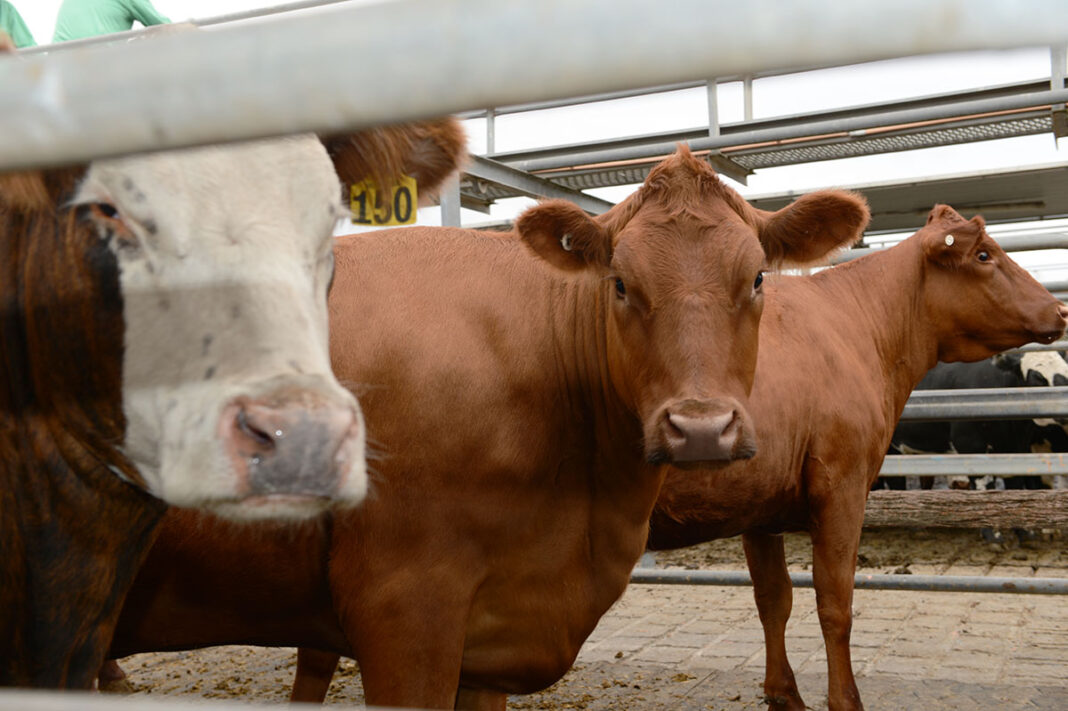 The 2021-22 financial year in review has been compiled by Meat & Livestock Australia, declaring FY22 was a strong year for the red meat industry, with many records being broken.

Here’s a look at the performance of the livestock markets over the last 12 months.

On July 1, 2021, Sydney and Melbourne were under what would become a strict three-month lockdown due to COVID-19. While the lockdowns led to major implications for red meat in the foodservice sector, demand for retail and online red meat products soared.

In the last two months, the Reserve Bank has raised interest rates for the first time in over a decade to deal with this inflation. This is set to have flow-on effects for producers with loans, overdrafts and borrowing facilities.

Another record broken this year was the number of cattle on feed. In the March 2022 quarter, there were 1.3m head of cattle in feedlots, surpassing the previous record set in winter 2019 in the midst of a drought.

The feedlot sector has provided continuity of supply throughout 2021-22 and this has been reflected in grainfed slaughter accounting for 55% of all cattle processed. This flowed through to record grainfed production and domestic consumption, hitting 60% for both metrics.

The confidence in the feedlot sector was reflected in national feedlot capacity hitting a new record in FY22 of 1.4m head.

In spring 2021, lamb slaughter was impacted processor capacity due to COVID-19 restrictions. This meant the large lamb cohort born last year could not be processed when it came online.

As a result, we’re seeing strong slaughter numbers for the first half of 2022 as processors catch up. Slaughter for the last week of FY22 is 36% higher than the corresponding week in 2020.

Cattle slaughter has been difficult due to a range of factors including: COVID processing restrictions in Victoria in spring 2021, COVID infection rates in late 2021 and early 2022 which caused significant staff numbers to isolate, the Queensland and northern NSW floods and a reduced labour pool due to smaller than usual migration over the past three years.

This year, the female slaughter rate (FSR), an indicator of the percentage of animals that are slaughtered that are female, hit 40.9% – the lowest in over a decade. There has not been an FSR that low since 2011 (the second most recent La Niña period).

An FSR below 47% indicates a technical rebuild. Thus, the FSR in FY22 demonstrates that Australia’s cattle herd is well and truly in a rebuild phase.

The goat herd rebuild has matured, with production rising since the spring of 2021. Slaughter and production of goats are at the highest levels since 2020.

This rebuild has occurred quicker than the sheep and cattle rebuild due to the shorter gestational period of goats.

Producer sentiment remains strong in the sheep industry. MLA’s most recent wave of the MLA/AWI sheepmeat and wool survey indicates that in 2022, over 90% of producers intend to increase or maintain the level of their breeding flocks. The results also showed a move away from wool breeds to meat breeds due to high lamb prices.

The Australian red meat industry faced major logistical challenges in FY22, especially regarding shipping and freight. In late 2021, significant bottle necks in accessing ports on the western coast of America impacted the ability to get meat into the USA quickly. Moving forward, large areas of China have been shut down as the country pursues a zero-COVID policy. This has impacted the movement of imports into Shanghai.

Overall, at the halfway point of 2022, the world seems to be recovering from COVID. Most countries have abandoned lockdowns and global travel has recovered. As a result, foodservice has begun to recover which is encouraging, given the amount of Australian meat that is served via this sales channel. Furthermore, the increase in planes leaving Australia could help boost the air freight component of meat exports.

This year, the Russian invasion of Ukraine has impacted the cost of grain and oil. These two critical on-farm inputs have increased, putting pressure on transport and stock feed.

This April, MLA released the Live Export Price Indicator (LEPI), the first new indicator in over seven years. The LEPI records the price of live export steers sent from Darwin to Indonesian feedlots. Going into FY23, MLA plans to release at least another two indicators to increase the breadth of its market coverage.

In southern Australia, the winter rainfall continued in FY22, with the outlook for FY23 looking strong with a negative Indian Ocean Dipole (IOD) predicted.

In northern Australia, the summer wet did not eventuate as strongly as was initially predicted. The north will rely on a strong wet in the 2022-23 summer to fully reach its rebuild potential.

Similarly, lamb weights have also trended up – rising over 400g to 25kg. The rise in carcase weights is attributed to the high prices that have incentivised producers to feed animals to heavier weights. Feedlots have also been feeding cattle for longer to achieve heavier weights.

There’s been strong demand recently for red meat co-products as people look to utilise the whole carcase. MLA is receiving interest in the price of livers, tripe and kidneys.

The reduction in exports over the last 12 months has not been related to falling demand for Australian product, rather it has been related to the lower supply due to the rebuild phase of the national flock and herd. With production and slaughter tipped to increase in the second half of 2022 and into 2023, this is a positive story for Australia’s export markets.