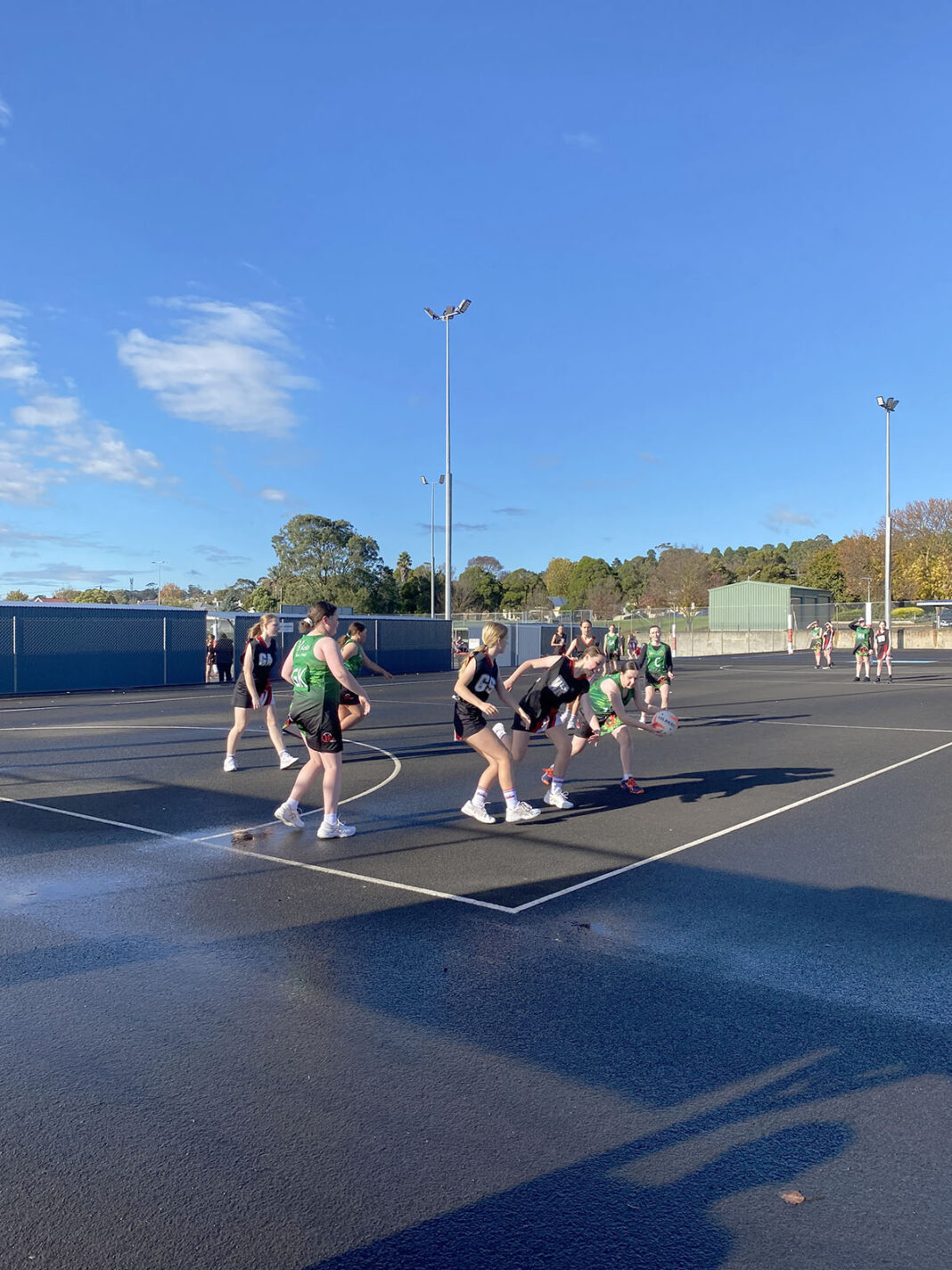 The nervous tension of the upcoming rain settled into the early morning on Saturday as the bubbly Under 15s began their fifth round of the 2022 Mount Gambier Netball Association season.

The game was a fast and intense encounter with sharp passes and footwork.

As the second quarter started Vicis goal shooter Stella Turley showed her offensive moves in her third, but even with a missed shot, it was a fantastic quarter.

By the end of the first half, Saints led an impressive 27-5 against Vicis who refused to give up.

The second half was still fast paced but it was evident tired legs were starting to show.

A funny moment in the half was a surprise shoe tie from Saints wing defence Jemima Paltridge that was able to score another goal.

The game went to Saints 54-12, but was enjoyable match to watch.

Cloudy skies and the smell of mid-afternoon rain was hitting Olympic Park on Court One for another game between Vicis and Saints – but the A Grade edition.

The second quarter began with an intense and hard-fought tone, with a devastating injury from WA Jordana Jones who had been playing an impressive game up until that point.

The teamwork and encouragement between each of the players to their teammates was great to watch with shooter Bec Humphries playing an amazing second half.

Both teams scored 12 goals in the second quarter with a three-goal gap at half time, 21-18, Saints’ way.

As the second half started the energy was completely changed because of Jones’ injury.

The half was intense and hard to watch, as each of their defensive sides were strong, hard and all hungry for the ball.

The game finished 47-35 as the forecast rain settled in a few minutes before the final whistle blew, but this fixture is definitely a match-up to watch again in the future.