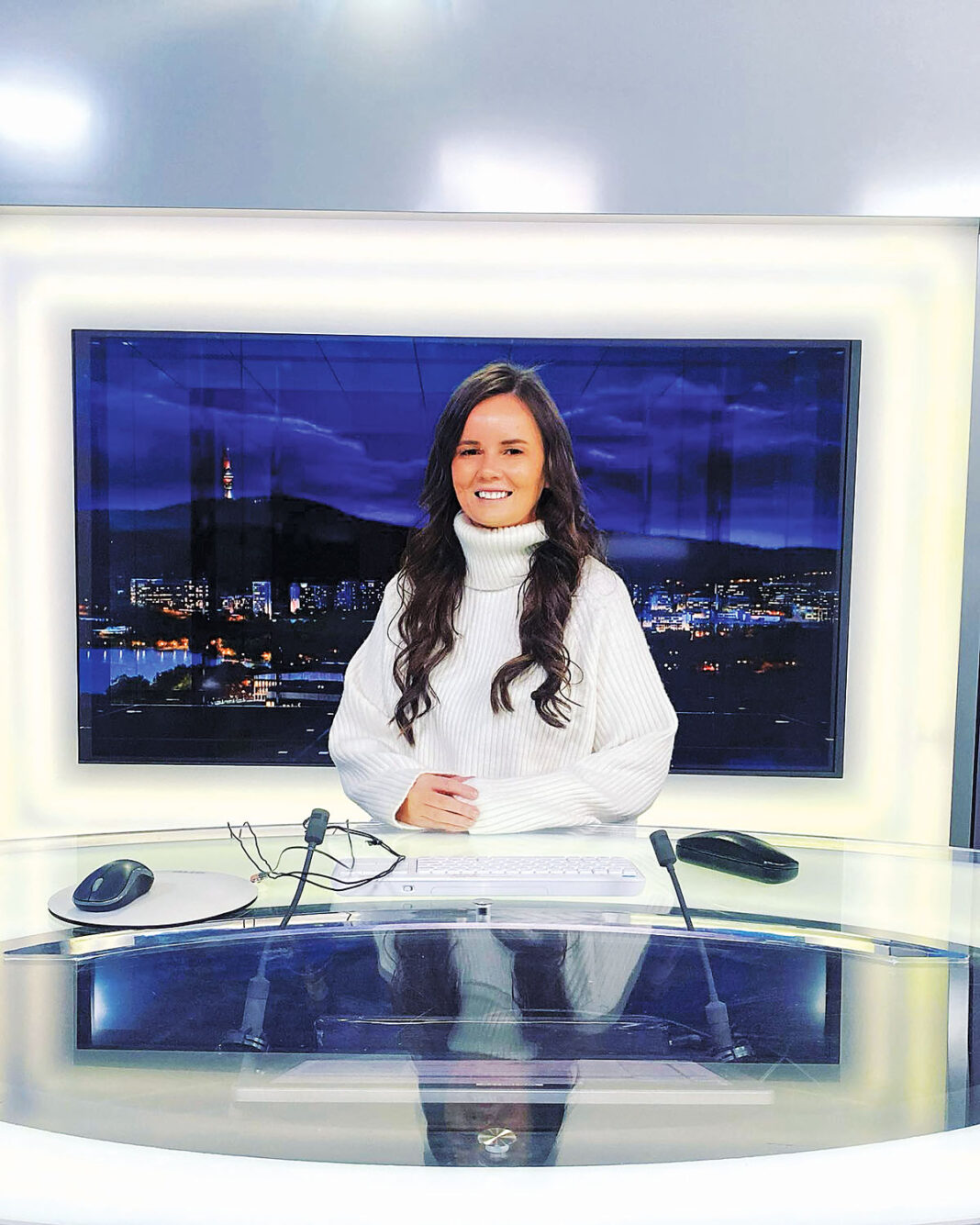 Former Mount Gambier and Millicent journalist Brooke Littlewood was the guest-of-honour at the National Press Club of Australia in Canberra last week as she was personally presented with the annual 2021 Caroline Jones Award for Young Journalists.

It was a bitter-sweet moment as Ms Jones had died a few days earlier at the age of 84 after being a media trail-blazer for women for much of her working life.

With a national television audience watching on, Ms Littlewood had the honour of asking the first question of National Press Club guest speaker Aminata Conteh-Biger, founder and chief executive of the Aminata Maternal Foundation.

“If anyone told me two years ago, I’d be on ABC TV asking the first question at a National Press Club address I would have told them they were dreaming but hey I guess dreams do come true,” Ms Littlewood said.

She is currently an agricultural writer at Farm Weekly in Perth and is no stranger to awards.

As a 20-year-old cadet journalist in her home town in 2013, she was named as the Young Employee of the Year by the Millicent Business Community Association (MBCA) when it staged its third annual Outstanding Business Awards.

Ms Littlewood was the 2019 Young Journalist of the Year for the Country Press Association of South Australia.

Ms Littlewood has worked in Victoria and South Australia and was previously highly commended in the Caroline Jones Award for her work on the Sunraysia Daily.

Her winning entry for the 2021 award contained long-form and in-depth explorations of the complex challenges of life on the land today.