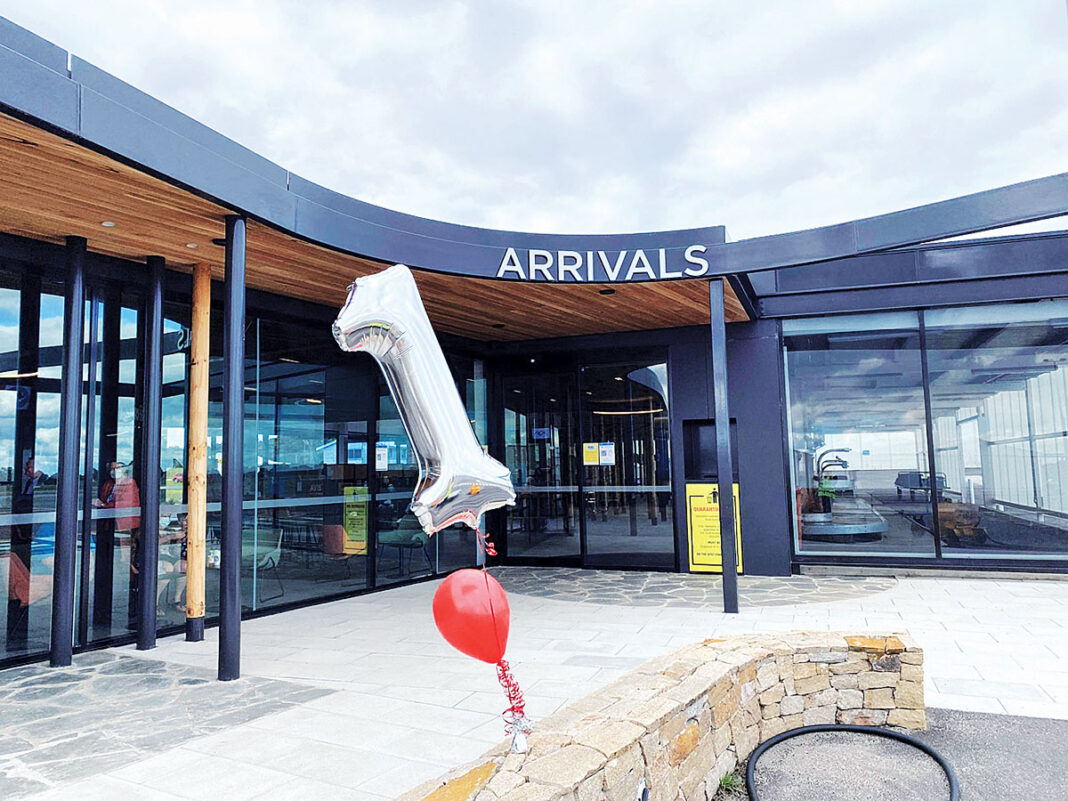 Grant District Council has moved to reassure passengers that air travel from the Mount Gambier Airport remains viable, despite QantasLink announcing on Friday that it was cancelling its Mount Gambier to Melbourne return leg.

The airport is owned and operated by Grant District Council, with Regional Express and QantasLink providing travel from the newly built airport terminal.

A QantasLink spokesperson said the growth potential on the Melbourne route “just has not materialised”, which was due in part to the route being paused while the borders were closed last year.

“From 15 August, Qantas will no longer operate flights between Melbourne and Mount Gambier as customer demand on the route means it’s not commercially viable to continue,” the spokesperson said.

“Qantas first launched Melbourne-Mount Gambier flights in March 2021 and has since offered four different schedules with multiple sales as low as $119 one-way, in an attempt to stimulate demand and encourage people to fly between the two cities, rather than drive.

“Unfortunately, months of closed borders in 2021 and travel uncertainty means that we have not seen the demand we expected.

“We saw genuine growth potential on the Melbourne-Mount Gambier route but unfortunately, we have not seen the growth materialise and it’s no longer viable for us to continue operating.

“We remain committed to the Mount Gambier community with our flights to Adelaide and are working with tourism partners to promote all the Limestone Coast has to offer.”

“We are pleased we still have two carriers on the Mount Gambier to Adelaide return trip with QantasLink committing to that route,” he said.

Mr Whicker said council was looking to the future, with passengers returning to air travel following more than two years of border closures and route disruptions due to the COVID-19 pandemic.

“Pre-COVID we were averaging 6800 passengers per month, and over the last four months we are now averaging 6550 and we also had 7100 in June, which was the best June figure since 2012,” he said.

“With the improvement in the frequency of flights and the reduction of uncertainty of travel, the airport is on the verge of returning to pre-COVID passenger levels.

“Council has budgeted for a deficit of $420,000 this financial year, however if these averages continue that will reduce and depreciation accounts for almost $600,000 per annum, meaning that council’s owning and operating the airport is not a financial burden on the community.”

Mr Whicker said the door was open for QantasLink to reinstate its Melbourne route in the future.

“Those pre-COVID numbers, with only one airline, and the fact that we got competition for Adelaide and better frequency all around holds well for passengers to return to air travel as a regular method of transport,” he said.

“Council still sees Melbourne as a possible growth area, as pure numbers show that at the moment 75% of passenger travel is to Adelaide with 25% to Melbourne.

“Just with those statistics alone it means that growth can be available in the right circumstances.

“We are reassured that both REX and QantasLink are committed to Adelaide and that REX has a viable frequency to Melbourne.

“We do not want anyone to panic and want to reassure the community that air travel is safe out of the Mount Gambier airport into the future.”

Customers with bookings on the QantasLink route from August 15 onwards will be contacted over the coming days and provided a number of options including travelling via Adelaide, a flight credit or a refund.

‘The Mills’ lights up