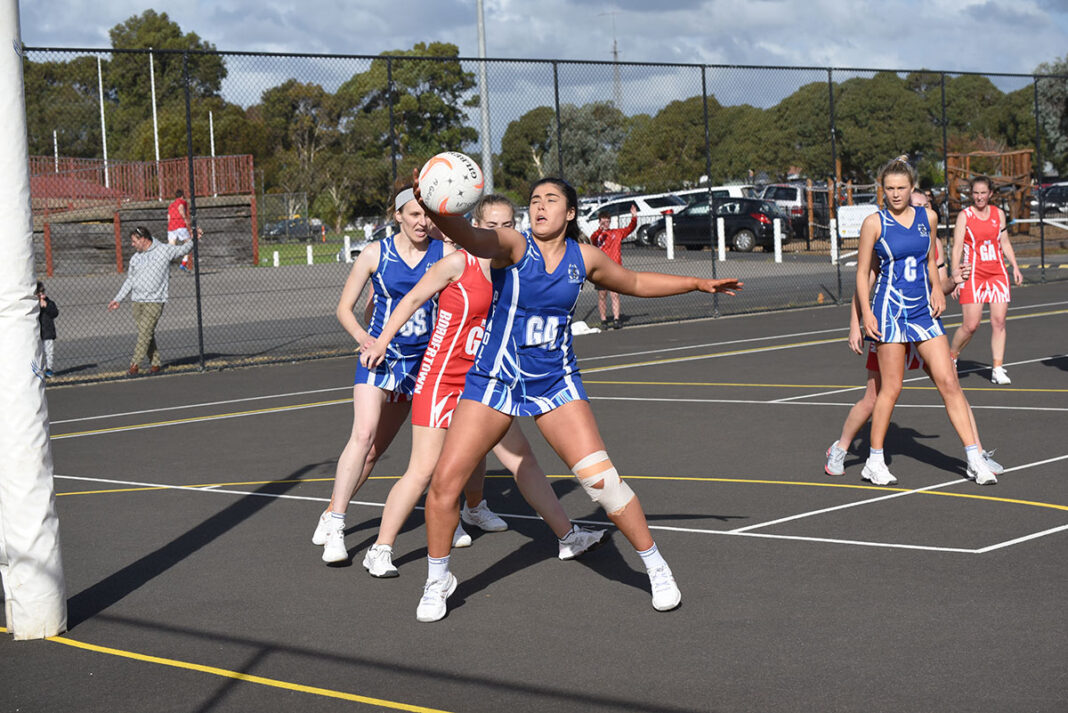 Eagles get on a roll

Penola is well and truly at full flight going back-to-back in the fifth round of Kowree Naracoorte Tatiara netball.

The Eagles played host to Bordertown and flew out of the blocks quickly and having a ten-goal lead into the first break.

Bordertown tried their best to get back the lead but Penola was in dominant form running away with a 30-goal win.

Ashley Earl, Tara Millard and Aril Possingham were on fire for the Eagles assisting at the net while Isabelle Sneath and Zoe Hawker stood out for Bordertown.

No one could of predict a one-goal thrilling win by Kybybolite against Mundulla.

Both sides were neck and neck going into the first break with the home side leading by two goals before the Kybybolite Tigers dug deep in the second to outscore their opponents 17-12.

Mundulla hit back in the third term but to the visiting team’s credit, it came back in the last term to record a one-point win on the road.

Standouts for Mundulla were Paige Marra and Alix Lovering, while Kybybolite Charlee Hodges and Susannah Maber were the two in Kyby’s best.

A solid performance by Border Districts produced a 10-goal win over Lucindale.

The Hawks shot straight out of the blocks and the Roos had no answer across four quarters of solid netball from the Borders.

Lucindale’s Lucy Meyer found the goal ring to be her friend scoring 21 goals while Kelsie Moyle-Read and Annabel Mould took the best awards for Border Districts.

Naracoorte v Keith In another close KNTNA game Keith came out on top with an eight-goal win.

It was an even scoring affair in every quarter for both teams and the Crows came out on top thanks to Erika Lamont, who netted 36 goals.

Demon Lucy Henschke had a good day with 26 goals while the leading Crows were Georgia Gill and Belinda Manser.