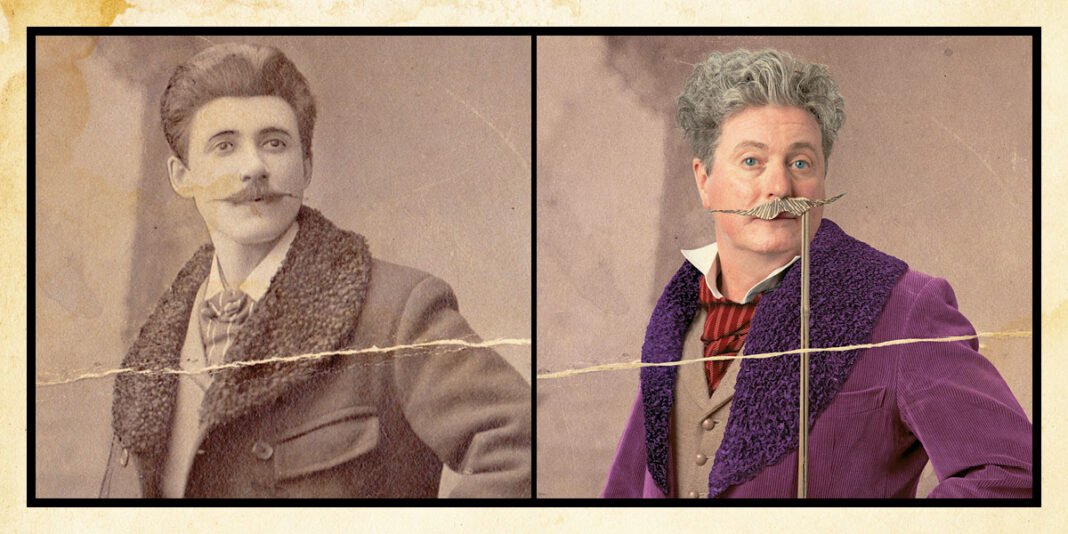 Anew play by Brink Productions is bringing back a little bit of the Limestone Coast history to the stage.

Following George Walker is inspired by the life of Adelaide actor Rory Walker’s great grandfather George W Walker: a vaudevillian and impresario who toured Australia in the early 20th century, alongside some of the biggest theatrical stars of the day.

As a baby George was left in a box on a doorstep in Aberdeen and throughout his career was a restless traveller, working around Scotland, America, South Africa and throughout Australia including the Limestone Coast.

At the end of his days, George returned to Scotland and wrote a memoir that Rory would later find as a young boy, left forgotten in a cupboard in the Walker family home.

Following George Walker is a story of family, community, love and legacy – and laughter.

Rory is bringing the legend back in his performance Following George Walker and cannot wait to bring the frivolity, fun and 20th Century fashion to Mount Gambier and Naracoorte.

“I’m really looking forward to coming back to the Limestone Coast to where my great grandfather George Walker performed in Naracoorte and Mount Gambier back in the 1920s,” he said.

“I can see why George loved the place. Come join me in this vaudevillian extravaganza, it’s a performance close to my heart made for the people of the Limestone Coast.”

As a tribute to his Caledonian heritage, Rory has invited piper Ed Coventry and drummer Anthony Munro from the Naracoorte Highland Pipe Band to join him on stage at the Naracoorte Town Hall for a musical number. Post show the entertainment continues with the full Naracoorte Pipe Band.

At the Sir Robert Helpmann Theatre, Highland dancers from Mount Gambier’s Ardlair School of Dancing will perform on stage during the show, accompanied by Ed Coventry. After the show there will be more dancing from Ardlair School with music provided by the Blue Lake Highland Pipe Band.

Following George Walker is coming to the Naracoorte Town Hall on August 11 and 12. There will be a bar run by the Lions Club fundraising with sausage rolls provided by the Soroptimists International group. It will also be at the Sir Robert Helpmann Theatre on August 15 and 16.

Food fair to be held