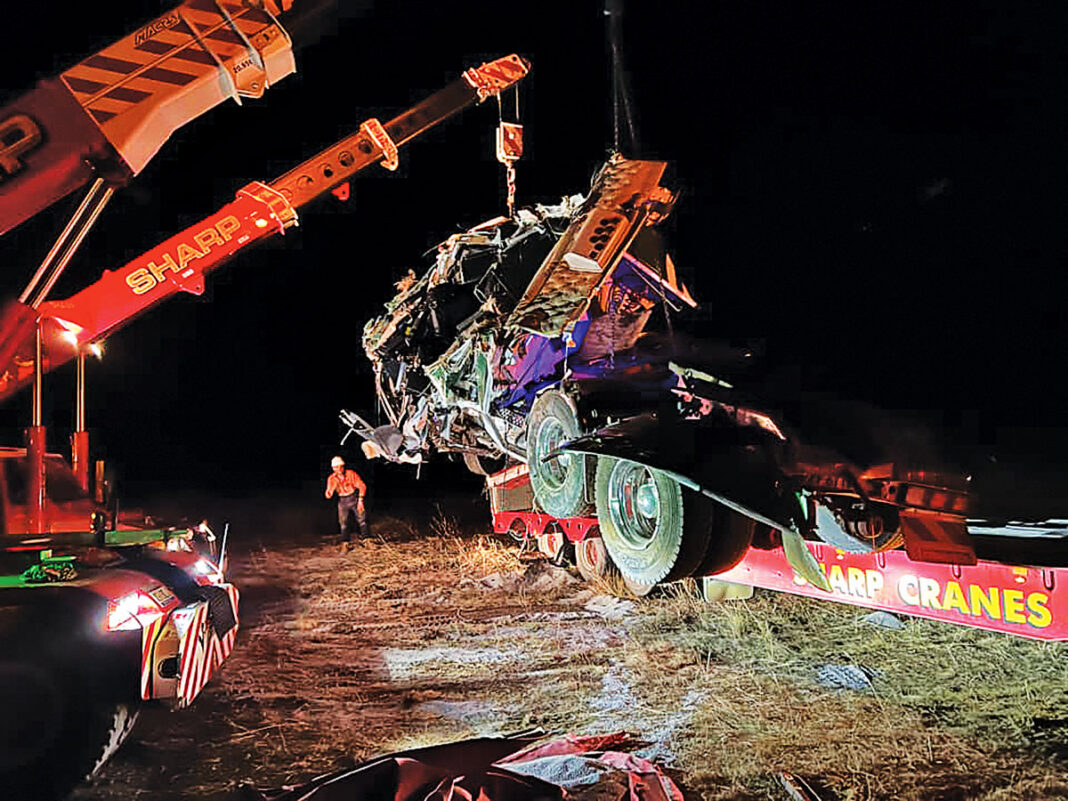 Acrane was needed to remove a crashed vehicle from the Princes Highway at Hatherleigh on Thursday.

At about 1.50pm that day, police and emergency services responded to a crash involving a light truck and B-double on the Princes Highway.

As a result, the light truck containing driver and passenger ended up on its side, and the B-double with driver rolled onto its roof.

The three people involved in the crash were not seriously injured and were taken to the local hospital for treatment.

The Princes Highway was blocked in both directions and the traffic diverted for a few hours while the emergency services were in attendance.

Police would like to speak with anyone who saw the southbound light truck or northbound B-double before the crash.

Meanwhile, there was a second two-car crash nearby around 15 minutes later at the corner of Clay Wells Road and Conmurra Road at Furner.

“Four people were involved but fortunately, there were no serious injuries,” a police spokesperson said.

“The roads were cleared about 5pm.”