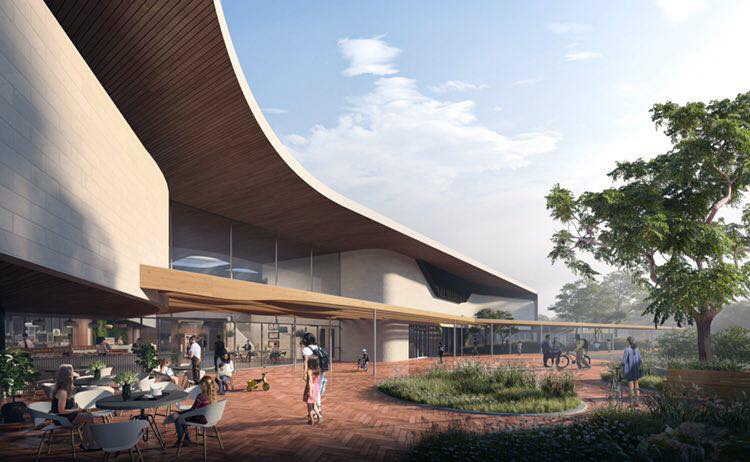 City Council’s 2022-2023 Annual Budget and Business Plan did not receive the full support of council when adopted at a recent special meeting.

Councillor Paul Jenner expressed his “dilemma” when he presented at the meeting.

He wanted to assure the community he is pushing for council to be “honest” and “transparent”.

“I simply cannot go along with the lack of communication to our community anymore,” Cr Jenner said.

“To me we need to be accountable, transparent, honest and have integrity.

“So much of council’s business now is done in confidence and not released in a timely manner I believe.”

Cr Jenner highlighted the Wulanda Recreation and Convention Centre business in confidence as a point of concern.

“Some of that is certainly present in documents to do with Wulanda,” he said.

“Being accountable and transparent must be key to council’s advice to the community … so everyone in the community is on the same page and understands what City Council is doing, where it is going, how it is getting there and by when.”

Cr Jenner quoted council’s Fraud and Corruption Prevention Policy which stated that it would remain “committed to acting in the best interest of the community and to upholding the principles of honesty, integrity and transparency, which are all key components of good governance”.

“Noting the figures I am aware of and what are in the budget, I simply cannot go along with the lack of communication to our community any more,” he said.

“I said this from the start, I have said it throughout the project and at the last two council meetings I have questioned why council is not releasing more information to the community on the Wulanda Recreation and Convention Centre.”

Cr Jenner said his dilemma came after being re-elected to council in 2018 when the finances surrounding the convention centre were “rubbery right from the start”.

“I was very happy to be re-elected back on to City Council.

“I get in and find out all about this wonderful idea for our city, but the finances kept getting worse to a point where last year I told the chamber in open that I voted no for the project to go ahead,” he said.

Cr Jenner said he supported the convention centre idea, however he voted against the financial constraints it posed on City Council for the next 20 years.

He said the budget was the real first chance to see where these challenges hit the community.

Cr Jenner commended council staff on the budget process, however lack of communication regarding the Wulanda Recreation and Convention Centre was his reason for voting against the budget.

“The Annual Business Plan, Budget and Rating Policies in my mind did not give enough current information and guidance,” he said.

“What unfortunately is ahead for the future council, with the lack of funding options, worries me.

“I was trained about the City Council by people like Don McDonnell, John Allen, Merv White, Robyn Cutbush and Hugh Pearson.

“All made sure that I was given my opportunity to communicate with our community in this chamber and be a voice.

“I am afraid I do not believe this is happening at times in this current council chamber.”

After voting took place Cr Jenner called for a division.

He voted against, along with Cr Kate Amoroso, while Cr’s Frank Morello, Sonya Mezinec and Max Bruins voted in favour.

Councillor Ben Hood was absent from the meeting due to “unforeseen circumstances”, along with Mayor Lynette Martin as an apology.

Meanwhile, all councillors voted unanimously in favour of the remaining reports for adoption.

In closing debate Cr Morello said he did not share Cr Jenner’s views.

“It has been a robust process. We have all had a bit to say during that and we have had multiple chances to put forward our views on a multitude of factors,” Cr Morello said.

“We had ample discussion and there has been transparent conversation.

“From where I sit, yes there are some financial pressures associated with Wulanda in terms of what we can do in the near future.

“That’s a given. It’s a major project. There’s give and take.

“That’s the ebbs and flows of major capital expenditure.”

Burston ready to push the boundaries